My Struggle: Book One 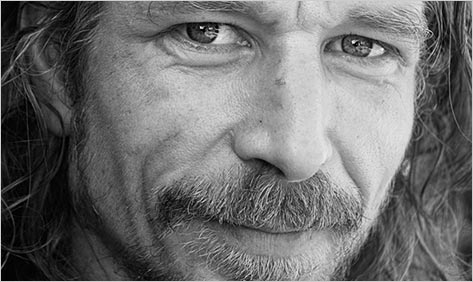 In the summer of 1984, long before he clambered into the front ranks of the international literary scene, Karl Ove Knausgaard got plastered for the first time. Of the two known photographs that memorialized the event, one shows the fifteen-year-old Norwegian, in a pair of shades, clutching a beer bottle in one hand and holding a skull between his legs with the other. Decades later, what should have remained as naught but a record of childish frivolity seems tinged with prescient irony. For in the summer of 1998, Knausgaard buried his father, who had become an alcoholic in the intervening years.

The agony that pulses behind the title of Knausgaard’s recent memoir, My Struggle, is formed, in part, by his contentious and unsettled relationship with his patrimony. (I say “in part” because this is but the first volume to appear in English of a series of six.) His father, a schoolteacher and stamp collector, was a distant man, not given to taking others into his confidence. As a child, Knausgaard lived in a constant state of apprehension due to his father’s mood swings, which set the tempo for family life. After his parents divorced in the mid-eighties, Knausgaard’s ability to comprehend his father dwindled precipitously. Thus, by the end of My Struggle the reader is left, in presumably the same situation as the author, to wonder why a man who was a light social drinker during the first sixteen years of his son’s life fell into a hellish spiral that culminated as he barricaded himself in his mother’s house, where he delivered himself over to abject squalor.

Knausgaard is one of those narrative wizards capable of turning out a book that feels half its length. He shifts smoothly between time periods as he turns over different themes of his life — moving, say, from a childhood memory in the seventies to thoughts about what it’s like to raise his own three children in 2008. If one were hunting for an operative structural metaphor to elucidate his blend of aesthetic craftsmanship, this section, in which he describes standing outside a mortuary with his brother, is worth a second glance:

Standing outside on the pavement, Yngve produced a packet of cigarettes and offered me one. I nodded and took it. Actually the thought of smoking was repugnant, as it always was the day after drinking because the smoke, not so much the taste or smell as what it stood for, created a connection between the present day and the previous one, a kind of sensory bridge across which all kinds of things streamed so that everything around me, the grayish-black tarmac, the light gray curbstones, the gray sky, the birds flying beneath it, the black windows in the rows of houses, the red car we were standing beside, Yngve’s distracted figure, were permeated by terrifying internal images; at the same time there was something in the sense of destruction and desolation that the smoke in my lungs gave me that I needed, or wanted.

My Struggle teems with such “sensory bridges” that interweave description and reflection in an unaffected yet poetic fashion. Out of the ashes of his childhood and the cooling cinders of his youth, Knausgaard has fashioned a memoir that burns with the heat of life.