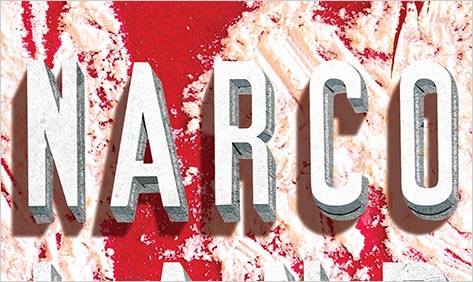 Reading like a cross between a splatter film, a forensics report, and a tutorial in investigative reporting, Anabel Hernández’s Narcoland isn’t exactly the sort of fare that’s ideal for passing a pleasant evening. What it is though, for starters, is brave, given that Hernández’s own life is in jeopardy as a result of writing this exposé on Mexican drug cartels. For this is a book that doubles as civic gesture, documenting as it does a world of corruption that has produced 80,000 deaths since what was optimistically (and laughably) called a “war on drugs” kicked off in 2006.

Though there’s no shortage of intrigue — and you’ll be challenged to keep track of the murders, escapes, betrayals, beatings, double-dealings, frauds, and kidnappings that go down on every page — Hernández writes with a reporter’s detachment, providing an occasional line of almost maternal shaming, a conscience that can’t help but assert itself in this tour of a hell south of the border. It’s hard to imagine finding another book with nearly this much blood in it, nor so much corruption. Everyone, it seems — from the drug traffickers to the government officials to the prison wardens to the judges — appears to be in somebody else’s pocket.

The centerpiece of it all is Joaquin Loaera Guzmán, who goes by the sobriquet of El Chapo. Narcoland is his story more than anyone else’s, a sort of bildungsroman gone horribly wrong. A billionaire with a third-grade education who features on Forbes‘s list of the world’s richest men, El Chapo has lived such an outsized life that his saga needs little embellishment, and Hernández simply states one fact after another, unfurling a story that reads like some horrible mash-up of a flimflam artist’s rap sheet, a saga of bloodletting straight out of the Hostel series, and a Marx Brothers chronicle of absurdity.

Before he rose to the pinnacle of his trade, El Chapo had to be busted out of prison, though one wonders how much better his life on the outside could be from his perspective. His time behind bars seems to have been worthy of  a Mexican Caligula, with extravagant meals, an endless parade of women, and even sex-related contests with his fellow drug barons to see who could hold out the longest before reaching climax with the latest round of conquests. El Chapo’s liberation took on the status of urban legend, with many people believing he had been smuggled out in a laundry cart, but instead Hernández provides us with a more deflating version of the events. Curtains hung over the trafficker’s cell masked a simple costume change: El Chapo walked out of jail disguised as a prison guard.

It is with El Chapo’s post-prison ascendancy that Narcoland is chiefly concerned, in large part because everything the drug lord is involved with begets some new kind of evil in the narrative. One wonders, exactly, if El Chapo is any more corrupt than a host of players that devolve and play their roles in the festering mess. With government corruption deeply embedded in its business model, there’s a feeling that the drug trade is practically civic-sponsored, but there may be no more horrific element to Narcoland than its reporting on the bustling kidnapping trade. This is where the real nightmares kick in — fingers and ears being sent through the post with a kind of sadistic nonchalance that nearly defies belief. El Chapo, the man who has done so much to establish this culture of terror, is perpetually unfazed by any of this throughout his reign — perhaps the most unsettling detail of all.

Hernández’s prose is clipped, but a grim brand of poetry creeps into it not infrequently. “The language of blood is more direct and effective than any other,” she writes, “all of its grammar contained in a single drop.” And while a writer might disagree with such a conclusion, it’s an arresting one regardless, all the more so here given that it doubles as an encapsulation of Narcoland itself. This is a book that you read twenty-five pages at a time and then take a break from, shaking your head in disbelief that everything it contains could really have occurred. That it did only makes Hernández’s undertaking all the more necessary.