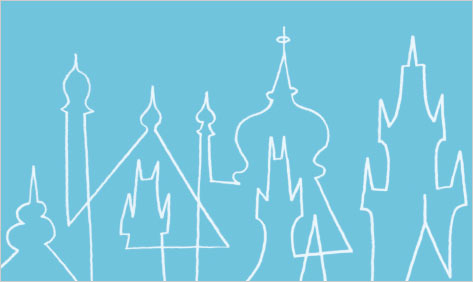 Necessary Errors is the highly anticipated first novel of cultural critic Caleb Crain. Like many debut works of fiction, the book is a coming-of-age story. Crain’s is about a young American man, Jacob, who finds himself unmoored and teaching English in recently revolutionized Czechoslovakia. Like the country, Jacob is going through a metamorphosis, testing the waters as an openly gay man. But when Czechs and expats alike ask Jacob what he is doing, he is unsure of how to answer to them or himself. He wants to write, but can’t find his inspiration. “He had a sense that everything in his life up that point was prelude, which might be safely skipped by anyone who came late to the story.”

Jacob may be a cipher for Crain, and Necessary Errors is proof that he has overcome his block for fiction. Each chapter of this lengthy novel, at 472 pages, features a beautifully rendered description of time and place. “He still had some American change . . . one night, after he had finished his pancakes and jam, he took the coins out . . . admired the burnt sienna patina of one of the pennies, which in the candlelight was iridescent with violet and green where people’s touch had salted it.” With an impressive cast of characters, including Carl, a straight friend Jacob once professed his love to in America, and the lithely beautiful Melinda, Crain has managed to capture that crystallized time in one’s life, after college, when everything is terrifyingly possible. Near the end of the novel, a Czech woman, trying to articulate the idea of being tied down, says “bindings.” Jacob replies, “No, that’s not it.” “A child is one,” she says. “A garden.” “Commitments,” said Jacob. “She doesn’t want any commitments.”