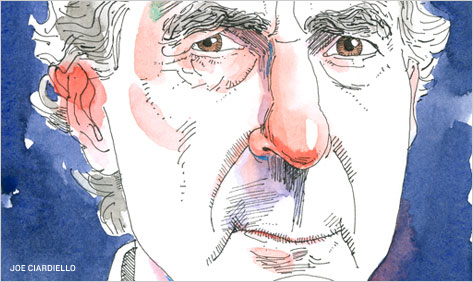 On the “Booksby” pages in Philip Roth’s books, he likes to group his titles, often bytheir lead characters. There are the Zuckerman books, with Nathan Zuckermanleading a long quest to know both his own heart and that of his country (andthese themselves grouped, with the first four, from 1979 to 1983, as a quartet;American Pastoral, I Married a Communist, and The Human Stain, from1998 to 2000, as a trilogy; and TheCounterlife, from1986, and Exit Ghost, from2007, floating on their own). There are the three Kepesh books, with theincreasingly curdling, unknowing David Kepesh; and Roth books, with Rothhimself as a fictional character (even in TheFacts, whichsuspends its subtitled premise as ANovelist’s Autobiography when at the end Nathan Zuckerman shows up to urgeRoth not to publish it). There are Miscellany (criticism and reflection) andOther books, which include some of the most memorable: Portnoy’s Complaint (1969), The Great American Novel (1973),and Sabbath’s Theater (1995).

Up until now, Other is where the very short novels Rothhas been publishing since 2006—starting with Everyman, then Indignation (2008),and, at about 25,000 words, the very, very short The Humbling (2009)—wereplaced. With Nemesis, the four booksare placed together, as Nemeses, and that is how they should be read: as awildly varied single work, even if the group title is, for me, misleading.”Nemeses” implies different nagging, ever-present, elusive, daunting,and finally indefinable and even unbeatable enemies that one must struggleagainst nevertheless. As I read, death is the single nemesis in these books,one after the other, even if in Nemesis BuckyCantor is there at the end to tell his story—the story of a life given up todeath many years before.

Those who seek to pin a novelist’s every offering to hisor her real life—mining for nuggets of what people who fundamentally mistrustfiction can take as merely disguised but fact-checkable autobiographical truth,or in some way paralleling the writer’s status in life as a book appears—willnot find satisfaction here. Everyman,set after the terrorist attacks on the United States in 2001, concerns theslow, almost mechanical death of an unnamed seventy-one-year-old man fromElizabeth, New Jersey, who survives a torment of surgeries and replacementsuntil, finally, he doesn’t. Well, with the lack of a name allowing the hero, orvictim, to be everyman, or one man in particular, you could have read that asthe author’s working out of his own fears of inexorable diminishment if youliked. Written in the third person, the book is stolid, mechanical, banal, andunconvincing—jerry-built. It’s as if the form—the telling of a whole life as itcrumbles, in not very many pages, an argument finally that at its end almostany life can feel as if it is caught up short, and thus can be caughtshort—defeated the writer. But then with Indignation,Marcus Messner of Newark is a sophomore at a small college in Ohio—or ratherwas, as he is telling his story from beyond a very recent grave—and Roth isspeeding the tale on winds of glee, fury, rebellion, laughter, and confusion (“—because I was a Jew, because I wasn’t an engineering student, because I wasn’ta fraternity boy, because I wasn’t interested in tinkering with car engines ormanning tugboats, because I wasn’t whatever else I wasn’t—”) that haven’tbeen at his back since Portnoy’sComplaint.

Only a yearlater in publishing time, with The Humbling,set in the publishing present, there is Simon Axler, a renowned dramatic actorin his sixties recently abandoned by his wife, overwhelmed by an all butabsolute suicidal depression, then rescuing himself with an affair with aforty-year-old lesbian, an affair he convinces himself will last the rest ofhis life and make it new every day. Again written in the third person, the bookis warm, desperate, passionate, funny, with the man and the woman springing tolife in a few sentences and then sent on their way. The story goes to sexualextremes—extremes that quickly reveal one life to the man and another to thewoman. But her new life is real and his is a fantasy, and so he returns himselfto real life with the reality that can’t be gainsaid; as he was about to dowhen the novel began, he kills himself. There is no hint that it was anybodyelse’s fault. There was a truer rescue hidden in the story, but he couldn’t seeit—or rather there was another woman in the story, no older than the woman hefell in love with, but he was not attracted to her, and without that, thehidden rescue is just the reader’s fantasy, and the novelist’s proof that, asAxler says early on to a doctor, “Nothinghas a good reason for happening.”

With NemesisRoth leaps back again, to Newark in 1944, in the summer, polio season—but thisyear, the worst outbreak of polio in a lifetime, and long before there was evena glimpse of a vaccine. The fact of the eradication of polio, an afflictionunknown in the lifetime of most Americans now, only makes Roth’s recreation ofthe disease all but horror-movie immediate: unstoppable, unpredictable,unknowable, evading diagnosis until it is too late, with cases spreadingthrough a neighborhood by the hour and children dead overnight or consigned toan iron lung for the rest of their lives (and what is an iron lung, any readermight have to ask, only to find out, and then be horrified at how polio couldredefine everyday life?).

Bucky Cantor, excluded from the Army because of his bad eyesight, is a young playground director at a Newarkpublic school. He comes burdened with stones: his mother died in childbirth,his father was a convicted felon, he was raised by his mother’s parents, and asthe story opens his grandfather, a rock, is three years dead. Bucky—thenickname his grandfather gave him when, working in the family store as a boy,he showed guts, quick sense, pluck, bravery—has disciplined himself for life. Acareer as a public school teacher is as noble a calling as he can conceive—andas it is a noble calling, it will demand everything he can give. He can neversurrender to fear, temptation, sloth, pleasure, doubt. As we meet him it iseasy to believe that he won’t.

“Mr. Cantor had been twenty and a college junior whenthe U.S. Pacific Fleet was bombed and nearly destroyed in the surprise attackat Pearl Harbor on Sunday, December 7, 1941,” reads an early passage, andany reader might ask—why are you telling us all this? Even if I don’t rememberpolio, I’ve heard of Pearl Harbor. Fromthis point on the same page, the sentences descend steadily, doggedly, likesteps, one piece of information after the other, and you wonder, why is thisgoing so slowly?

It’s not just that Roth has changed speeds again, andagain changed the way the story is being told—it reads so fully as athird-person narrative that the reader can altogether forget that there is ahint in the book’s second sentence that this is not so, and be utterlysurprised when, at the end, the narrator steps forward to seal the tale. Ratherinformation is being pieced out slowly so that the reader experiences how theevents in the story were received as they happened: as explosions that noone—no matter how loud or quiet each event’s arrival, whether Pearl Harbor oran epidemic’s first death—could have imagined as the all-consuming cataclysmsthey would become. As polio spreads through the Weequahic district of Newarkwhere Cantor’s playground is, he visits his mother’s grave, and remembers astory his grandmother told him, about a day when she brought home live carp tomake gefilte fish, keeping “them alive in the tin tub that the family usedfor taking baths.”

One day when Mr. Cantor’s motherwas five years old, she’d come bounding up the stairs after kindergarten, foundthe fish swimming in the tub, and after quickly removing her clothes, got intothe tub to play with them. His grandmother found her there when she came upfrom the store to fix her an afternoon snack. They never told his grandfatherwhat the child had done for fear that he might punish her for it. Even when thelittle boy was told about the fish by his grandmother—he was then himself inkindergarten—he was cautioned to keep the story a secret so as not to upset hisgrandfather, who, in the first years after his cherished daughter’s death, wasable to deflect the anguish of losing her only by never speaking of her.

This is amoment not only of peace and surcease—it is a moment where a life that onceseemed real is slipping into the past, from where it can never be retrieved. Notbecause it will disappear from memory, but because such a secret, wrapped inlove and cruelty—the way the genteel, even greeting-card prose of “hischerished daughter’s death” is ambushed, really killed, by “neverspeaking of her”—is precisely what life is now taking away. As the hammerbegins to come down, one blow after another, nothing can be kept secret. Everybodyknows which house, which playground, which summer camp, which cabin, harbors illness, contagion, and death.The past is meaningless: these deaths are not the wages of any sin. Only thefuture matters, and the future is measured in days that, in an inversion of thecommonplace blues couplet, seem like hours, in hours that seem like minutes.

Nemesis isnever predictable. There is a sex scene between Cantor and Marcia Steinberg,his fiancée, on a wooded island in the lake of the summer camp where Cantorgoes at the height of the epidemic, that—like the sex scene between Jack andAnne in Robert Penn Warren’s 1946 All theKing’s Men—in itsdemureness is in literary terms so purely of the time in which it is set, andthus with all that is barely allowed to happen so thrilling, that you canimagine the joy Roth might have felt pulling it off, and for the moment pullingaway from the nothing-left-out sex scene that upends The Humbling. But even more unpredictable is Bucky Cantoras—testing against an invisible enemy all those qualities in which he steeledhimself as a boy and a young man—his presence on the page grows smaller andsmaller, and the reader begins to cease to trust him.

Bucky Cantor is not very smart. For all of hisself-inculcated virtues, he cannot make himself more intelligent than he is. Thinkingdemands doubt; Bucky Cantor cannot tolerate it. Every decision he makes hemakes in a kind of self-lacerating, self-righteous panic, where there are onlyabsolutes of courage and weakness, and the reader begins to shrink in disgust,or movie-goer refusal (No! They were madefor each other! It can’t end this way!), as Bucky’s embrace of Marcia turnsinto self-abnegation, and all that is left of his life is pride, and here thatsin really is the wages of death.

Whether or not these short novels continue to occupy Roth,under the rubric of Nemeses or not, when one reads them as of a piece, twoqualities in particular stand out. One is playfulness—the creation of a fieldof fiction where one can play with narrators and historical time, where one cancreate characters and allow them to find their own ends. The other isgenerosity, or affection, or love.

Reading Jonathan Franzen’s Freedom, onecan be overwhelmed by the contempt of a writer for his characters: by his proofin almost every sentence, as one person after another is introduced to thereader as a small figure of vanity, smugness, stupidity, venality, or pettiness,of his superiority to his characters. Roth is not incapable of this: there isDelphine Roux in The Human Stain. Butin his Nemeses books he not only follows his characters with empathy, as ifabsorbing their pain as he crafts it; in a way that speaks for the queer andimplacable anonymity of the voice behind each of the books, Roth does not lookdown on his characters, he looks up to them.