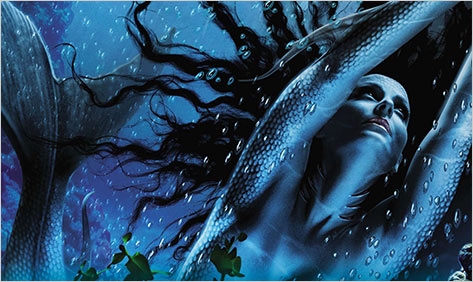 Recently I had an exciting dream. I was attending a mass rally in a huge public plaza that was filled with approximately 100,000 people who had all come to hear Charles Stross speak. Luckily for us, Stross refrained from ordering his minions to perform any mindlessly worshipful or unrighteous acts but instead lectured the crowd of happy fans on science fiction, technology, and the world at large — pretty much just as he does on a regular basis at his fascinating blog, Charlie’s Diary.

This pleasant oneiric fantasy will probably never come true. Stross does not draw Neil Gaiman-magnitude legions to his work or to his convention appearances. His brand of SF is too information-rich, too challenging. It provides intense pleasures at a measurable cost:  substantial readerly attention must be paid to parsing the unique language of SF and to Stross’s elaborate ideational architecture.

There’s no hand-holding in a Stross book; he’s not a beach read. He is and will remain an elite flavor, the epitome of that special skill set and esoteric mode of thought and narrative that is postmodern SF. But those who love his work just can’t get enough. And luckily for us, Stross exhibits a dedication to his craft that produces books at a steady clip. He keeps several series going simultaneously, in fact, and now brings us installment number two in the Saturn’s Children saga, named after the book that launched the series.

That novel is a perfect example of Stross’s chosen steep angle of attack and density of conceptualizing and presentation. The novel’s protagonist, who narrates in the first person, is Freya Nakamichi-47, a completely self-willed and sentient android living some centuries after the demise of the entire human race, at a time when her immensely variegated artificial kind have populated the solar system as our inheritors. (Nod to Clifford Simak and his City here.) We first find her, without any prelude, sitting outside on the balcony of a giant dirigible in the atmosphere of Venus, contemplating suicide. If that’s not enough cognitive estrangement for you, I don’t know where else to send you, except perhaps to someone as hermetic as Henry Darger.

Stross quickly has Freya on the go, harried by deadly enemies and ultimately finding some protection in the employ of the mysterious Jeeves Corp, ferrying illicit cargo around the solar system. Through some quite clever and plausible plotting, we get a Cook’s Tour of the solar system: Mercury, Mars, Callisto (a moon of Jupiter), and Eris (outermost planetoid). All the relevant back-story of humankind’s demise and the subsequent centuries of posthuman development are dispensed through clever dialogue and contextual tidbits, not a crude info dump in sight. We learn that the androids have organized themselves into a stratified social system in which only about ten percent are free individuals, while the rest are slave laborers or indentured servants. It’s a stark commentary on our own age of income inequality. Afoot is a plot to reinstantiate us “pink goo” humans.

Freya’s voice is a deliberate tribute to Robert Heinlein’s female characters, signaled by the book’s explicit dedication to Heinlein and Asimov, and by numerous textual Easter Eggs. The depiction of such a literary construct — not entirely contiguous with female humans as they actually exist, no more than Philip Marlowe resembles real private eyes — is brilliantly done. Freya emerges in charming fashion, one of the main delights of the tale. It’s like reading a mashup of Podkayne of Mars and Friday, layered with the latter-day decadence of Richard Calder’s Dead Girls and some of John Varley’s 1970s work.

Stross rethinks all his chosen SF tropes and furniture: from future economies to the demands of slower-than-light space travel to the matters of personal identity when memories can be shared. His high quotient of fresh invention is awe-inspiring. He accepts no received wisdom but reimagines everything. The level of work involved here is astonishing, but the storytelling still diffuses an effortless air. Perhaps Kim Stanley Robinson’s recent novel 2312 comes close to this standard, but it was plainly indebted to Stross’s book as trailblazer, even down to similar scenes on Mercury and the notion of using asteroids as spaceships.

Of course, Stross ups the ante in Neptune’s Brood. He does so by jumping millennia ahead (humankind has risen and fallen three more times since our initial extinction); by building many strange new venues (a practice about which he candidly blogs at his publisher’s site); and by layering in the “dismal science,” economics, as a plot engine, in a vibrant manner unique to his talents. (If the notion of economics-based SF makes you recall the great parody of Star Wars on The Simpsons, where the characters suffered through hours of cinematic droning about “trade agreements,” rest assured that Stross’s handling of the subject is lively, funny, and fascinating.)  From his invention of three types of money (slow, medium, and fast) to his thoughts on funding star colonies, he comes up with zesty notions that never fail to stimulate thought.

And of course we get a great protagonist, Krina Alizond-114. Unlike Freya, who was both a girly-girl escort and deadly secret agent, Krina is, by training and inclination, an academic, a historian of money who works for a bank, a “mendicant savant.” You might consider her a super-accountant of sorts. And as she herself notes, such an occupation makes for an unlikely adventurer. (Maybe the most unlikely since Piers Anthony wrote about a space-going dentist in Prostho Plus.) Yet despite her mild proclivities, Krina displays considerable intelligence, fortitude, and drive. Her first-person narration is just as charming and inveigling as Freya’s, and her exploits just as awesome.

The MacGuffin that propels Krina’s odyssey is a missing woman named Ana Graulle-90, who just happens to possess information about a fabulous lost treasure, the Atlantis Carnet. This incredibly valuable financial instrument resulted from a bold scam that perverted the nature of slow money and star colonization. As Krina explains, interstellar exploration is already a kind of vast, sanctioned Ponzi scheme. But the organizers of the Atlantis expedition went even further with their fiscal shenanigans, accumulating a huge hoard without providing real collateral. That stash has been missing for millennia, but now Krina has it in her sights.

Her treasure hunting is attended by a variety of cutthroat rascals, nonpareils, and scoundrels, traversing some truly exotic venues. She has to wrangle passage at first onboard a giant spaceship cathedral dedicated to spreading “pink goo” humanity across the galaxy. Then she gets shanghaied by the batlike Captain Rudi, that worst kind of villain: a pirate turned insurance adjustor. On the planet Shin-Tethys, a miraculous waterworld whose submarine “laminar kingdoms” are arrayed in concentric polities, Krina undergoes unwanted bodily metamorphoses to a bizarre form. Finally, she confronts her own ancestral matriarch in a possible battle to the death.

Stross’s humor-rich fiduciary blood-and-thunder caper owes a not-so-secret debt, I believe, to such predecessors as Alfred Bester’s Monte Cristo–esque The Stars My Destination and Cordwainer Smith’s Norstrilia, which in an earlier incarnation was tellingly titled The Boy Who Bought Old Earth. Stross stands shoulder-to-shoulder with these forerunners. But whatever its lineage, this newest offering is a gilt-edged investment that can only appreciate in value.