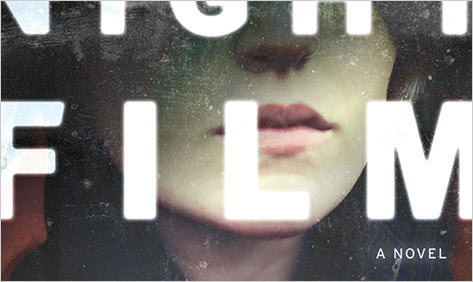 Marisha Pessl’s new literary thriller — arriving seven years after her splashy debut novel, Special Topics in Calamity Physics — captures something true about the viral, jumpy, surface-skittering way we live now. In an age of the infinitely reproducible, Pessl strives for innovation through remix rather than originality. Clichés and too-familiar tropes are prized playthings for her, and the more the merrier. Nothing is new in Night Film except for the abandon with which the author piles on references to movies and magazines and websites and other books; yet by mimicking the frantic hypertexture of contemporary life, the novel keeps reminding us just how much has changed.

Night Film’s narrator is Scott McGrath, a New York City–based investigative reporter who was sued for defamation in 2006 while probing too closely into the activities of a reclusive, Oscar-winning director named Stanislas Cordova. In the wake of the lawsuit, McGrath’s marriage went kerflooey, his high-flying career tanked, and he’s been left to brood in his Perry Street apartment, alone with his memories and a forlorn movie poster of Alain Delon on his office wall.

Cut to October 2011, with breaking news that Cordova’s beautiful twenty-four-year-old daughter, Ashley, has been found dead in the elevator shaft of an empty Chinatown warehouse. Was it suicide or murder? Was she troubled by inner demons, assaulted by someone she knew, or stalked by strangers? And how involved was her father, the sinister, shadowy Cordova — a grand master of horror flicks, notorious for blurring the line between appearance and reality? Intrigued, McGrath grabs the opportunity to restore his reputation by pursuing the case. Along the way, he picks up two helpful young sidekicks: a nineteen-year-old coat-check girl named Nora and Hopper, a small-time drug dealer with a heart of gold and a vague personal history that just might have included an association with Ashley Cordova.

A brash stylistic maneuver energizes the novel’s opening pages, in which Pessl presents facts about Ashley’s life and death through a series of website simulations, newspaper and magazine clippings, and other realistic-looking documents. In a faux NewYorkTimes.com article, Ashley (or, more accurately, an uncredited stand-in for her) stares challengingly in an accompanying photo, looking a bit like a sulkier young Amanda Peet, while a Time.com slideshow clicks through the particulars of Stanislas Cordova’s life, including his three ex-wives and the 300-acre Adirondacks estate that has been his home since 1976 and has served as the location for most of his films.

It’s not the content of these simulations that feels new here: some of it’s cheesy, and all of it looks conventional. Instead, what’s revelatory is the way it draws the reader into the story, precisely mimicking the way one would conduct an Internet search if Cordova actually existed, and thus making the reader complicit with McGrath in searching for clues to Ashley’s death. Even more clever is the fact that some of the more fawning profiles of Ashley — a page from the Amherst College newsletter, for example, which slobbers over her teenage years as a piano prodigy — recall the amped-up media attention Pessl herself received when her first novel was published in 2006. Cheeky, playful, meta, twee: love it or hate it, this apprehension of our current moment — at least as it exists for the readers most likely to pick up this book — is as accurate as any contemporary novel could hope to be.

Pessl more or less abandons the visual aids about halfway through the narrative, but she sustains the atmosphere of ceaseless replication in other ways. Everything here, in fact, is a hologram, a spectral presence that purposefully suggests a thousand other things. (Not for nothing is Pessl’s favorite figure of speech the simile, comparing like with like: the simile for her is as the footnote was for David Foster Wallace, a signature and a manifesto.)  Cordova recalls a bit of Kubrick and Polanski here, a touch of David Cronenberg and Karl Atticus there. His creepy sprawling estate, called The Peak, brings to mind The Shining and Mark Z. Danielewski’s alt-novel House of Leaves. There’s a nefarious priest straight out of The Exorcist, sophisticated Manhattan witches like those in Rosemary’s Baby, a high-end secret sex club like the one in Eyes Wide Shut, ash circles and weird piles of twigs borrowed from The Blair Witch Project, and on and on. Ominous totems are everywhere. Ashley’s red coat, “that blood red stitch in the night,”  tries to conjure the same fear as the red plastic raincoat in Don’t Look Now, while other portents include a compass, a locked box, a disfigured baby doll, a man’s herringbone jacket, a child’s bloody shirt.

Night Film, as these lists suggest, is all MacGuffins and no Jimmy Stewart. Scott McGrath isn’t a credible enough tour guide through this world: he’s slick and flat as a pop-up ad, and other key figures in the book sound too much like him. We follow him down a lot of random roads both urban and rural, some of them imaginatively atmospheric, but none of them particularly scary or thrilling. For a story about the titillations of horror, this has virtually none. It’s too episodic to maintain any suspense, and there is, even in the secret sex club, zero sex.

But I don’t believe that Pessl set out to satisfy the conventions of a traditional novel, and so to argue the effectiveness here of character or plot is to miss the point of the book. I think Pessl is setting up a mirror to show us our distracted, entertainment-drunk culture, where there’s a precedent for every pop-culture reference, an information link for every personality, an Echo for every Narcissus. She’s blithely unconcerned, as she was in her first novel, with any suggestion of depth. Speed and volume are her articles of faith, as they must be ours. “Life was a freight train barreling toward just one stop, our loved ones streaking past our windows in blurs of color and light,” McGrath intones at the novel’s end, with a timeless cinematic flourish. “There was no holding on to any of it, and no slowing it down.”