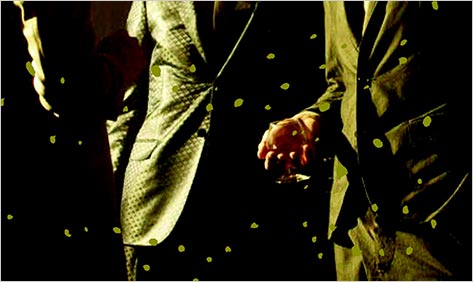 In 1991, 58-year-old Norman Rush won the National Book Award for his hefty first novel, Mating, then took 12 years to follow it with the even heftier Mortals. Like the stories in the slim 1986 collection Whites, both novels are set in the southern African nation of Botswana — a sparsely populated, relatively democratic former British protectorate where Rush and his wife, Elsa, worked as Peace Corps directors from 1978 to 1983. A decade after Mortals, as Rush turns 80, comes Subtle Bodies, and it’s a change. Rush’s third novel takes place on a sprawling estate a little north of Woodstock, shortly before Bush II’s 2003 invasion of Iraq. It centers around a “cult of friendship,” five gifted guys who roomed together in the East Village while attending NYU post-Vietnam, from 1974 to 1978 — led by the owner of the estate, Douglas, who has just died in a landscaping accident. It’s so brief it’s designed to look longer, with narrow pages, largish type, and generous leading — I doubt its 233 pages pack a fifth the wordage of Mortals‘s 712.

Nor is size the only way Subtle Bodies is slight. Mating and Mortals earn their verbosity with sociocultural weight and scope: Mating plumbs a matrifocal utopian community in the Kalahari, while Mortals embroils itself in a tripartite conflict involving Christianity, late capitalism, and William Morris–style agrarian socialism, with apartheid and late Marxism also nosing into the melee. Both are among the finest novels anyone has set in Africa. Novels about old college pals pondering the course of their lives in embattled tranquility, on the other hand, are much easier to come by. There are touches, too, that make you wonder whether Rush had something grander in mind and then decided to get out while the getting was good, an effect he in fact achieved by spending two years cutting the book down. Six pages of minute description are devoted to a right-wing general store that’s barely referenced again. Five pages give it up to a warmly comic cellphone conversation between the chief female character and her mother, presumably so the mother, a lifelong Communist gone New Age, can butt in whenever Rush feels the need for a chuckle.

If the novel’s center is the quintet of old buddies, its protagonist is a couple: the buddy named Ned, a Bay Area peace activist who’s the only non–New Yorker in the group, and his younger wife, Nina, who follows him east uninvited so they’ll be together on the day their fertility doctor has instructed them to try, try again. Nina has never met Ned’s legendary collegiate cohort: reigning wit and literary taskmaster Douglas, a forgery expert, political pundit, and landowning heir who married a beauteous Czech gossip columnist; Douglas’s stockbroker and legal aide-de-camp Elliot, his wife long dead of ALS; Latvian-American Joris, a math whiz turned maritime lawyer, who patronizes prostitutes to protect the world from his married-woman fetish; and gone-to-fat Gruen, married-without-children low man on the totem pole, who produces public service ads. But Nina has always assumed that Ned romanticizes the cohort’s sophomoric intellectualizing and collegiate jokes — that he was the best of them and they were too shallow to know it. For what it’s worth, events prove her right. But she quite likes Gruen and Joris and has reason to wonder whether Ned would have survived the reunion without her — and also whether Douglas’s clique didn’t have a little more going for it than she’d figured. Joris in particular has a better brain than Douglas ever did.

What plot this schema permits has two strands. The first tracks the memorial service, which Elliot and the widow manipulate to shore up Douglas’s fiscally threatened inheritance, assigning the other three buddies roles that disrespect their feelings and their place in his life. The second follows Nina as she busies herself getting pregnant, chatting up the buddies and Douglas’s peeper son and a Frenchman on the make and the Jamaican kitchen boss who knows where the yogurt is, and then delivering all the unpleasant news she’s obliged to pass along to Ned as a result. The news distresses Ned plenty — brings him close to collapse for a bad night. But after you let the book settle in, you realize that it’s nowhere near as bad as you’ve been set up to fear. All along the reader half anticipates a catastrophe to match Rush’s weighty repute. Maybe the death wasn’t an accident. Maybe Douglas was a villain rather than a poseur; maybe the son is a nut rather than a troubled teen; maybe the wife is a black widow rather than a diva. Any of these things might be true, too. But not in this novel.

It won’t surprise Rush fans to learn that in the end Nina has even more to her than Ned. Rush has dedicated all four of his books to Elsa, his wife for 58 years now. Mating is narrated by a woman he’s said is based primarily on Elsa, while Mortals turns on two men’s struggle for Iris, whose beauty may (slightly) exceed Elsa’s but whose jokes I bet are all hers, as in “when he noticed in the paper that Belfast and Beirut had become sister cities, she had said, `What do they do, exchange rubble?’ ” Original and major although each book’s political trajectory is, he’s so into the unimpeded marriage of true minds that sustained albeit challenged sexual relationships are their bedrock. In Subtle Bodies, political content is diminished. Half its politics center around Ned’s surprisingly difficult effort to get each of his old friends to sign a petition supporting the Iraq demo he’s organizing, highlighted by a seven-page debate with Joris, the no-holds-barred intensity of which recalls longer debates in the longer novels. The other half concerns Douglas’s political philosophy, which Elliot assigns Ned to cover at the memorial. What political philosophy? Ned wonders. Opposing fascism? “Proposing various universal solutions to the problem of the persistence of evil in the world”? Ned rankles at Elliot’s guilt-tripping pressure tactics even before his wife delivers her revelations. “I’m working on my assignment, but what is my philosophy, Nina? My philosophy is No Hitting. I don’t have time for philosophy.” And later: “Douglas had an attitude that looked like an idea, to us. We were children.”

So Ned rebels. Where Joris and Gruen will read their appointed scripts, he extemporizes, briefly and effectively. First he adduces without specifying the pranks and jokes the friends have been recalling all week, although Joris is retrospectively unimpressed — “Nothing was funny that we did. Nothing. Almost” — and you can see why. How about shouting “NEW YORK’S TIDIEST” at sanitation workers? Or marching out of the Thalia at Douglas’s command after Maria Schneider fails to wipe herself in Last Tango in Paris? Or jeering Venceremos Brigade reunions because Douglas considers Cuba the “Brave Little Police State”? But maybe the gay comic strips called “Prince Variant” and “Vaseline Alley.” Or the word games in which “a bouncer was an excort and graffiti artists were ulterior decorators.” And definitely the epigram even Joris admires: “War is the continuation of business as usual by any means necessary.” Having explained that Douglas “had the idea he could force the world to be funny,” Ned then reads from Douglas’s finest literary recommendation, Boswell’s Life of Johnson, beginning exactly where Douglas stopped on page 847, saving the rest for a happy day he was robbed of when he fell off the side of a hill. I’m tempted to quote all 167 words, but here’s the nub: “happiness should be cultivated as much as we can, and the objects which are instrumental should be steadily considered as of importance, with a reference not only to ourselves, but to multitudes in successive ages.”

Rush too believes in No Hitting. A socialist imprisoned as a conscientious objector during the Korean War, he’s been forced by events and convinced by his wife to moderate his politics, although never as far as what he called in an interview the “baffled, compromised liberalism” of Mortals‘s spy cum literature professor, Ray Finch (whose wife convinces him to quit the CIA), or as Douglas either. In his two hefty novels, which will surely stand as his Major Work, Rush has the courage to expound and explore his political . . . ideas is about right, not philosophy but not merely attitude either. In this slighter work he’s more autumnal, on a mission to praise the humanitarian utility of human happiness. Like Nina, he believes “life should feel like something other than falling down an endless flight of stairs.” He succeeds so subtly that anyone who admires him the way I do can only applaud his stated determination to spend more time with Elsa and less with his manual typewriter. I hope there are more books — Rush seems uncommonly hale for 80. But he is slow, and if he stops altogether, Subtle Bodies explains why.

Thinking about blubalub, a game Nina invented involving her breasts, Ned muses briefly about his death, a long time from now he hopes: “On his very tall tombstone he wanted inscribed at the top Fun Had, and all the rest would be a list of things dating from Nina coming into his life.”