No One Is Here Except All of Us 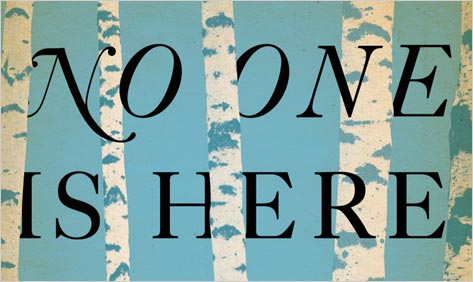 Ramona Ausubel’s No One Is Here Except All of Us combines two currently popular forms of Jewish-American storytelling: the Holocaust novel and the Yiddishkeit homage. We have no dearth of Holocaust-themed novels, of course, and authors such as Dara Horn, Shalom Auslander, and Jonathan Safran Foer have been reimagining Aleichem’s and Singer’s fabulisms through novels set in an otherwise quotidian present. Ausubel gambles by combining the two forms in this singsong parable about the life of a Jewish village in Romania during World War II.

The conceit she devises is initially charming, though it strains credulity, even in a world carefully imagined as a vessel for the narrative magic of a folktale. It is 1939, and the hundred villagers in secluded Zalishik, an island hamlet surrounded by a river, learn about the war when a stranger washes up on the shore with news of approaching horrors. With history becoming nightmare, the villagers decide to isolate themselves, cut off contact with the outside world, and start anew. Lena, then eleven, proposes that to do this they must recreate the world entirely. The child’s precocious insight becomes the template for an audacious communal enterprise: forget all they knew before and start over from scratch. The early chapters unfold day by day, Genesis-style.

But war does come, and it first takes Lena’s young husband, who becomes a character in an odd Mel Brooksian parody of POW life in Italy. Then it takes the village, though Lena escapes with her two sons, roaming and starving until she is taken in by a Russian farmer and his wife. When she leaves their home, she is alone, pregnant, and carrying papers and money to get her to America.

The plot, though, is not the story. Neither is character: Lena and her husband, Igor, are flattened by the mythmaking that lays a heavy somnolence over the novel — a mood strangely at odds with the desperate situation in which these people find themselves. Its dreamy pages are instead concerned with vagaries, longing, family, and the nature of stories writ large. Separated parents and children write each other notes: “This is how I love you.” “I almost remember who you are and I definitely love you.”

Ausubel’s sepia-toned characters vaguely remember in the language of nouns: cabbages, river, mother, husband. Why? Jarringly, the “answer” to the novel is found in the back of the book, in Ausubel’s “A Note from the Author.” She tells us her grandmother told her stories of her upbringing in Romania. “The stories were fables to me,” she writes. She asked her grandmother to tell those stories into a tape recorder and look at pictures with her. “We went through the photo albums full of pictures of men and women who all looked the same…” She wrote her grandmother’s story “in the dark. The legends were nothing more than points of light in a night sky. My territory, my work, was the dark matter, the emptiness of what is not known, what is unthinkable yet can still be felt.”

Generations removed from events, Ausubel explains her tale’s misty obscurity. It is a lovely story, full of a diffuse sadness, but I look forward her future works of fiction — stories hopefully written in a sharper light.