Now I Know Who My Comrades Are 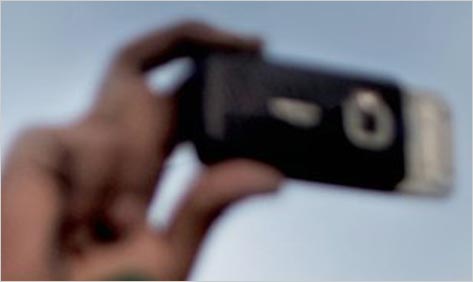 Emily Parker’s Now I Know Who My Comrades Are is a valuable book. The author introduces us to Internet activists around the globe who are trying to tell the truth and to act as a force for positive change; they include Michael Anti and He Caitou in China, Laritza Diversent in Cuba, and the Russians Alexey Navalny and Rustem Adagamov. Such news is always interesting and welcome. The larger question goes unanswered in the book, but it is a vital one for Americans to ask themselves: it’s very nice to admire the struggle for freedom and human rights in distant places, but how do we feel about political dissidents here at home?

The State Department is also listed as having contributed over a million dollars in funding to the New America Foundation.

In Now I Know Who My Comrades Are, Parker’s nominal position is that dissent is good, but it soon emerges that the dissent she’s going to admire is strictly the kind that is practiced outside the U.S. The brilliant, brave, and resourceful activists she describes, all from Communist or formerly Communist countries, are in favor of “democracy” and “freedom.” They all believe in the Internet as a tool for political change — even, tentatively, as a tool for revolution.

The activists Parker studied have been surveilled, arrested, and even jailed for speaking out online. They echo one another stirringly. “We must try to train ourselves to obtain and integrate information in an environment that lacks it,” said Anti. “Otherwise, how can we call ourselves journalists?” Diversent: “I am working hard to get Cuba to respect fundamental human rights, in particular the freedom of expression.” Navalny: “You can keep silent, you can emigrate, or you can stay here and fight.”

“[T]here’s no question that the citizens of the Web are eroding the foundations of authoritarian rule,” Parker writes.

That’s actually very questionable. It is very difficult to see how even a marginally informed reader could greet this naive triumphalism with anything but incredulity, since  authoritarian rule is in terrific shape in quite a number of the world’s countries, Internet or no. Four LGBT activists were just jailed in Russia as I write, on the opening day of the Sochi Olympics; the Putin government’s cruel crackdown on gay Russians continues to intensify. Few doubt that high-profile political prisoners Mikhail Khodorkovsky and Pussy Riot members Maria Alyokhina and Nadezhda Tolokonnikova were released as a PR move, timed for the Olympics (the efficacy of which, in light of the arrests, remains to be seen).

Beyond this — and most significantly, for this American reader — a very good argument can be made that Americans have themselves been living under a form of authoritarian rule for a decade or more, from the signing of the PATRIOT Act to the demonization of Edward Snowden, an “Internet dissident” and whistleblower who cannot now get a fair trial in his own country. Our own rights have been trampled to powder by the rogue NSA. There is ample reason to suppose that the State Department and the writers it helps fund are friends to foreign dissidents to the exact degree that the goals of those dissidents are in line with those of the State Department.

Parker’s description of a 2004 speech given by Dick Cheney in China is particularly revealing with respect to the author’s position vis-à-vis her own country’s politics. (Apparently, Cheney made a speech at Fudan University in Shanghai in the course of a diplomatic visit.)

But when Chinese state media provided the text of Cheney’s speech, serious omissions became apparent. When the vice president talked about “rising prosperity and expanding political freedom” across Asia, the Chinese version mentioned only “rising prosperity.” The phrases “the desire for freedom is universal” and “freedom is indivisible” were omitted, and other cuts were made as well.

“We all should have known that words like ‘political freedom’ couldn’t possibly exist in the Communist Party dictionary!” one angry Chinese forum participant wrote of the alleged bowdlerization.

Parker fails to mention that the concept of “political freedom” was faring none too well in the United States as Cheney schooled those poor, oppressed Chinese. In that very year, the Bush campaign required attendees at campaign rallies to sign a “loyalty oath” to George W. Bush before being granted admission. Dozens were arrested at Bush campaign rallies in 2004 for “protest” as innocuous as wearing T-shirts or buttons against the Iraq War or proclaiming support for John Kerry. Two fifty-five-year-old teachers, Christine Nelson and Alice McCabe, were handcuffed and strip-searched in a local jail for, respectively, wearing a Kerry-Edwards button and carrying a sign reading “No More War” at a Bush rally in Cedar Rapids, Iowa.

Later in the book, Cuban blogger Reinaldo Escobar explains to Parker how blogging can help liberate Cubans from their political submission. “People have to search for their own voice because they never had one,” he tells her. “These are people who were speaking with someone else’s voice for their entire lives, the voice of Granma, the voice of the television news, the voice of Castro…. In Cuba, people have to fight for information.”

How many Americans today speak with “the voice of the television news” delivered by their cable channel of choice? How much do Americans “have to fight for information”? How many American writers in recent years have been content to parrot, not only the unreconstructed falsehoods of Dick Cheney and George Bush but those of James Clapper, Keith Alexander, Diane Feinstein, and Eric Holder, and half the rest of the government? Had Parker addressed these questions head-on, Now I Know Who My Comrades Are would have been a far more interesting book. At least it throws them into the harsh light of day.

Maria Bustillos is a writer living in Los Angeles.