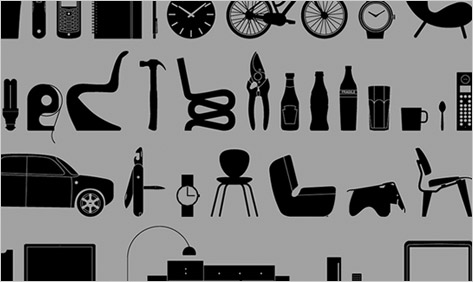 ” ‘Democratization of design’ is an empty slogan,” sighs the MoMA curator Paula Antonelli, as tracking shots scan the madding crowds at Ikea and Target. “I grew up with good design in my home, with all the Joe Columbo and Achille Castiglioni pieces, not because we were rich, or my parents were educated in design. Not at all, we were totally middle class — my parents were doctors.”

Viewers sensitive to tin-eared snobbery — or commodity fetishism — might expect to be riled by a cast(e) of characters for whom all problems resolve down to taste. That they’re reeled in instead is a sign of the serious charm of Gary Hustwit’s paean to industrial design — itself a pristine Bauhaus rendition of the familiar talking-head documentary, shot in hyper-crisp digital video that, refreshingly, makes no attempt to simulate the gauzy subtleties of celluloid. Aesthetic honesty is Objectified‘s sine qua non, a lure elsewhere traced through its roster of featured objects: From ergonomic apple peelers and Japanese toothpicks to iPhones and Roombas, Objectified‘s vignettes redeem taste as a measured calculus of form, function, and fabrication, revivifying in the process a midcentury modernism’s faith in the emancipatory potential, and rational progress, of mass material culture.

Hustwit traversed similar terrain, in identical style, with his 2007 debut, Helvetica; anchored in the development of a single sans-serif font, it remains the superior narrative of modern(ist) design for the uninitiated. Where the looser, more ponderous Objectified shines brightest is in its loving glimpses inside the offices and workshops of practitioners: designers large (Apple’s Jonathan Ives) and small (Parisian brothers Ronan & Erwan Bouroullec), as well as museum curators and newspaper design critics. Here, “democratization” really loses its meaning: At a time when creative landmarks like The Office and Mad Men weekly insist on the mendacity of post-industrial labor, the sight of snobbish expertise, joyously tinkering at work, is revelation — and inspiration — enough.