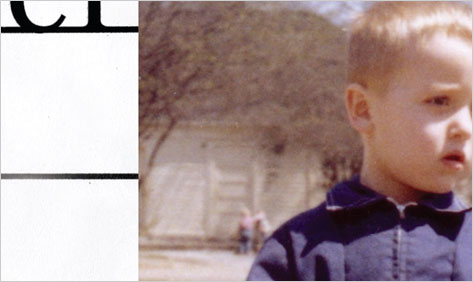 In researching Asperger’s syndrome, which is the central focus of Tim Page’s new memoir of childhood, Parallel Play, I found a lot of conjectural lists of famous people who may have had this condition, along with evidence to support the conjecture: it took Leonardo 12 years to paint the Mona Lisa’s lips; Louis IV, king of France, bathed once a year; Bill Gates’s first invention, Traff-o-Data, was a device that counted the number of cars passing a point in a road; George Washington so feared being buried alive that he ordered that his body be laid out three days prior to burial, so as to make sure he was really dead.  There are also apparently confirmed cases of Asperger’s among notable living people, including Dan Aykroyd, Satoshi Tajiri (creator of Pokemon), and Steven Spielberg.

Tim Page certainly belongs on that list, and in fact is on the Wikipedia list of prominent “Aspies.”  He has won the Pulitzer Prize for his music criticism, has published more than a dozen books, and teaches music and journalism at the University of Southern California. In 2007, he wrote a piece for The New Yorker in which he revealed his Asperger’s syndrome. “In the fall of 2000, in the course of what had become a protracted effort to identify — and, if possible, alleviate — my lifelong unease,” he said, he was given this diagnosis. That magazine piece has now been expanded into a brief, affecting, often funny, and sometimes strange book.

Early on, in one of the very best descriptions I’ve come across of the way the Aspie minds works, Page writes of himself as a child:

Caring for inanimate objects came easily. Learning to make connections with people — much as I desperately wanted to — was a bewildering process, for they kept changing…. Not only did I not see the forest for the trees; I was so intensely distracted that I missed the trees for the species of lichen on their bark.

He proceeds to document this social impediment in hilarious, excruciating, and sometimes moving anecdotes. The book reproduces a stick drawing he did of himself when he was 11, and you would swear the artist couldn’t have been more than 5, so primitive is the rendering. Not only that, but this scarecrow is under attack from a bomb, TNT, a knife, a bullet, a grenade, and a rattlesnake, even though his word balloon says, “Everyone loves me” and he is wearing a crown. At the age of 3, he found the death of his grandfather so profoundly upsetting that he became obsessed with the idea of mortality. His first autobiography, written at age 9, he calls “a decidedly curious few pages devoted almost exclusively to the losses I had sustained.”

The family lived in Storrs, Connecticut, where Page’s father landed as a tenured professor at UConn when Tim was in grade school. He stumbled through it, with social and academic difficulties that grew so marked that between the ages of 7 and 15, he tells us, “I was given glucose-tolerance tests, anti-seizure medications, electro-encephalograms” and was “grilled” once a week by the school psychiatrist. His grade-school report on “Making a Living in the Amazon,” the product of a week’s work, consisted of four short sentences. The first contained a touch of perhaps inadvertent  poetry — “In the dense, rainy rain forest” — and the too-quickly-arriving last concluded, with perfunctory drollery, “You are very limited as to what to do for a living in the Amazon rain forest.”

Page also tells of his strained relationship with his father, who thought his son was a genius but had emotional difficulties of his own: “My father found it easier to convey deep feeling in carefully crafted written words than in any sort of spontaneous verbal expression.” (Hmm, you think — there must be a connection.) But the boy in fact was in his own way a genius: he began developing intense interests in music, film, maps, and history — typical Aspie preoccupations. He somehow made it through adolescence, despite some awful false starts with girls — when asked by a girl after sex if he would “still feel the same way tomorrow,” he thought for a while and then said, “‘I have absolutely no idea'” — and to some extent thrived during the disaffections of the ’60s.  Makes sense — it’s not hard to imagine mistaking Asperger’s detachment for hipness.

As he got older, Page suffered bouts of depression and was involved in a fatal car crash, fell victim to panic attacks, loved and lost (resulting in cataclysmic grief), but all the while deepened his interest in and knowledge about music and began to meditate — a practice that he continues to this day and that has benefited him enormously.  One summer, when he was still in his teens, his mother sent him to the Tanglewood Music Center, in Lenox, Massachusetts — an experience that proved to be “nothing short of an awakening,” as Page puts it. After that, he attended the Mannes School of Music, in Manhattan, and the writing program at Columbia, and eventually, with his eclectic taste and inexhaustible curiosity, began writing criticism.  Page dates his critical coming-of-age to his discovery of the compositions of Steve Reich, and if you are familiar with that music, don’t  you just intuitively know why it would appeal to someone with Asperger’s?

Parallel Play ends with a brief summary of the author’s life as an adult — marriage and almost inevitable divorce, parenthood that Page both welcomed and avoided, a new relationship in which he finally allowed himself to experience real intimacy, and then a devastating abandonment. Now, despite his accomplishments and a fullness of life that probably most people in his situation don’t get to enjoy, Page says, “I am still gloomy and anxious much of the time — more so, in some ways, than when I was young.” But still, he says, “There will be films to watch, there is music to listen to, there may be something to say.”

Which leads us back to the author’s description of how it felt to have Asperger’s as a child — the dismay at the way people “kept changing.”  I have little scientific knowledge of this syndrome, of course — little understanding of the wiring of the Aspie’s brain, or that of my own — but reading Parallel Play has helped me understand in a more direct way the feelings of Aspies, the appeal of fixed experiences for people with this condition. A movie basically stays the same forever, so do historical dates, places on a map, musical compositions (with some room for individual interpretation), mathematical formulae, electronic devices, and so on: these phenomena do not keep changing. What comfort for a sensibility so attuned to and bewildered by and often hurt by mutability. We all have at least some of this craving for stability and permanence, and Page helps us understand what it must be like to be much farther out on this spectrum of longing and awkwardness.

The writing here is for the most part clear, conversational, mordantly funny.  In fact, you wonder how the author can have such a wide palette of expressiveness, given the nature of his nature.  And only occasionally did I detect a wisp of Asperger’s in the voice. For example: “My reading on Zappa led me to Captain Beefheart (born Don Vliet).” “Born Don Vliet”?  It seems odd to add this footnote of precision to a passage about musical passions. And the cries of a rape victim in Willimantic, Connecticut, “attracted the attention of a rescue team, and Frank [the rapist] was soon fleeing through the woods, of which there were then a great deal.” “Of which there were then a great deal”?

If you read Page’s piece in The New Yorker a couple of years ago, that may be all you need. Like more and more books these days, this one is pretty short and feels truncated — you may expect a fuller picture of the author’s more recent life than the one sketched here.  But if you didn’t read the magazine piece and you are at all curious about this increasingly recognized condition, or why your neighbor won’t meet your eyes, or some people enjoy routine so much, then…well, then, you might also like to know — as Tim Page himself might tell you, with his admirable humor and self-awareness — that the galleys of Parallel Play measure exactly 8 1/2 by 5 1/2 inches.