THE YEAR IN READING

Permission Granted: Women and the Essay in 2014

This has been a great year for essayists, and more specifically for women essayists. What people mean by this, principally, is that this year books of essays written by women proved commercially successful. Lena Dunham, Leslie Jamison, and Roxane Gay (the last of whom, full disclosure, is a friend of mine) all hit the bestseller lists with them. By measure of money the achievement was clear. By the measure of culture, always the more troublesome yardstick, less so.

Exhibit A of the confusion: When the New York Times Book Review at last tuned into the craze a couple of months ago, its columnists, Cheryl Strayed (the author of Wild) and Benjamin Moser (the biographer of Clarice Lispector and, soon, Susan Sontag), were skeptical. They were concerned about the ancient perils of classifying work written by women as “women’s work.” Strayed said the Internet’s love of the personal essay was simply bleeding into culture. Moser said it could be that the essay’s bourgeois origins were simply opening to a wider audience.

These are answers of a kind, but you can make the cultural algebra come out much simpler: we’re getting used to accepting not just that women have authority to speak of themselves on the page, but that their authority might have a general application beyond their personal experience. 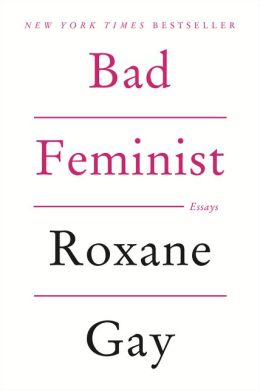 The move between the personal and the general has been inherent in the form from its origins. The origin of the essay is usually traced to Michel de Montaigne pacing in his minor French castle. In her rightfully celebrated How to Live, or A Life of Montaigne, Sarah Bakewell explains that Montaigne’s essays “rarely offer to explain or teach anything” themselves. He was simply recording his experience, she said, and his curiosity about it. Bakewell also quotes Virginia Woolf, whose own short study of Montaigne made a similar point:

But this talking of oneself, following one’s own vagaries, giving the whole map, weight, color, and circumference of the soul in its confusion, its variety, its imperfection — this art belonged to one man only: to Montaigne. As the centuries go by, there is always a crowd before that picture, gazing into its depths, seeing their own faces reflected in it, seeing more the longer they look, never being able to say quite what it is that they see.

The crowd before the picture is actually a key element of the essay form; an essay succeeds or fails on its ability to induce recognition in readers.

There is a lot of disdain, today, for the intellectual value of the act of identification. Rebecca Mead, for example, recently wrote in The New Yorker of her frustration with the requirements of “relatability,” mostly with reference to fiction. And it is certainly true that as a marker of commercial and critical viability the standard is frustrating, because marketing executives are frustrating thinkers on the whole, and they are behind the rise of “relatability.” 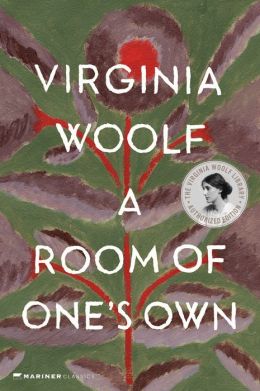 But there is something going on in people looking at what we see looking at Montaigne’s portrait, to borrow Woolf’s metaphor, that goes beyond pure solipsism. His work — like Woolf’s, come to mention it —  reaches down through ages and layers of widely various experiences. It does so by a maneuver that lets readers recognize their own thinking in the writer’s queries and wanderings, without demanding that the writer’s experience mirror the reader’s  own. The  brilliance of Bakewell’s biography chiefly comes from her focus on Montaigne’s questions, and it helps us see that difference between identifying with “having questions” and identifying with the precise nature of the way one person has answered them that really defines the appeal of the essay.

So far, so universal — but the act of questioning had a special political shade for  women of the twentieth century. The model of femininity that the many waves and strands of feminism sought to destroy was about deference, where being “good” is equated with accepting the authority of others (daddy, husband, president) rather than asserting it for yourself. The tension between wanting women as a whole to rise, without demanding unquestionable allegiance to each other — the fraught nature, in other words, of  “sisterhood” as an ethic — comes out of the fact that feminism would never have happened without someone asking all the questions that silently nagged us. That’s why feminism is always so noisy and internally fractious; it all traces back to the simple act of overcoming your fear of asking (frequently discomfiting) questions in public.

For me the problem of claiming this is a “golden age for female essayists” lies in that fact. The truth is that women have been doing this sort of interrogation since the beginning of print culture. It is so very tempting to credit Virginia Woolf as the first woman to break the silence in A Room of One’s Own. But A Room of One’s Own appeared first as a lecture in 1928. Go through newspapers and magazines from before that date and you will find a host of women doing it. Margaret Fuller is one; Nellie Bly another; Rebecca West yet a third. They may have been “journalists,” and on some level their prose might not have had the force of Woolf’s. But they were doing what she describes as the crucial act: breaking their silence and writing from the authority of experience.

The women who follow them were more experimenters in an extant form. Some are better known than others, and it is true that there is a certain uselessness to lumping them together as “women writers.” The essays of Joan Didion are very different from Susan Sontag’s, though Sontag and Elizabeth Hardwick sometimes echo each other in their willingness to hide autobiographical material behind abstract subjects. Nora Ephron’s work bears little to no resemblance to Janet Malcolm’s. Not a one of them sounds anything like Lorraine Hansberry or Nella Larsen. 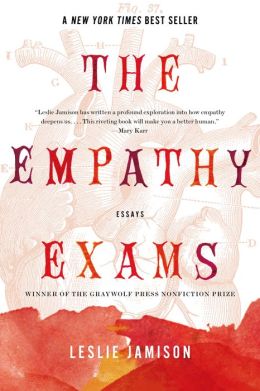 Parsing out the intellectual and aesthetic merits of each woman’s approach is its own kind of query. There is a level of subjective taste involved. For myself, I am partial to the dread of Didion, the stoic weight of “We tell ourselves stories in order to live.” I also like Malcolm’s playful intellectualism. Both Leslie Jamison and Meghan Daum prefer to salt their reporting and analysis with personal anecdote, but the spirit of inquiry is easily detectable in what they do; they’re curious about something, and simply find the essay form the best route to an answer.

But then I also have the standard form of attraction to these writers: curiosity about their confidence. In an essay on women, writing, and envy, Kathryn Chetkovich voices a concern that still resonates widely: “I wanted what women always want: permission.” Well, we have been gradually accumulating it for ourselves over the course of a century or more. It may be that the popularity of women’s essays collection, women are finally starting to truly believe that they have that permission. Because the funny thing is that the longer we have asserted that authority, the tighter pulls the loop between women’s longing to speak and the delight that we will be heard when we do so.

Previous Previous Post: Fields of Blood: Religion and the History of Violence
Next Post: Spotlight on the Queen Next