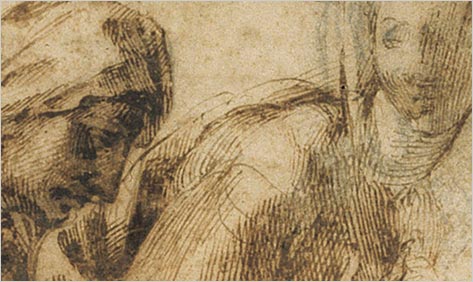 On Easter Sunday, 1327, a twenty-two-year-old former law student turned aspirant priest named Francesco Petracco went to mass at a church in Avignon, France. There he caught sight of a woman named Laura, and at a stroke he was condemned to lifelong misery and eternal fame. As David R. Slavitt renders it in Petrarch: Sonnets and Shorter Poems:

It was on that day when the sun’s bright rays fade
in pity for its maker’s passion that I
was taken unprepared at the instant when my
eyes met your eyes and I was at once betrayed.

Petrarch, as he is known in English, would go on to produce many works in Latin and Italian, on subjects ranging from the Punic Wars to the geography of the Holy Land. As one of the first humanists, he was instrumental in the revival of ancient learning that led to the Italian Renaissance. Yet his status as one of the most influential and beloved poets in European literature rests on the collection of 366 poems he wrote to and about Laura, known as the Canzoniere, or “Songbook.”

In these poems, Petrarch invented the sonnet as a vehicle of reflection and thought, in particular thought about the experience of being in love. Shakespeare’s and Sidney’s sonnet sequences would have been inconceivable without Petrarch’s. Yet translated into English, Petrarch’s sonnets have a tendency to sound monotonous and overly conventional. Slavitt’s impressive achievement in these interpretations, which include almost all the poems in the “Songbook,” is to pare down the music of the sonnets in order to make their intellectual core more visible. Because English is much poorer in rhymes than Italian, Slavitt departs from the rhyme scheme of the original, turning Petrarch’s ABBA ABBA rhymes into a more forgiving ABBA CDDC. More important, he allows the sentence priority over the poetic line, using enjambment freely and deemphasizing the rhyme words:

O sun, the source of all life, the one tree
I love, you have loved, too, and her equal has
not been seen on earth since Adam was
in that sweet place where we all yearn to be.

The result is to highlight Petrarch’s endless inventiveness of thought, instead of the suavity of his language — indeed, Slavitt’s versions are often spiky and metrically uneven. The basic emotional situation of the sonnets can be described in a sentence: Petrarch is in love with a woman he cannot possess because she is married, and he cannot decide whether the pleasure of his love is greater than the pain it causes him.

Yet Petrarch effortlessly draws hundreds of variations from this theme. In Sonnet 16, he compares himself to an old man on a pilgrimage to Rome: just as the pilgrim sees paintings of Jesus and hopes to see Him once again in Heaven, so the poet sees “faces that can suggest your greater / beauty I think of always and dream about.” In Sonnet 89, he is an escaped prisoner who finds that he cannot “survive in the open air,” without the love that chained him. In Sonnet 199, he imagines Laura’s gloved hand pressing upon an open wound in his body. Even when the earthly Laura dies, Petrarch’s relationship to her continues, as she becomes a perpetual grief and his guardian angel:

Peer at that rock where the Sorgue’s waters rise,
and you will find me, wandering aimlessly,
clinging to thoughts of you while from my eyes

tears fall, but look away then, lest you be
troubled by any regrets. In the tranquil skies
take comfort in the mists of eternity.

What could smell better than the hardened digestive secretions of a whale? In Floating Gold: A Natural (& Unnatural) History of Ambergris (Chicago), Christopher Kemp shows how the quest for ambergris, whose rare scent made it a treasured ingredient in perfume, has affected the economy and ecology of the world.

Though Cinco de Mayo is a holiday commemorating a Mexican victory over the French, Americans are much more likely to celebrate May 5th than Mexicans. As David E. Hayes-Bautista shows in El Cinco de Mayo: An American Tradition (California), the holiday was born not in Mexico but in California during the Civil War; ever since, it has offered a window onto American Latino experience.

Yarrow Mamout was sold into slavery in Guinea and endured the Middle Passage in the eighteenth century. By the end of his life, he was a free man and such a notable Washingtonian that he had his portrait painted. In From Slave Ship to Harvard: Yarrow Mamout and the History of an African-American Family (Fordham), James H. Johnston traces the story of Mamout and his descendants down to the twentieth century, in a thoroughly documented case study of African-American history.