Resilience: Reflections on the Burdens and Gifts of Facing Life’s Adversities 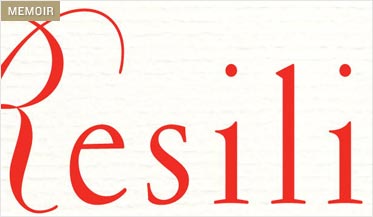 “If you have picked up this book in hopes that in it there will be details of a scandal,” writes Elizabeth Edwards in her avidly discussed Resilience: Reflections on the Burdens and Gifts of Facing Life’s Adversities, “you should now put the book down.”

Now she tells us.

That advice, which comes on page 171 of Edwards’s 213-page volume, will not please readers who were inundated with pre-release chatter about Edwards’s response to her husband, John’s, disclosure, just after he’d announced his presidential candidacy, that he had had an affair. There were the juicy quotes from a copy leaked early to the New York Daily News, from which readers learned that, when John confessed to the affair, Edwards “cried and screamed” and “went to the bathroom and threw up.” There was Edwards on Oprah, admitting that she had “no idea” if John is the father of his mistress’s baby: “It doesn’t look like my children, but I don’t have any idea,” she said. Then there was an “exclusive excerpt” in Time that included this illuminating passage:

He wasn’t coy, but it turned out he wasn’t forthright either. A single night and since then remorse, was what he said. There were other opportunities, he admitted, but on only one night had he violated his vows to me.? I felt that the ground underneath me had been pulled away. I wanted him to drop out of the race, protect our family from this woman, from his act. It would only raise questions, he said?the most pointed questions would come if he dropped out days after he had gotten in the race. And I knew that was right, but I was afraid of her. And now he knows I was right to be afraid, that once he had made this dreadful mistake, he should not have run. But just then he was doing, I believe, what I was trying to do: hold on to our lives despite this awful error in judgment.

Right there, in one single paragraph, you’ve got deceit, betrayal, regret, even forgiveness. Surely, there are more tantalizing tidbits to be found in the book?

Well, yes and no. The book’s ripe revelations about John’s affair with campaign videographer Rielle Hunter — or his “indiscretion,” as Edwards, who pointedly declines to utter Hunter’s name, unvaryingly calls it — have, in fact, been pretty well picked over at this point. So while there’s something deeply sympathetic about, say, Edwards’s scorn for Hunter’s “You are so hot” opening line — “If you had asked me to wager that house we were building on whether my husband of then twenty-eight years would have responded to a come-on line like that, I would have said no” — we’ve already watched her have a good, derisive chuckle over it on daytime TV. Enough already.

But once we stop indulging in repeat trips to the scandal snack bowl, we might also find some meatier insights to chew over. After all, her husband’s infidelity and deception is only one of the difficulties life has thrown Edwards’s way. Her struggle to regain her footing following the death of her teenage son, Wade, in a car crash in 1996, and her own battle with cancer, initially diagnosed immediately after John lost his vice presidential bid in 2004 and detected again shortly after he’d decided to make a second White House run, are also explored in depth here.

One counterintuitive revelation: While we think of the pressures of a public life as merely adding to psychological stress, Edwards has repeatedly taken great comfort from her connections with strangers. After spending months visiting Wade’s grave daily, burying her nose in the bed sheets that still carried his smell, looking in closets and opening drawers in grief-addled hope of somehow finding him — “Drawers! He was six feet tall,” she ruefully marvels — she eventually discovers online grief groups and begins to rebuild her life with the help of people she has never met. And after going public with her cancer diagnosis, she read each and every one of the 65,000 emails and 30,000 pieces of snail mail from supporters, tucking their good wishes around her along with the handmade quilts and knit caps they sometimes enclosed.

But while cancer and the death of a child elicit expressions of support and gestures of comfort, marital infidelity is another story. Though she had worked hard to come off well in her public persona, making sure she was up on the issues and campaign talking points, trying to remain grounded in the “fish-eye lens” of celebrity, after news of the affair broke, Edwards writes, she “felt thoroughly and publicly humiliated.”

So why did she stick with her ambitious, unfaithful mate? Why did she continue to campaign by his side, even when that, in a sense, implicated her in his deceit (some voters and staffers trusted him because they trusted her)? Her answer may reveal something about all those political couples — the Clintons, the Spitzers, the Vitters, to name just three — who’ve remained together in the wake of betrayals and public shaming. “We were lovers, life companions, crusaders, side by side, for a vision of what the country could be, and we were an old married couple,” she explains:

And that part about crusading together, it was the glue?and with the strength of these battles in which we were so clearly united, we would regain our strength. I grabbed hold of it. I needed to. I needed him to stand with me, and although I no longer knew what I could trust between the two of us, I knew I could trust in our work together.

Some people stay together for the children and some, one supposes, do it for the electorate. But Edwards also admits, “I was holding on to the life I wanted, even if the life I had was clearly less than what I wanted it to be.” This is all too easy to understand — who among us hasn’t carried on knowing something (a relationship, a job, a home) was less than perfect simply because it was easier to do so than to make a change as our community looked on?

Edwards’s book is full of quotations meant to inspire — she references everything from the movie Groundhog Day to Stephen Sondheim to Ovid to the poet-songwriter Leonard Cohen to a friend’s fortune cookie (“You cannot change the wind, but you can adjust the sails”) — but even those of us who resist coffee mug–worthy sayings may find ourselves impressed, as ever, by Edwards’s candor. She doesn’t always come off well here, but she always comes across as human. And if we like her a bit less when, say, she paints a portrait of the perfect family decorating the Christmas tree (albeit while pointing out the hidden imperfections), we forgive her when she confesses, “One of the reasons that I spend time labeling baskets and organizing Christmas ornaments is that I have tried to create a world for my family that will last longer than the years I now have left.” Her willingness to uncover her fears, doubts, flaws, and motivations, which often reflect our own, accomplishes what she presumably set out, in part, to do with this book: rebuild our regard for her. After all, though Tennessee Williams is not among the many writers quoted in Resilience, Edwards has always depended on the kindness of strangers.