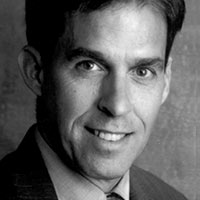 Rick Atkinson’s readers — devoted and plentiful — won’t be surprised to see that he has here compiled an impressive and notably thorough list of great books.  Each has inspired and enriched his own research into the history of World War II: its soldiers, its battles, and its immeasurable impact on the modern world.  Such thoughtful dedication and intensive approach have made Atkinson a benchmark historian of his generation. His new book, The Guns at Last Light: The War in Western Europe, 1944-1945, completes his “Liberation Trilogy”, a set of histories chronicling the Second World War with epic scope and a poet’s humanity. This week, Atkinson graciously offers a hearty syllabus of war reportage, of the caliber we’ve come to expect from one of America’s finest journalists.

A Bridge Too Far
By Cornelius Ryan

“One of the best-researched battle narratives written about any war, this book tells the disastrous tale of Operation Market Garden, the Anglo-American airborne and ground assault into Holland in September 1944. Ryan was an Irish combat correspondent in Europe who subsequently emigrated to the United States, worked for Time, and planned a quintet of popular histories about World War II. Sadly, he died prematurely in 1974, after finishing only three of the five war books he envisioned. But what a trio: The Longest Day, The Last Battle, and A Bridge Too Far.”

A World at Arms
By Gerhard Weinberg

“The best single-volume history of the Second World War by a distinguished professor, now emeritus, at the University of North Carolina in Chapel Hill. Weinberg’s breadth, depth, and mastery on the subject are remarkable, whether he’s writing about grand strategy in Europe or an obscure battlefield in the Pacific. Certainly his own history, as a German Jew who fled the Fatherland as a boy, informs his professional writing and gives it a pleasing astringency.”

“Among the most prolific and accessible military historians, Sir Max was a newspaper reporter, a war correspondent, and the editor of two British dailies before turning full-time to book writing. An earlier volume, Overlord, tells the story of Normandy, and this one picks up the narrative of the European war in September 1944, deftly moving between the Western and Eastern Fronts through the surrender of Germany in May 1945.”

“A brilliant scholar whose classic The Great War and Modern Memory is among the most original works ever written about World War I, Fussell was a young infantry officer from California in World War II. Severely wounded in Europe during the closing months of combat, he spent the rest of his long life pondering the awful things he had seen, heard, felt, tasted, and smelled. ‘The Allied war has been sanitized and romanticized almost beyond recognition by the sentimental, the loony patriotic, the ignorant, and the bloodthirsty,’ he wrote, with barely concealed rage. ‘I have tried to balance the scales.’ “

Masters of the Air
By Donald L. Miller

“An exceptionally vivid account of both the men who directed the Allied air war against Germany and the men who fought it. Miller, who has written on subjects as varied as the city of Chicago and the American social critic Lewis Mumford, teaches history at Lafayette College; his experience as a consultant, writer, and collaborator on various film projects, including HBO’s The Pacific, suggests the cinematic eye he brings to this story of pilots, airplanes, and combat in the sky.”

“Quite possibly the most engrossing book yet written about the critical early years on the Eastern Front, beginning with Hitler’s invasion of the Soviet Union and culminating in the titanic, turning-point battle on the Volga River. Beevor is a former British army officer who studied under the legendary John Keegan at Sandhurst; he later turned to writing trenchant, lively, deeply researched military history.”

Commander in Chief: Franklin Delano Roosevelt, His Lieutenants, and Their War
By Eric Larrabee

“This is a group biography about nine of the most senior American military commanders during the war, told through their respective relationships with their commander in chief, Franklin D. Roosevelt. The individual portraits of George Marshall, Douglas MacArthur, Chester Nimitz, and their ilk are deftly drawn, and collectively they offer an illuminating picture of Roosevelt, the greatest American soldier of the war, even though he never heard a shot fired in anger.”

“More than most military historians, I rely on the work of war correspondents, perhaps because I was one myself; they are, after all, paid — underpaid! — literate observers. The group that covered World War II was exceptionally gifted, with the likes of Ernie Pyle, Alan Moorehead, Martha Gellhorn, Don Whitehead, Eric Sevareid, A. J. Liebling, and Iris Carpenter. White was an Australian journalist who wrote powerfully about the campaign in New Guinea and then was sent to Europe in late 1944 to cover George Patton’s Third Army. This little gem is beautifully written, as in his description of the smells in a bombarded city ‘compounded from pulverized brick, old wood burning, water on embers, smoldering flock, exploded TNT, and cordite. Only later, when the city has stopped burning, does this perfume of destruction become a stink.’ “

“Lieutenant General ‘Beetle’ Smith, who had enlisted as a private in the Indiana National Guard, eventually served as Dwight D. Eisenhower’s mordant, capable, ulcer-plagued chief of staff in North Africa, Italy, and Western Europe. After the war he was U.S. ambassador to the Soviet Union and director of the Central Intelligence Agency. This massive, recent biography offers new insight into Smith’s personality and professional skills, while also dissecting the operations of the Allied High Command in Europe.”