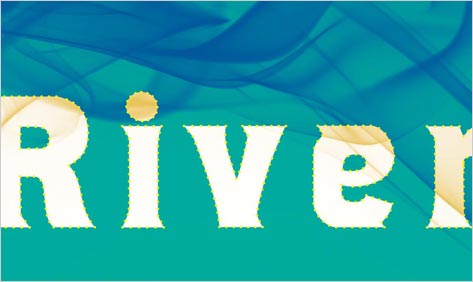 The second book of a trilogy is a bit like the middle set of a tennis match: however engrossing the action, whatever happens at the end will necessarily recolor what happened before.  River of Smoke, the midway point in Amitav Ghosh’s Ibis trilogy—his chronicle of the Opium Wars, the nineteenth-century contest between the British Empire and the Qing Dynasty over the fate of trade in China—is densely packed with happenings and intrigue without ever managing to come together as a novel in its own right.  Instead, it reads as a very long prelude to what one can only presume will be the outbreak of war in the as-yet-unpublished third book.

When we last saw the motley cast of indentured servants, seamen, and stowaways at sea on the Ibis, the chaos of a storm had split the passengers, with the ship headed for Port Louis and a band of escaped captives fleeing for Singapore. The second volume picks up with Deeti, the widow rescued from the fires of self-immolation at the beginning of Sea of Poppies, now the wise elder of an extended clan in Mauritius.  Her memories form the novel’s frame, but for the intervening years Ghosh trades his most compelling character for three of the other Ibis shipmates: Neel the bankrupt Raja; Ah Fatt, his opium-addicted cellmate; and Paulette Lambert, the aspiring botanist with a penchant for cross-dressing.  Given the unwieldy number of characters Ghosh was juggling at the end of Sea of Poppies, his strangest move here is to add two major principals: Ah Fatt’s father, Seth Bahram Modi, a rags-to-riches opium merchant from Bombay, and Robin Chinnery, a flamboyant painter and childhood friend to Paulette.

Bahram, at least, elevates the novel.  As the tensions between England and China over the fate of the opium trade escalate, Bahram embodies the human cost at the heart of the mounting conflict.  Caught between the demands of two empires—geographically, politically, and financially—he is at once an ambassador of the opium trade and its victim.  Although he is a major merchant in his own right, Bahram’s status as a colonial subject renders him expendable to the British merchants with whom he keeps company. As his confidant Zadig Bey observes, “Bahram-bhai, you are not an American or an Englishman.  You don’t have any warships behind you.  If the Chamber had to surrender you or Dent [an Englishman], who do you think they would pick?”  His eventual descent into opium addiction gives the endless debates about freedom of trade at the hall of the British East India Company a moral gravity the novel otherwise lacks.

Robin, on the other hand, seems to exist solely to counterbalance Bahram with the inane.  As openly homosexual as one can be in 1830s Canton, Robin writes in a register of grossly caricatured innuendo (his presence is almost entirely epistolary).  In one letter to Paulette, he describes painting with “his Friend”: “Why, even to place our hands upon each other’s brushes—at once so familiar and so different—was to experience the thrill of discovery!  Never had we imagined, Puggly dear, that we had so much yet to learn about these beloved tools of ours…not a minute felt wasted if it was spent in exploring the feel of their slender but sturdy shafts…”  It’s as if Ghosh’s idea of what it is to be gay comes exclusively from Will and Grace reruns.

Robin’s unfiltered monologues allow Ghosh to indulge his encyclopedic tendencies while blaming it on his character; his long-winded missives to Paulette spare no detail, let no back-story slip away untold.  Ghosh  often appears uncertain of how much of the Indian context he needs to explain to Western readers. (“[T]hese were small triangles of pastry, stuffed usually with minced meat: baked in portable Uighur tandoors they were sold hot in the Maidan and were easy to procure,” writes Ghosh by way of introducing that familiar takeout staple, the samosa.)  Sea of Poppies evaded this problem cleverly: written in the hybrid jargon of the Indian Ocean’s multi-ethnic seafarers, the novel’s idiom is equally alien, and equally alive, to Indian and Anglo-American readers.  Language became a metaphor unto itself, a space unbounded by the rigid social codes of the land.  While River of Smoke plays with the French creole of Mauritius and Cantonese trader’s pidgin, the novel—by virtue of its subject—must privilege division.

Taken together, the two novels resurrect a little-known chapter of colonial history that would seem to bear on our globalized present: the inextricable bonds of trade, a rising China, the West’s imperialist worldview threatened.  But this second installment fails to equal the first.  What Sea of Poppies lacked in artistry—gone was the nuanced intellection of Ghosh’s quieter novels like The Hungry Tide—it made up for with the unadulterated glee of its storytelling.  In River of Smoke, by contrast, Ghosh seems so overcome by sights and smells of 1830s Canton that no sooner has he launched a new thread of the plot than he detours backward into the history of Chinese architecture or the preparation of chai.  He is at sea his own narrative ecosystem, and we can only hope that in volume three, along with the voyagers of the Ibis, Ghosh finds his bearings.