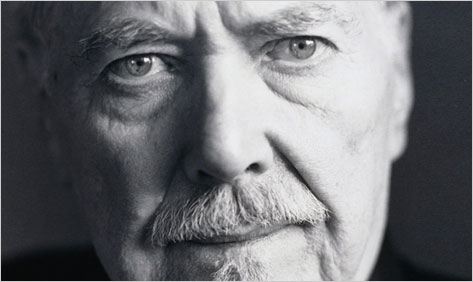 It’s only fitting that the first posthumous biography of the great American filmmaker Robert Altman would resemble an unruly party. The voices that echo, compete with, and contradict each other in Mitchell Zuckoff’s oral biography at times recall that harmonious cacophony of overlapping voices that, with a debt to Orson Welles, Howard Hawks, and Preston Sturges, Altman raised to its most felicitous — and to some, frustrating — degree in his own films.

Zuckoff, a journalism professor at Boston University, had been collaborating with Altman on a book when the director died from complications of cancer in November 2006 at age 81. Altman had wanted the book to concentrate on his work. Understandably protective of both himself and his family, Altman wanted, Zuckoff says, to avoid any potentially embarrassing stories.

The problem, as Zuckoff writes in his introduction, was that the director — much to his credit, I’d say —  was willing to talk about his methods but not given to analysis of his work. (I once heard Altman say that DVD commentaries reduced a filmmaker to a real-estate agent guiding potential buyers through a property, pointing out what anyone with eyes can see for themselves.) After Altman’s death, with the blessing of the director’s widow, Kathryn Reed Altman, Zuckoff enlarged the scope of the book so that Altman’s life would be considered alongside his work. And since the finished book reveals a man for whom work was close to everything, there seems, no matter the shortcomings of the finished project, no other way to talk about his life except through his work.

With a few demurrals here and there, and whether the speaker loved Altman or loathed him, the picture that emerges is pretty consistent: A bearish man who inherited his father’s love of gambling and women; an artist who did not take kindly to fools, (epitomized, to Altman, by the producers and studio executives who wanted to screw with his movies); a man who consistently lived beyond his means; a copious drinker, which didn’t always make for the most pleasant personality, and a dedicated pot smoker, which seemed to make him more pleasant company; someone fiercely loyal to the people who worked with him and quick to feel wounded when the loyalty wasn’t returned.

“No filmmaker has gotten a better shake than I have,” Altman told the audience at the Academy Awards when he was given a Lifetime Achievement Oscar seven months before he died in 2006. Zuckoff makes a convincing case why that statement, expressed in the good, plain American slang suitable to a profoundly American artist, is true, so free of the self-pity it is (often understandably) easy for artists to slip into.

It’s always hard for a director who chooses to go against the conventional way of doing things. Altman, who often used the press to call out the very bigwigs he was in the process of working with, was a man with a talent for being able to make his tricky position frequently trickier. His talent was clear from his beginnings making industrial films in his native Kansas City and later directing episodes of Bonanza and Combat, but Zuckoff reveals that his reputation for insisting on working his way often kept him from getting jobs. After nearly twenty years in the business, his breakthrough came in 1970 with M*A*S*H, and Altman got to direct it because 15 or 16 other filmmakers had turned it down. He would never have as big a hit. But he got something better: control.

A large part of that “better shake” Altman wrote about was the fact that, good or bad, modest successes or pictures that barely opened, he got to make his movies — and later direct stage plays and opera — his way. Someone who works as Altman did, a figurative and literal gambler, often tossing away the script in favor of the improvisations and insights and chance occurrences his actors brought to the material, has to be as much hustler as artist. Zuckoff records the ball-juggling and sometimes sheer good luck that allowed such unlikely events as Altman being able to take his Broadway flop Come Back to the Five and Dime, Jimmy Dean, Jimmy Dean and, only a few weeks later, turn it into one of his most lyrical and affecting movies.

The first biographies that appear after a figure’s death are rarely the best ones. Zuckoff’s book is not the critical biography that will doubtless someday be written about Robert Altman. It would have been numbing to go movie by movie (that are 33 from M*A*S*H to his swan song, A Prairie Home Companion) but too often, a movie’s existence is indicated by a chosen critical quote, and not always the most penetrating.

What the future Altman biographer will have to grapple with is how Altman, like another prolific filmmaker, Jean-Luc Godard, won audiences over with films (respectively, M*A*S*H and Breathless) that they were expected to repeat. If you grew up watching Altman’s first great run of films in the ’70s, you very likely felt alternately exhilarated, baffled, maddened by movies that broke down the artificiality of stage-derived structure and narrative, movies in which you were thrust into unfamiliar territory and expected to find your own footing. When you cracked the code, the glories (in the ’70s alone, inevitably Nashville but also The Long Goodbye, Thieves like Us, California Split, and the movie that for me, remains the most beautiful and haunting I’ve ever seen, McCabe and Mrs. Miller) made the films around them feel like yesterday’s news.

An unfulfilled life and career is the norm for most great filmmakers. As perhaps no other art form does, movies wear down those who work in them, and those who love them. Zuckoff’s achievement is to understand why Altman’s career was a success; why, though it’s still a disappointment that we don’t have a new Altman movie to look forward to every year, Altman triumphed in an industry littered with the wreckage of the likes of D. W. Griffith, Welles, Sam Peckinpah. And it’s a triumph addressed ruefully, affectionately, in his final two films, the casual late masterpieces The Company, in which the brief flare of young dancers finds a sympathetic eye from a director who knew his own time was coming to a close, and A Prairie Home Companion,” in which friends and colleagues gather in the shadow cast by corporate dunderheads, to sing songs, tell jokes, drink, screw, laugh, and, in the final image, literally confront the angel of death come for them.

I had a taste of the good shake Altman talked about at the Oscars. I interviewed the director two weeks to the day before his death in his New York offices and got to thank him for some of the greatest movie experiences of my life. “I’ll take it,” he told me, not a man to look askance at a small bit of good fortune. You read the book hoping that somewhere, Altman is pleased to know he can still pull together a group of people to talk, argue, throw up their hands and ask, what the hell, and, in his words, “giggle and give in.”