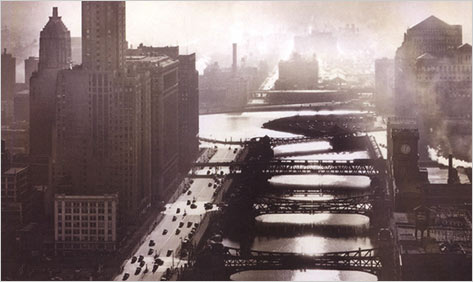 Classic works about the whiter, more prosperous sectionsof Chicago aren’t all alike—they encompass Royko and Hecht and Bellow. But theydo tend to come with certain expectations attached. The writer must acknowledgethe city’s culture of patronage, its racial and social stratification, itsbackbreaking labor. Even the most cold-hearted observer must do a littleadmiring too, paying tribute to the heaving skyscrapers and sturdy Midwesternvalues. Nelson Algren famously encapsulated the love-hate relationship with thecity in 1951’s Chicago: City on the Make: “Likeloving a woman with a broken nose, you may well find lovelier lovelies, butnever a lovely so real.”

The strange yet admirable thingabout Rodin’s Debutante, theseventeenth novel by Ward Just, is that its Chicago is the broken nose withoutthe loveliness. Though its characters swan through the city’s elite socialcircles, it’s clear they’re only play-acting at sophistication. The hero andoccasional narrator is Lee Goodell, an ambitious young sculptor and product ofOgden Hall, a boy’s school infamous for its second-class status. Its founder isthe dissolute scion of a railroad baron who loves hunting and prostitutes; itsheadmaster is disengaged; its student body has largely been kicked out ofbetter prep schools. “We’re the skunk at the garden party,” theheadmaster admits, shortly before shoving off for Patagonia.

Just has earned the right to criticize his hometown, to putCarl Sandburg’s lines in a funhouse mirror and call it “a city with acurled lip and chips on both shoulders.” A longtime journalist, he turnedto fiction in the 70s to better characterize the power plays of D.C. andChicago political families. Emphasis on family: there may be no workingnovelist so fixated on father-son stories. That’s doubly true for the tale toldhere—Lee is fascinated with both the mysterious, paternalistic Tommy Ogden andhis own father, a North Shore lawyer skilled at working civic levers. Leenotices his father’s talent early, when one of his grade-school schoolmates isassaulted—a violation whose memory will force its way into the narrative yearslater.

Just isn’t much for Bellovianflourishes—his style has always been prim, almost Jamesian—but it’s easy to seeglimpses of Augie March in Lee,who also goes through life freestyle. He attends the University of Chicago butrents a room off-campus to pursue sculpture—and pays for straying from hissocial circle by suffering a mugging that leaves his face disfigured. In fact,Lee comes off as a little too conveniently naïve when he enters the world ofart dealers and lawyers—his ignorance feels less like a character trait than away to establish a parallel with the immature city he lives in. Later, hissolicitation to work in a neighborhood clinic feels slightly untenable as well.But in a moment where he winds up giving a tourniquet a “little extratwist,” the story finds a powerful metaphor for its hero and its city, howboth wield power and how both can easily inflict injury. A lesser writer aboutChicago would use it to set up an eventual moment praising the city’s grandeurdespite it all. Just resists.