Roth Unbound: A Writer and His Books 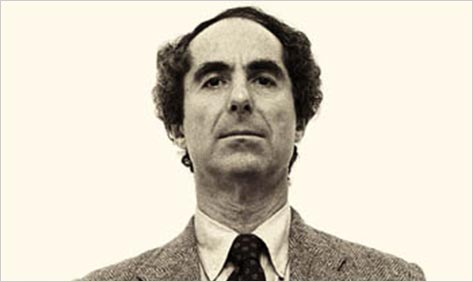 Readers who love Philip Roth and readers who hate him, readers who have opened practically nothing by him and readers who have practically committed his prose to memory, all have reason to be grateful to Claudia Roth Pierpont for this study of the “writer and his books.” Until Blake Bailey completes the authorized biography, Pierpont’s book is as close as we are likely to get to a life of Roth. It’s true that Roth Unbound is an intellectual biography — the story of a mind — and not a gossipy chronicle of a famous man’s eventful years. And yet its principal interest is biographical, whatever else Pierpont may have hoped to achieve.

Her timing is exquisite. Philip Roth announced last November that, after thirty-one books in fifty-three years, he was retiring from the “struggle with writing.” Bailey’s authorized biography will not be ready for nearly a decade. In the meantime, Roth Unbound might be considered something like definitive. Roth participated fully in the project from the beginning. He and Pierpont first met in 2002, became friends two years later, and spent much time together “discussing books and politics and a thousand other things.” First begun as a short essay for a collection on American subjects, her manuscript grew and grew and became a 350-page book if only because Roth “was willing,” Pierpont says, “to talk with me . . . at length.”

The warmth of Roth’s breath is on every page. Thus we are treated to the curriculum vitae of his romantic life (the two marriages, the respective girlfriends); we are given the details of his travels to Czechoslovakia and his unselfish efforts to secure financial support for Czech writers (and the botch of the job made by PEN, when the writers’ association took over the arrangements); we learn about his passion for classical music, his difficult and ambivalent relationship with Saul Bellow, his literary likes and dislikes, how he fills his days now that he is living the “non-writing life.” For the Roth devotee, all this is background lighting — some illuminating, some merely colorful — to the work, which remains the focus of Roth Unbound. Pierpont also reveals the genesis, the composition history, of each and every Roth book, along with the novelist’s own account of its intention and design.

For the Roth newbie or skeptic or hater, Roth Unbound is perhaps even more useful. It has the same structure as those Critical Guides or Twentieth-Century Views that English majors used to rely upon to introduce themselves to a new author. Each chapter is about the next book in Roth’s career, the next entry on his bibliography. Anyone who is puzzled by a Roth book freshly read (or anyone who wants to skip a Roth book, but also wants to know what’s inside) can obtain the essential information from Pierpont’s chapter on it. In fact, Pierpont would have been well-advised to trade her evocative chapter titles (“A Holiday about Snow”) for the drabness of candor (“On Operation: Shylock“). At its best when it is most useful, Roth Unbound has the virtue of comprehensiveness and the authority of Roth’s imprimatur too. It is a book that is meant to be picked up and put down as need arises and flags.

Plowing straight through Roth Unbound, though, is like sitting down to grade a batch of student papers. The chapters are long on close and careful summary with fascinating biographical lights cast along the way, but Pierpont suddenly turns noncommittal when she must deliver a final judgment. In discussing The Dying Animal, for example, she observes that Roth’s short 2001 novel about the late-in-life sexual career of David Kepesh, the self-described “propagandist for fucking” who did his best to have “sex with new women every year, sex with his twenty-something female students of the present and his forty-something female students of the past,” stirred up more controversy and anger than any book Roth had ever written, “particularly among female readers.” What exactly were their complaints? Pierpont quotes two “female readers,” Zoë Heller and Michiko Kakutani, quoting just three of their short blurb-length phrases. And how is The Dying Animal to be defended against them? Here is what Pierpont decides:

[Roth] is presenting a problem, or a series of questions, and to critics who complain that he has sex (or anarchic male desire) too much on his mind, it might be pointed out that his questions are reasonably pertinent even now, when sex scandals are our only bipartisan political activity.. . . What is the right way to balance sex and love, family and freedom? How should one live? Once again, readers will project an answer onto the page, if necessary — but Roth declines to come through.

Such indecisiveness not only demonstrates a fundamental misunderstanding of Roth, but also disables the very basis upon which any claim for his literary greatness must rest. Roth’s fiction is a moral challenge to many readers, especially to Jews and women who find his portraits of Jews and women repellant. Reading him is not unlike the moral challenge of reading the French novelist Louis-Ferdinand Céline. A venomous anti-Semite and notorious collaborator with the Nazis during the Occupation, Céline was nevertheless a profound formative influence upon Roth. Journey to the End of the Night, his 1932 masterpiece, is a vision of human experience in which love does not exist and man is a creature of never-ending hatred. No one reads Céline, however, out of a belief that the vision is true. What you learn from Céline (as the philosopher Hilary Putnam observes) is what human experience might be like if the vision were true — how the world looks and feels and smells to someone for whom it is true.

In novels like My Life As a Man or Sabbath’s Theater or The Dying Animal, Roth out-Célines Céline. He gives voice not merely to a man’s “dignified unacceptable thoughts,” but also (as he confided to a friend about Portnoy’s Complaint) to the “stinky unacceptable thoughts.” In his Zuckerman novels — his best work — the thoughts may not stink as badly, but the narrative strategy is the same: to give solid reality and unmistakable force to different possibilities of human life. The question, just as Pierpont says, is “How should one live?” But Roth does not, as she suggests, shy away from giving an answer; he does not invite readers to project their own upon his pages. The answers he gives are sickening challenges to the answers that readers bring, ready-made, to his novels.

Pierpont is an art historian by training, and so it may be unfair to expect sure-handed literary criticism from her. Her stabs at it are embarrassing (even the early fiction, she says, written under the dominating stare of Henry James,’ provides a “glimpse of the Meister waiting to emerge from behind the Master”), but Roth Unbound is not an essay in literary criticism. It is, instead, a convenient discreet overview of a great novelist’s career. And despite the novelist’s assistance from first to last, Pierpont’s useful book must never be mistaken for Philip Roth’s behind-the-scenes attempt to control the public interpretation of his work. Now that he has no fiction left to write, he wouldn’t resort to a devious expedient. Would he?

D. G. Myers is the author of The Elephants Teach: Creative Writing since 1880. He teaches English and Jewish studies at the Ohio State University.