Secrets of the Universe: How We Discovered the Cosmos 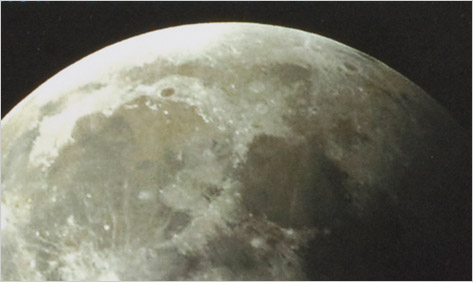 Jeremiah Horrocks and his friend William Crabtree were ecstatic when they  observed the transit of Venus on 24 November 1639. Horrocks had predicted the  date of the transit by carefully applying Kepler’s Rudolphine Tables of  planetary motion, published twelve years before. The two amateur astronomers  watched the black dot of Venus inch its way across the burning image of the sun  projected onto a card in Crabtree’s attic. Horrocks described his friend as  standing ‘rapt in contemplation’ for a long time, unable to move, ‘scarcely  trusting his senses, through excess of joy.’ The emotion he and Crabtree felt is  one well known to science: the exhilaration of securing empirical proof of  theory.

The anecdote is recounted in the first chapter of Paul Murdin’s richly  illustrated and even more richly fascinating history of astronomy, Secrets of the Universe: How We Discovered the Cosmos. Entitled  ‘Discoveries before the telescope,’ the chapter describes the origins of  astronomical observation in early mankind’s admiration for the stars and the  heavenly ‘wanderers’ (the Greek name gives us our word ‘planets’) which then  numbered seven — sun, moon, Mercury, Venus, Mars, Jupiter and Saturn. The  earliest evidence for systematic astronomy is the 25,000 year old Ishango bone  found at the source of the Nile, incised with markings corresponding to the  phases of the moon. By the time of Babylon 22,000 years later, star charts were  copiously detailed, recording the efforts of many centuries of sky-gazing and  careful annotation. The Mesopotamian charts were detailed because they formed  the basis of astrological divination, but when Thales and, half a millennium after him, Ptolemy used the information thus acquired, it was for purposes of  nascently genuine science, not prophecy.

A further 2500 years later the work of Copernicus and Kepler effected the first great modern revolution in human self-understanding, by displacing Earth  from the centre of the universe and arranging the planets correctly, first in  their proper order round the sun, then in the elliptical pattern of their  orbits. (It was another three centuries until Darwin completed the adjustment in man’s ego-geography by displacing him from the summit of creation. What an adjustment,  therefore, the combination of Copernicus and Darwin represents! — from the  Pinnacle at the Top of the Centre of Everything to a place in the biological crowd on a little rock in the outer suburbs of an ordinary galaxy…) Of course,  when Horrocks and Crabtree watched the dot of Venus crawl across the sun’s projected face in Crabtree’s attic, the telescope had already been invented, but  they figure in the pre-telescopic chapter because Kepler’s brilliant  calculations rested on the two things that were man’s only possessions from the very beginnings of his evolution: the naked eye, humanity’s first astronomical instrument, and reason, humanity’s first and still greatest scientific  instrument.

Do not be misled by the fact that the first chapter leaps twenty-five  millennia from the Ishango bone to the transit of Venus in 1639. It is packed  with surprises and instruction — one example: did you know that if you sail east across the Pacific you go downhill, because of the bulgy and sometimes steeply sloping nature of the oceans? — and it acutely whets one’s appetite for the more  detailed accounts, given in succeeding chapters, of what we have learned since  instruments became available to multiply our access to the sky’s depths, distances and swarming denizens.

The chapters move outwards: chapter two explores the solar system, chapter three explores the physics of the cosmos (the discoveries of helium, gravity, relativity, radio waves and x-rays, and the resultant further discoveries of  dwarf stars, neutron stars, pulsars and black holes), chapter four explores our  own galaxy and its stars, and chapter five explores the universe beyond and its  myriads of other and often different galaxies. The final chapter concerns what yet awaits discovery: dark matter, dark energy, gravity waves, and life elsewhere in space.

The adventure of astronomy is part of the adventure of the human mind, and minds belong to individuals. Some of the biggest names in the galaxy of science stars are well known — Copernicus, Galileo, Newton, Einstein — some are very  familiar to the cognoscenti — Herschel, Huygens, Zwicky — and yet others are practically lost to view, though Murdin does a meritorious service in rescuing  them from the amnesia of history, not least from the astonishingly sexist  amnesia of history relating to women. An egregious example is Caroline Herschel,  sister of the more famous William, who discovered fourteen comets and was rewarded by a royal pension. When she received the first installment of it, all of ’12 pounds and 10 shillings,’ she was over the moon: ‘It was the first money  in all my lifetime,’ she wrote, ‘that, at the age of 37 years, I ever thought  myself at liberty to spend to my own liking.’

Circumstances have somewhat improved for women in astronomy since then.  Henrietta Leavitt discovered the period-luminosity law for Cepheid variable  stars while working in what was practically a clerical position at the Harvard  Observatory in the early twentieth century. Jocelyn Bell noticed what she called  ‘a bit of scruff’ in the data from the radio telescope built at Cambridge,  England, in the 1960s. It was the first recognised message from a pulsar  —  not,  as Bell and her colleagues began by speculating, a message from ‘little green men’. In 2004 Marie Pilar Riaz-Lapuente identified the star ejected from the Brahe supernova, using the William Herschel telescope on La Palma in the Canary Islands. (How much more appropriate had it been the Caroline Herschel  telescope). Other women have also proved first-rate astronomers.

Murdin has a genius for lucid explanation and attractive detail. It has won  him plaudits in the past for his popular introductions to astronomy, which as so often with such work benefits from his first-hand experience as a serious researcher (while at the deliciously-named Warambungle Mountain Anglo-Australian Observatory he identified stellar x-ray sources and published over 150 papers as  a result of his work there). This large-format, lavishly pictorial book  introduces the skies through the history of their exploration, but — as noted —  always with an eye to telling and luminous detail.

Take two examples. Nearly four billion years ago the inner solar system was bombarded by meteors and asteroids (an event known as the ‘Late Heavy  Bombardment’ or  ‘LHB’). So many hit the moon that they melted its surface. Mercury was especially badly hit; vast craters like the Caloris Basin were ringed by  volcanoes after the impact, and shock waves raised weird hills on the far side  of the planet. Given that the Earth also lay in the path of this cataclysmic shower of debris falling into the sun, it too suffered. More than 1700 craters of diameter greater than 20 kilometres were formed on the moon by the LHB, so it is calculated that, given the Earth’s larger size, ten times as many such giant  craters were formed here. Deep sediments in Canada and Greenland contain an abundance of extraterrestrial isotopes, which fact gives empirical support to  this hypothesis; and moreover the further fact that, according to the fossil  record, life began soon after the LHB period suggests either that an earlier  emergence of life was wiped out by it and had to start over again, or life was brought to our planet by the huge rocks that collided with it. Fascinating.

Equally so is the discovery of exoplanets — planets orbiting stars other  than our own. The first discovery of exoplanets was made in 1992 by the Polish-American astronomer Aleksander Wolszczan while measuring the rotation of a  pulsar. Slight but regular variations in the timing of its pulses led him to  deduce that it was being pulled backwards and forwards by the presence of three  planets in orbit round it. Exoplanets in a system more like our own were then discovered at the Geneva Observatory, again by measurement of perturbations to a  star caused by the gravitational pull on it of a large Jupiter-sized body. To explain how such perturbations are detected Murdin tells us that it is not quite accurate to say that the planets in our solar system orbit the sun, but that all the denizens of our system, including the sun, orbit the system’s centre of mass — which happens to lie within the sun because it is so much more massive than  anything else near it. This fact helps to tell astronomers what to look for in other stars: a quivering motion or oscillation detectable by spectrographic  analysis. And this has to be such that it is not likely to be caused by the presence of another star forming a binary system (in which planets would be  unlikely to exist because a figure-of-eight orbit would be unstable and would  lead to the planet’s eventual ejection). In the very short time of eighteen months the Geneva astronomers discovered a massive planet whirling round the star 51 Pegasi at the dizzying rate of once every four days, only 45 light-years  from Earth.

To find Earth-size planets — very much smaller than Jupiter with  perhaps undetectably lesser gravitational effects on their stars — the search is  on for ‘winking’ stars, slightly dimmed by the passage of the planet before its  face.  The most earth-like planet so far observed at time of writing is COROT-Exo-7b (so named because seen by the French space satellite Corot), a bit bigger  than Earth, orbiting its sun every twenty hours and therefore very close to it — so close that its surface consists of molten lava at over 1000 degrees. Such  tantalizing glimpses of other worlds are just the beginning. The equipment needed to detect more of them, at smaller sizes further from their suns, has not yet been developed.

These are just two of many examples in Murdin’s utterly absorbing account  of the universe and how our knowledge of it has been acquired. His book will surely help prime scientific awareness among the public of a kind needed to keep it interested in astronomy and cosmology. Such broad awareness of these momentous scientific pursuits is needed if society is to value, support, and appreciate their findings as they continue to arrive, expanding every one of our literal and figurative horizons and amazing us more than anything else possibly can.

Murdin’s book beautifully illustrates the story of the astronomical quest.  It should be under every Christmas tree this year, for anyone of any age and any stage of scientific literacy or illiteracy – and if the latter, it will soon and magnificently change it to the wonder in which all enquiry begins.

Previous Previous Post: The Moon, Come to Earth
Next Post: Fowler on the Long (Wrong) Word Next