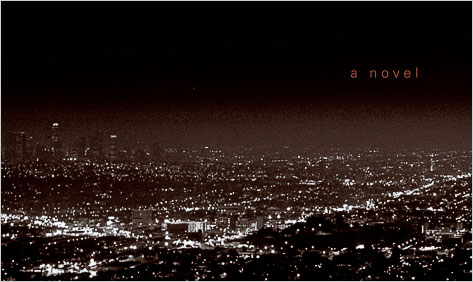 In Charlie Huston’s Caught Stealing, a burned out bartender named Hank Thompson is enlisted to take care of a sketchy neighbor’s cat. Fifty pages in, a redheaded kid in a disco suit is ripping out staples from Hank’s healing side with a pair of needlenose pliers. All this arises out of a needless misunderstanding, but Hank’s bad luck doesn’t halt Huston from dousing more gas upon this high-octane fire. Within a hundred pages, Hank extracts a few street fighting moves from his foggy noggin and the violent kid is soon spurting up glorious streams of blood. And the kid is only the first in a reliable rivulet of oily thugs. Hank is well on his way to securing his status as a fugitive in a lonely place teeming at a hard boil, a frazzled gasket set to explode over two more books.

The Hank Thompson trilogy was wonderfully exuberant pulp, delivered with a momentum so breathless that single words within dialogue often ended with individual periods. These gritty digs were buttressed by Huston’s quirky repetition (one page in Caught Stealing featured seventeen instances of the one-word paragraph “SPANG!” alternating against descriptive lines), certain topographical truths (“It was a typical day for New York pay phones.”), and a protagonist who, quite frankly, whined a bit too much and had much of this brutal mayhem coming.

Huston followed the Hank Thompson trilogy with the Joe Pitt quintet, where rival Vampyre clans fought over strips of New York turf, and Huston maimed so many dogs along the way that it was something of a miracle that the ASPCA didn’t call for a boycott of the author’s work. The Pitt books, much like Abel Ferrara’s underrated film The Addiction, approached vampirism as an unshakeable virus needlessly afflicting the marginalized. Huston saddled his adamantine antihero with a girlfriend named Evie, a late-stage AIDS patient who began to pursue mysticism. These schematic thematics indicated that Huston wasn’t just some contemporary answer to Sydney Horler, and his growing ambitions were confirmed with his second stand-alone novel, The Mystic Arts of Erasing All Signs of Death (just nominated for an Edgar award), an entertaining blue-collar squint inside crime-scene cleanup units that skillfully balanced a love story and an unusual subplot involving almonds.

But Huston’s eleventh novel has stretched these narrative aspirations across a canvas that suggests another China Mieville in the making. Where William Gibson, struggling against the tentacles of too many tech developments swaddling the present, has taken to anchoring his novels in the very recent past, Huston has the reverse in mind. He’s boldly outlined a dystopian Los Angeles six months from now, where 10% of the population suffers from SLP, an infectious offshoot of fatal familial insomnia that “could not be more effective if it entered the body wearing a balaclava and a vest packed with C-4.”

The sleepless are doomed to an early mortality, but this doesn’t stop sleazy Hollywood producers from recruiting them as extras. Nor does this hinder predatory industries, both on and off the Dow Jones grid, from tempting this withering demographic with shiny new pharmaceuticals. In one of Huston’s sly satirical jabs at the overstimulated life, the sleepless flock to an addictive multiplayer online game called Chasm Tide, where virtual economies bloom as real currencies flounder. This is not an entirely unreasonable premise, considering the many companies that have risen to prominence courtesy of Second Life‘s Linden dollars. (In fact, Huston cleverly marries this to past associations by including the house where Howard Hughes crashed the XF-11, carefully noting the address “805 North Linden Drive.”) Indeed, one of the novel’s unexpected pleasures is observing Huston trying to squirm his considerable storehouse of Boing Boing-inspired information into his knack for hard-knock life.

While Huston’s nightmarish universe is plagued by food shortages and a relentless military presence, taco trucks and crude ingenuity still flourish. The world may be snagged inside the strain of a pernicious pandemic, but Huston wisely depicts a climate desperately recycling its cultural resources, converting the apparently antediluvian into new representations. Major league baseball has been canceled and parents are forced to sign waivers “relieving the schools of all liability for any harm that might befall their children from morning to afternoon bell,” but America still longs for its cultural narcotics. Figures wander the streets dressed in Raiders sports jerseys and teenagers dress up as faded pop icons. At one point, Park even observes a boy in an Atari T-shirt speaking into a digital recorder, “Can’t tell if it’s meant as camp or homage.”

Huston’s elaborate setup is a club sandwich stacked together from three perspectives: a third-person narrative involving an LAPD narcotics agent named Parker “Park” Haas (a fitting name for a stalled soul sauntering through a car-centric City of Angels and a sly shorthand reference to Donald E. Westlake’s famous criminal Parker), Park’s journals, and a first-person account from Jasper, a ruthless sixty-year-old freelance badass who lives in an immaculate apartment populated by grisly taxidermy art. Both Park and Jasper are on the lookout for a thumb drive — a keychain-sized data container — left at a murder scene, approaching their respective duties from differing objectives. Park’s mind is more on his family than the drugs he must deal and the perps he must track. His wife, Rose, has caught SLP and, like many Chasm Tiders, spends much of her time trying to beat the Clockwork Labyrinth. Park pops Dexedrine spansules in solidarity, with the results “twist[ing] the hands from Park’s internal clock.”  He holds onto an old hand-spring watch given to him by his late father, because “even in the apocalypse, someone should know the correct time.”

Jasper, by contrast, is more mercenary-minded, but in denial about his emotions. He may have the fortitude to defy savage torturers with soldering irons as effectively as James Bond in Casino Royale, but, in recalling a clear act of vengeance, he claims that he was “simply behaving in a prudent and professional manner.” Like many unreliable narrators, Jasper insists that he has a photographic memory. But as evidenced by his association with questionable conceptual art — not just the dead animals in his apartment, but an anecdote involving an abstract plywood installation banged up by a motorcycle gang using its skidding tires as brushes — his is not a mind well set up to comprehend the real.

If this setup beckons comparisons to Phillip K. Dick banging away at his million-word journal from dusk to dawn or the dual perspectives at play in Dick’s A Scanner Darkly, it’s no accident. The novel’s final revelation suggests that what we’re reading may be colored by an obsessive faith, one that transcends the limits of the barbaric world being depicted. The book’s many paeans to fatherhood make Sleepless more than a sprawling cyberpunk epic. It offers a persuasive case that involuted emotional issues might be unraveled through genre fiction’s feral liberties, perhaps more effectively than literary masterpieces.