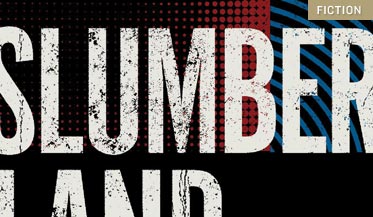 The novelist and poet Paul Beatty is fond of proclamations both grandiose and hilarious. After all, he?s the kind of writer who had the audacity to open his first published novel — The White Boy Shuffle — with the line: “This messiah gig is a bitch.” Two novels, two poetry collections, and an anthology later, he?s mellowed not a bit. Slumberland, Beatty?s first novel in seven years — begins with an emancipation proclamation of sorts: “The Negro is now officially human?as mediocre and mundane as the rest of the species.” This comes as good news to his narrator, Ferguson W. Sowell, a.k.a. DJ Darky, who declares: “Blackness is pass? and I for one couldn?t be happier, because now I?m free to go to a tanning salon if I want to, and I want to.”

Freedom, in Beatty?s work, includes the right to be impolite, impolitic, irreverent, trivial, and profane — and in doing so to reach something that feels profound and even profoundly political. Most of all, it includes the right to be funny. Paul Beatty is the poet laureate of black humor. In fact, “Black Humor” is the title of a 2006 essay he wrote for the New York Times in which he proclaimed his boredom with the dominant tradition of “sobriety” in African-American literature — skewering Maya Angelou, James Earl Jones, James Baldwin, Alice Childress and Richard Wright along the way — and yearned for a black Calvin Trillin, Bennett Cerf or Mark Twain (he claimed that as a child he threw his copy of Angelou?s I Know Why the Caged Bird Sings into the trash, then retreated to his room to “self-medicate with James Clavell, John Irving, Joseph Wambaugh, the Green Lantern and Archie and Jughead”).

In search of what he calls the tradition of “black literary insobriety,” he created his own: both by compiling his predecessors in Hokum: An Anthology of African-American Humor, published in 2006, and, most of all, by demonstrating in his own work that an African-American literary writer can sample Thomas Pynchon, Zora Neale Hurston, Richard Pryor, Godard, and Woody Allen and Spencer Tracy movies and slander Oprah Winfrey, Justin Timberlake, Ayn Rand, and Wynton Marsalis (for whom he seems to have a deep, personal hatred).

It seems entirely fitting, then, that the narrator of Slumberland is a DJ, a guy whose art is made entirely of mash-ups between seemingly incongruous elements. Ferguson Sowell is the son of “an embittered literature PhD who worked for the county naming the streets within walled communities” (a typical assignment, according to his son: “names to reflect the area?s Mexican heritage and yet have enough of an ?upscale? ring to convey to any Mexicans foolhardy enough to move to the Santa Clarita hinterlands that they weren?t wanted.”) and a mother who reads E. L. Doctorow and The New Yorker (“If I could collapse all my memories into one sound,” says Ferguson, “it would be the sound of those pages turning. Crisp. Mordant. Pipe-smoking urbane.”) As a kid, Ferguson receives a perfect SAT score in math but ends up at the Wilmer Jessop Academy of Music, majoring in audiovisual studies (“the music school equivalent of special education”); his college thesis is a “baroque/brat-rap/mash-up oratio” of Handel?s Messiah composed entirely of elements from the Beastie Boys? License to Ill. (Still, he keeps a copy of his SAT scores in his wallet, reasoning that, if stopped, he could defend himself by saying: “I don?t know what other nigger did what to whom, but it couldn?t be me. Look, 800 math.”)

Ferguson is obsessed with language: He literally must invent new words to describe himself and his surroundings. He considers himself an “etymolophile” (which, his buddy at the dictionary points out, wouldn?t be a lover of words, as Ferguson has it, but a lover of the origin of words) with a “phonographic memory” and claims to remember every sound he ever heard: “Every dropped nickel, raindrop drip-drop, sneaker squeak, and sheep bleat?It?s like my entire life is a song I can?t get out of my head.” His record collection, he says, “is to DJing what the Louvre is to painting” and he aspires to make the perfect Mona Lisa beat that, like the painting, will have “allure of a piece of art that not everyone adores but no one hates.”

And, according to his friends, he does just that. Armed with the perfect beat, there is only one thing to do: Find the musician nicknamed the Schwa, a reclusive genius who, over the course of the novel, will have his music compared to Nabokov, Albert Einstein?s hair, and “the part in Pagliacci where the fucking clown starts crying,” who is credited with teaching Philip Glass minimalism and, at one point, will turn a paperback copy of a Faulkner novel into a musical instrument.

The search takes Ferguson to Berlin, a development that allows Beatty to have a grand time rendering the experience of a black male expat living in Europe in the late ?80s. Ferguson?s arrival coincides neatly with the fall of the Berlin Wall and draws direct parallels between divided Berlin and America during the Civil War. Ferguson lands in West Berlin “happy as a runaway slave,” only to discover that the city seems to be “populated entirely by Quaker abolitionists” — that is, people who patronize him with politeness. After the Wall comes down, Ferguson explicitly compares East Berlin to the South after Reconstruction (“the country had every manifestation of the post-1865 Union save Negro senators and decent peanut butter”). At first, his West German friends embrace their neighbors as they would “step-sisters and step-brothers sired by the same philandering father”, but soon their “affinity for their poor relations to the east begins to sour.” Ferguson reflects: “I suppose being East German was a lot like being black — the constant sloganeering, the protest songs, no electricity or long-distance phone service — so I gave the East German Negro a hearty soul shake and black power salute and wished him luck with the minimum-security emancipation he?d no doubt serve in the German republic.”

As in his previous novels, Beatty doesn?t so much construct a plot as much as erect a scaffolding on which to hang the manic musings and observations of a supremely smart and unorthodox narrator. He began his career as a performance poet for the Nuyorican Caf?, and in certain ways, his novels resemble the work of the best kind of stand-up comics — Richard Pryor, Sarah Silverman, George Carlin — who use taboo and an acute attention to the details of language to shock one into thinking in new ways. He incorporates the art of the one-liner much the same way that Junot Diaz and Michael Chabon incorporate pulp fiction and comics into their novels, in the process making both pop culture and literature more visceral, intelligent, and interesting. The searing brilliance of his riffs is dazzling.

Previous Previous Post: The Library at Night
Next Post: Gandhi and Churchill: The Epic Rivalry that Destroyed an Empire and Forged Our Age Next