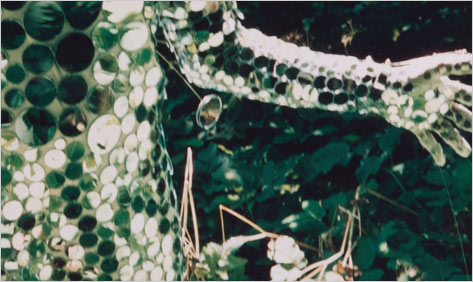 Editor’s Note: As part of our continuing celebration of National Poetry Month, we’re pleased to present the debut of Stanza, an occasional column on poets and poetry by Tess Taylor.

Despite the fact that spring is springing, poetry and April have an ambivalent relationship. As the impoverished English field hand John Clare noted in his lovely Shepherd’s Calendar, “infant April joins the spring” and “races with the hours.” Clare rhapsodizes: “Thou early gladder of the earth/Thrice welcome thou anew.” Those of us who’ve been waiting for crocuses say amen, except, wait: April is also “the cruelest month,” as T. S. Eliot put it, “breeding/Lilacs out of the dead land, mixing memory and desire…” Clare’s April rushes coltishly, while Eliot’s stumbles, noting how new growth also raises old ghosts. And as we spring forward, quickly or uneasily, we people of the book also can’t ignore how in “that Aprille with his shoures soote” Chaucer’s famous “folken” set out on their pilgrimages. Poetry, it seems, lets us know that April is a month of reckoning. It exposes all that’s been dead, and promises a lot that has yet to emerge. And, we, whoever we are, may be staring out the window a bit more, longing to take a few pilgrimages ourselves.

April is also an excellent time to make new ventures into the land of poetry, to find a few new folken to wander there with. Poets are, after all, great fellow travelers: they’re light on their feet. In an era when we’re pressed for time to read, poems can be so delightfully short, so pleasantly dense. Take this one by the wonderful Japanese poet Basho:

I long for Kyoto.

Here’s a quip by Emily Dickinson:

To make a prairie it takes one clover and one bee, —

One clover, and a bee,

The revery alone will do

If bees are few.

Poetry can be a portable prairie, even to a harried city dweller — some zen in Bryant Park. A poem can be revery, that friend at hand for the mind in need. Here’s a jolt from D. H. Lawrence, called only “Little Fish”:

The tiny fish enjoy themselves

their little lives are fun to them

These darting spaces express longing, wit, movement — compressing schools of thought into short space. They offer something anyone, however tired, can carry on a commute. Poetry arrests our attention, and soothes or startles us in its sonic chamber. Its music creeps up sideways. It can keep us company in the boring spaces of our lives, in dentists’ offices, in line at the DMV. It can, like the shoures of Aprille, both pierce us to the roote, and revive us.

So where’s our wine, our water, our voyage, the stuff that should be intoxicating us now? What should we be reading? Here are a few suggestions for these newly sunny days.

For wordplay, whimsy, and acrobatic dexterity, Monica Youn’s slippery and dazzling Ignatz, might be a good place to start. The poems re-inhabit the space of George Harriman’s comic strip mouse — the one eternally loved by the endlessly foolish Krazy Kat. But what is it, Youn asks, to be the object of an impossible passion, or its speaker? The Ignatz frame offers Youn the chance to play with love in a way that’s both intimate and impersonal. (It also, by the way, offers her the fun of titling a poem “Ersatz, Ignatz.”) If the love Youn’s poems express isn’t directed towards a person exactly, it’s also not merely cartoonish; it recalls the dance of Shakespeare’s sonnets, where we never know who the lover or the beloved really “are.” Meanwhile the poems steep in heady music. In “Letter to Ignatz” Youn writes:

of a natural love?

Who indeed? Take that, Aprille.

Meanwhile, to voyage abroad, it’s worth spending time with British poet Paul Farley’s first selected, The Atlantic Tunnel, out from FSG this spring. Farley, who the UK Independent puckishly called “Paul McCartney meets Phillip Larkin,” tries to reconcile the ghosts of England’s past with its present, puzzling how place fits into our new virtual world, which, as he notices in a poem called “Google Earth,” sometimes feels like “a drop zone of the mind.” Larkin once explored old churchyards, wondering what they’d mean or feel like once people stopped church-going. Farley adopts a similar posture, but for him, whole universes of knowledge are falling out of use — not merely pastoral or religious ones, but the material culture of past generations. Things like treacle feel mysterious in his hands, artifacts of a history we’re discarding at rocket-like speed. Farley’s grizzled iambics root his verse in a human body, in a dialect and time, but the self that speaks is bemused and befuddled by its flux. By turns pragmatic and strange, Farley seems to speak from the literal end of the world and to focus his gaze back on the smallest things, like old phone books or the moon maps in calendars. He even has a great poem about fish heads, in which he claims

Eyes that have known a dark

so absolute deserve this kind

of afterlife in ours; to look

upon this kingdom of the blind.

Are we blind? What kind of afterlife is this world we’re already living in? Farley’s meditations don’t resolve Gauguin’s old questions: “Where Do We Come From? What Are We? Where Are We Going?” — but they do drop us into a new, unsettled, and unsettling world of feeling.

As for old friends worth road-tripping with, I’ve become fond of John Clare again, the 19th-century field hand I mentioned at the start. In an era in which we all, like Farley, are apt to feel a bit rootless, Clare’s Shepherd’s Calendar is an intimate almanac of country life, as rooted as nature itself. Clare writes a poem to each month to record the minute changes of a year unfolding, using a cast of characters that include bees, thistles, weeders, hedgers, truant schoolboys, country lasses, and occasionally himself. Nothing is too humble for Clare — not ironweed or thistle, not matrons’ ghost stories, not the fact that, as he notices, April is the month when the “long lost charm of dew” arrives again. Clare, who might cloy, textures his sweetness in a rubbly Northamptonshire dialect. (What do “mozzle” or “crizzle” mean? You may not know exactly, but you’ll enjoy saying the words nonetheless.)

What does it mean to watch, to attend, to know a place? These are questions which Clare can help us answer. He attends to his landscape in a roving way that’s at once disarming and intimate, one that we, so far removed from his kind of life, might still learn from. It’s a wonderful book to read under a tree, to tuck along on a day outdoors, to pack, for that matter, on any pilgrimage.