THE CHERRY ORCHARD and IVANOV 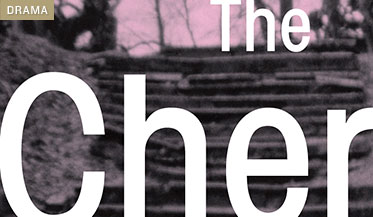 Note: See our Interview with Tom Stoppard about his new adaptations of Chekhov’s dramas.

Tom Stoppard’s new translations of two plays by Anton Chekhov — The Cherry Orchard and Ivanov — are, at least traditionally speaking, a strange exercise. Stoppard is not, by his own admission, fluent in “Russian matters,” and his foray into the Chekhov oeuvre proves more a work of interpretation than of translation. Technically, the plays are advertised as “English versions” adapted “from a literal translation by Helen Rappaport,” an actress and Russian translator in her own right. Such unorthodox methodology would probably send the playwright’s academic counterparts into something resembling insulin shock, but in the wilds of the theater, it is a common practice, however little acknowledged. For reasons of dramatic billing — what producer doesn’t want a brand-name writer gracing the marquee (though one would think Chekhov himself would be brand-name enough) — the translator has often been reduced, in the theater, to something of a medium, channeling the dead master for the aspiring modern. Such free-range reimagining of a proved masterpiece may seem suspect at best, but as a meeting of minds, it can’t help but satisfy (there’s a reason this format has proved a crowd-pleaser). Stoppard is perhaps our closest heir to Chekhov’s knowing brand of irony, and his Chekhov is as Chekhov saw himself — a wit.

Stoppard has already ventured into this odd dramaturgical territory with an adaptation of The Seagull, and with these new additions, he stretches the Chekhov spectrum to its margins. Ivanov, lesser known than the other two, is Chekhov’s earliest full-length play, completed in 1887; The Cherry Orchard, first performed in 1904, is his last. With his Coast of Utopia trilogy, Stoppard conjures 35 years of a Russia whose as-yet-unrealized future is already bubbling beneath the surface. Here, in Chekhov’s theatrical bookends, we find ourselves in a world similarly hastening its own demise. But where Stoppard’s own Utopia plays revel in the machinations — often contradictory and always chaotic — of the Russian Revolution’s intellectual ancestors, Chekhov’s plays linger over the petty aristocracy left behind.

Ivanov and The Cherry Orchard share a recognizable Chekhovian setting — a Russian manse in the wane of its glory. In Ivanov, a despairing landowner, mourning the lost vigor of his youth, embarks on a “new life,” his generous term for conducting an affair with a young neighbor half his age, as his wife dies of tuberculosis. The Cherry Orchard, though conceived by Chekhov as a comedy, at times finds its humor overpowered by the melodrama of loss. Fittingly then, it is in his rendering of Ivanov, with its more bombastic brand of comedy, that Stoppard leaves a more conspicuous signature.

The play opens with a gun, leaving us — this being Chekhov — with at least an inkling as to where it might end up. As Ivanov reads on the terrace, Borkin, his scheming and irreverent estate manager, surprises him with a rifle to the head, his idea of a spirited joke. Stoppard adds to this lawless mix his trademark layered speech: Borkin and Ivanov speak simultaneously, neither bothering to fully listen to the other. In Stoppard’s hands, Chekhov’s locutions are contemporary, often simple (“No, seriously,” one character protests). Consider these two renderings of the scene where Anna, Ivanov’s Jewish wife, who has abandoned her faith and family to be with him, recounts their romance. In Lawrence Senelick’s translation,* Anna exclaims:

“One glimpse of him and I was caught in the mousetrap, snap! He said: let’s go?I cut myself off from everything, you know, the way people snip off withered leaves with a scissors, and I went?”

Here is Stoppard’s re-creation of the same moment:

Stoppard’s version cuts through the wordiness to better extract the tone — an idea of character and spontaneity informs his sense of how people speak. Anna, caught in the throes of memory, breaks through to the language of immediacy: she is less precise, perhaps, but her words, in their repetition, have the feeling of one stumbling without forethought into metaphor.

Stoppard is most comfortable, and most incisive, in the arena of humor — a highbrow jester, he knows his own game. Chekhov is naturally funny, and Stoppard squeezes from these moments whatever satiric touches he can find. When Count Shabelsky, Ivanov’s uncle, makes a whiney appeal to be brought along on a visit to the Lebedev’s — the neighboring estate — Stoppard jumps at the moment’s potential for comic exaggeration. In his version, Shabelsky shouts, “I’m bored! I’m stupid with boredom! You leave me at home so your bored wife isn’t bored on her own, and I’m boring her to death.” Likewise, in The Cherry Orchard, Stoppard exploits the absurdity of Chekhov’s secondary characters, the way they parrot the mannerisms of their betters: The clerk Yepikhodov, eager to advertise his intellect to a collection of hapless servants who could not be less interested, muses, “Abroad has been going on for ages, it’s arrived at a certain state of arrival.” (Senelick gives this, as drily as Yepikhodov probably meant it, as “Abroad everything long ago attained its complete complexification.”)

The Cherry Orchard is a more refined play than Ivanov, and it’s hard not to notice Chekhov’s evolution in the comparison. Both plays center upon characters made ridiculous by their preordained roles: Lvov, in Ivanov, takes the parody of the honest doctor to ruinous extremes while Ivanov storms about like “a sort of hangdog parody of a literary clich? — the superfluous man!,” unable to step outside of his image of what his life has become. The servant Yasha, in The Cherry Orchard, gloats over his sophistication, leaving a grating reek of cheap cigars in his wake. Though Stoppard’s voice is more prominent in Ivanov, The Cherry Orchard, populated by men and women unable to take action against their own failures, manages the more devastating humor. It is here that Stoppard’s Chekhovian inheritance shows through most clearly: both playwrights push their characters to the brink of satire without losing a sense of them as people. (One thinks of Bakunin, the slapdash anarchist in Stoppard’s Utopia plays, joking that he “ran out of revolutions.” Bakunin, as Stoppard envisions him, is a perfect Chekhovian prototype, indefatigable in the face of a world that he doesn’t quite realize is working against him.) When Liubov, the estate’s self-deluding mistress, calls out Trofimov, the perpetual student, on his phobic relationship to sex, the result is as painful as it is humorous:

Liubov: It’s about time you were a man, at your age you should understand about love. You still need to find out, you need to fall in love your self! (angrily) Yes, that’s what it is! — you’re not pure, you’re just late! You’re nothing but a prude and a prig, a freak — fancy, the age you are and no lover!

Trofimov: (in horror) What are you saying!

Liubov: “Above love!” You’re not above love — as Firs would say, you’re a noodle. Twenty-six and never been kissed!

Trokimov has of course spoken laughably, but his shame is genuine. Chekhov’s wit, however, stops shy of cruelty, and Stoppard follows suit. Chekhov, it would seem, cares more for his characters than they do for each other.

It is unlikely that these versions of Stoppard’s will be the definitive translations, if they can even be called translations at all. Rather, they are a living document of one playwright communing with another. As Stoppard has elsewhere written, “For some a play is a literary artifact, a finished object like a poem and not something to be mucked about between editions on the say-so of the event that follows? But I take theater to be a recreation.” Here we have just that — a modern master, mucking about in the legacy of his forebear and emerging with something new.

*Lawrence Senelick’s 2006 translations of both plays are used for all comparisons in this piece.