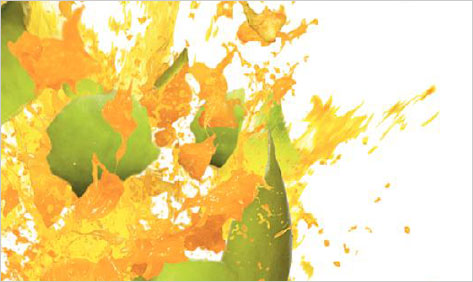 Super Freakonomics begins by laying down two simple premises. One is that individuals respond to economic incentives. If a hefty new tax on breakfast croissants suddenly jacks prices up to $100 for each buttery half-moon, people will purchase more muffins. Another is that “one of the most powerful laws in the universe is the law of unintended consequences.” Accelerated muffin production drains the world of blueberries, thus destabilizing Chile, the world’s leading blueberry exporter, and plunging Latin America into chaos. Who’da thunk it?

But perhaps the best example of incentives colliding with unintended consequences is, well… Super Freakonomics. The original Freakonomics  —  a bestselling, entertaining work published in 2005 by the duo of famed economist Steven Levitt and journalist Stephen Dubner —  did a grand job popularizing economic analysis and convincing people that enough economists armed with enough data could not only solve most of the world’s problems, but be wry and interesting along the way. Freakonomics was followed by a rush of economists-explain-it-all books, including Tim Harford’s Undercover Economist, Tyler Cowen’s Discover Your Inner Economist, and Robert Frank’s Economic Naturalist.

Culturally, these books marked an interesting moment in the economics profession. With most of the big problems apparently solved, the economics toolkit was turned to illuminate everything from the prices of concert tickets to the ethics of sumo wrestlers. Publicly, if not privately, the profession was kicking its feet up on the desk and relaxing after a job well done.

But as the financial crash of 2008 showed, the big problems weren’t solved. And just as the original Freakonomics, in perfect tune with the times, contained much to convince people that we should probably give  economists free run of things (look how much they seem to know about patterns in baby naming!), Super Freakonomics keeps track with the moment by giving us reason to be very careful about confusing clever analysis with serious solutions.

Much attention has accrued to global warming section of the book, and we’ll get to that. But for my money, the book’s worst tendencies are on display in its beginning pages. There, the Freakonomists begin with an analysis meant to encapsulate the general Freakonomics take on life. But the topic here isn’t cutesy or trivial, it is literally life and death. According to Levitt and Dubner, all those teary warnings about driving drunk have obscured the greater danger: walking drunk. That’s quite a finding, if true. But is it true?

The Freakonomists arrive at this conclusion in a fairly unorthodox manner. They begin with surveys showing that one out of every 140 miles driven is driven by someone who’s blood alcohol is above the legal limit. “The average American walks about a half-mile per day outside the home or workplace. There are some 237 million Americans sixteen and older,” they continue, “all told, that’s 43 billion miles walked each year by people of driving age. If we assume that 1 out of every 140 of those miles are walked drunk — the same proportion of miles that are driven drunk — then 307 million miles are walked drunk each year.” Match those numbers against each other and drunk walking proves eight times more dangerous than drunk driving. “Friends don’t let friends walk drunk,” the Freakonomists conclude.

This doesn’t stop the Freakonomists, though, who conclude that “friends don’t let friends walk drunk.” In an interview I conducted with them for C-SPAN’s Book TV, Levitt emphasized that “if someone holds a gun to your head,” you should definitely drive drunk rather than walk drunk.

I have no real problem with weak statistics being used to make a suggestive argument on a trivial matter. But for a famed and eminent economist to try and rehab the reputation of drunk driving — at least relative to walking home from the bar — atop these statistics? It’s irresponsible. It is not hard to imagine someone deciding whether to give up the keys and stroll home thinking back to this chapter and using it to justify reckless — or at least potentially reckless — behavior.

This gets to the book’s big problem: interesting conclusions are often married to shoddy analysis on important topics that the authors don’t have the expertise to cover knowledgeably. If any of those variables were removed — if the topics were unimportant, or the analysis tighter — the book would be fine. But instead they’re knitted together, and nowhere more lazily than in the book’s closing chapter on global warming.

The chapter begins with a cheap effort to raise the stature of the Freakonomists at the expense of the climate scientists who actually study these issues. We take a quick dip into the debunked “global cooling” stories that enjoyed a brief vogue in the 70s (the Freakonomists, stung by the firestorm of criticism that emerged after the book was published, now hold that they never meant to draw an equivalence, but their writing betrays them), throw some rocks at Al Gore, and soon enough, learn that global warming has become a “religion.” Yawn. The antidote, apparently, is an afternoon with some technogeeks who runs a firm called “Intellectual Ventures.”

Among other things, Intellectual Ventures has ideas for ending severe hurricanes by churning sea water, and ending the threat of global warming by pumping sulfate particles into the stratosphere, or deploying a fleet of ships to kick up water mist. So-called “geo-engineering” solutions are not nuts, and anyone who watches the miserable process by which the United States Congress turns good policy ideas into bad legislation will quickly come to the conclusion that they should be explored. But the Freakonomists don’t explore them. Instead, they promote them, avoiding all the hard questions (who, for instance, gets to control the global temperature under these schemes? What do you do with the endless build-up of carbon that you’re now having to re-engineer the earth’s climate to counteract? What if you’re wrong about what endless quantities of sulfates will do in the upper atmosphere?) and arguing — literally — that we should just pump some crap into the air and move onto “harder” problems.

To get a sense of the flippancy with which Freakonomics treats this topic, it’s worth wandering outside the book’s confines and over to the Diane Rehm show, where Levitt was asked about ocean acidification (geo-engineering solutions mask the effects of carbon dioxide rather than eliminating its presence, and so they don’t prevent ocean acidification). “Ocean acidification is an important issue,” he admitted. “Now, there are ways to deal with ocean acidification, right, it’s actually, that’s actually, we know exactly how to un-acidifiy the oceans, is to pour a bunch of base into it.”

“Pour a bunch of base into it.” It being, in this case, the oceans that cover most of the earth’s landmass, protecting incredibly delicate ecosystems that thrive in incredibly precise conditions. Surely someone who said that “one of the most powerful laws in the universe is the law of unintended consequences” would be a bit wary of trying to manipulate the earth’s atmosphere and then dealing with the consequences by rejiggering the composition of the seas. But apparently not.

And that, in the end, is the problem with Freakonomics: It was all too right. People do respond to incentives, and the publication of the original book amounted to a huge financial incentive for Dubner and Levitt to publish a follow-up packed with even more unexpected insights into everyday life. The problem was that they needed more good insights than they really had. I don’t know that Levitt and Dubner ever expected to find themselves defending drunk driving and slamming climate scientists in print, but sometimes, seemingly clear incentives lead to consequences we don’t expect.

Ezra Klein writes on economic and domestic policy for The Washington Post, at http://voices.washingtonpost.com/ezra-klein. He has been an associate editor at The American Prospect and contributes to the group food blog the Internet Food Association.