Ten Secrets from “The Secret History of Kindness”

1) You can attend attend a thing called Chicken Camp. No, it doesn’t have to do with urban-hipster-craft-microfarming. It has to do with honing behavior modification skills relevant to teaching other animals—including humans—à la clicker training. For five days you get to sweat bullets while trying to help one of your assigned chickens find her inner circus performer. You will teach your bird to do things like run an obstacle course, perform aerial acts, discriminate colors and shapes, and drag things across a tabletop. Your tools? A toy clicker and a cup of feed. Oh, and excellent timing along with an ability to push yourself to the intellectual and physical limit. Chickens are exacting animals to train. And your instructor will be one of the world’s most knowledgeable behaviorists. This is not a spa vacation.

2) B.F. Skinner, the much-maligned scientist who discovered the universal law of behavior acquisition called operant conditioning, built a teaching machine over 60 years ago. After visiting his daughter’s grade-school classroom and seeing the bored and restless students, he analyzed the cause: kids who were sharp and worked quickly were effectively punished by not receiving immediate reinforcement in the form of learning whether or not they had succeeded; the slower students were plagued by discouragement. Skinner knew from his lab work that prompt feedback on performance is what teaches an organism to repeat desired behavior. So he designed a desktop machine that would enable every student to work at his or her own pace. It was a brilliant success, all the students happily engaged in their work. The machine never caught on. However, many decades after his death, one that operates according to these very same principles did find widespread use, in the classroom and everywhere else. It is known as the personal computer.

3) A book titled Don’t Shoot the Dog!, which has become a crucial foundation text found in the library of every educated dog trainer in the world, has next to nothing to do with dogs. Instead, its author, Karen Pryor, intended to show how positive reinforcement training (which she learned in the course of working with captive dolphins in Hawaii) could be applied by anyone, anywhere, including with friends, family, and work. What works with your dog will work with your child or your spouse, she maintained. Try it and see.

4) The mid-1940s saw the first commercial animal training company, Animal Behavior Enterprises, begun by a young married couple who had been students of Skinner. They believed in ABE, even if their professor—upon whose discoveries their applied behaviorism was firmly based—did not. They proved him wrong. For decades, they trained animals that ultimately represented 140 different species and, at one notable point, over 1,000 individuals. These appeared in commercials and demonstrations all over the country; ABE also did work for the government, some of which is still classified. A television commercial starring a subject of theirs named Buck Bunny ran for an unequaled twenty years. 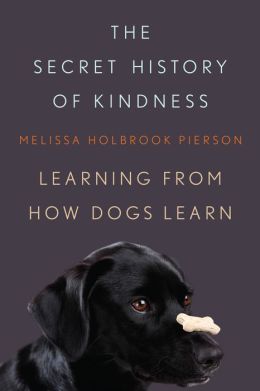 5) Everyone knows about assistance dogs, trained to help the blind or disabled navigate physical obstacles. But not everyone knows there is at least one seeing-eye miniature horse—named Panda—who was trained by the preeminent authority in equine clicker training, Alexandra Kurland. Panda guides her human everywhere a dog could, including into cars and trains, up stairs and into buildings. There she waits patiently, for as long as required. She is the subject of a children’s book titled Panda: A Guide Horse for Ann.

6) “Could Dopamine Be the Most Evil Chemical in the World?” Thus queried a persuasive argument published in a chemistry journal.We are used to thinking of the so-called pleasure chemical as the driver in addictions to fun but illicit substances from heroin to doughnuts. Yet it is also associated with behaviors that are more widely injurious than to just an individual who partakes: waging war, practicing religion, power grabs, and receiving money also make it flow. The interesting thing, however, is that it is not after we perform or ingest that dopamine gives us the “rush” of reward. Rather, it is while anticipating the act that dopamine spikes.

7) The world’s first guided missile was guided by . . . pigeons. At the outset of America’s involvement in World War II, B. F. Skinner and some students spent a year in a secret lab at the top of the General Mills plant in Minneapolis, at work on what was dubbed Project Pigeon. The system they arrived at, which employed three birds in the nosecone of the bomb pecking at a ground-glass screen to continuously correct course toward target, never failed a single test. Nevertheless the government declined to go forward with the plan. Only they knew at the time that a more promising weapon was in the works: the atomic bomb.

8) A teaching methodology called TAGteach — “teaching with acoustical guidance,” or essentially clicker training for humans—is currently applied in learning systems for everything from golf to special ed, business management training to gymnastics. Its outcomes include streamlined teaching of complex tasks, happy students, and successful athletes. Its basis of reward is something called a “token economy,” where inherently meaningless rewards can be exchanged later for desirable goods. Most of us are already familiar with the way a token economy works: it’s called money.

9) Contrary to popular belief, the “Skinner box” is not an experimental compartment in which his second daughter was imprisoned when a baby. He did build a bassinet for her, actually called the Air-Crib, but it was simply a climate-controlled playpen where a baby could spend time unfettered by blankets and clothes. (Skinner loved inventing gadgets.) The Skinner box, on the other hand, was an experimental chamber in which lab rats and pigeons performed behaviors in exchange for reinforcement, and the rates of each were recorded—by another gadget the scientist invented, the data recorder.

10) Dogs are nearly identical genetically to wolves: only in one percent of mitochondrial DNA do they differ. (Wolves and coyotes, on the other hand, are separated by six percent.) It is something of a miracle they suffer us to be their best friends, an honor that calls for respect. Not least by learning from how dogs learn. Then we may find we are closer than we ever dreamed: we learn the same way.