The Age of Salander 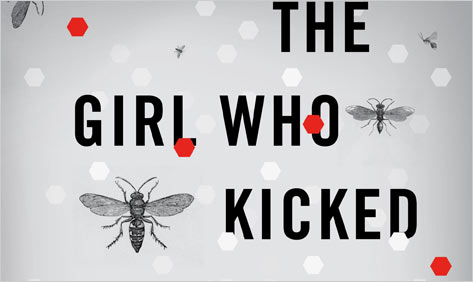 By now, the narrative of Stieg Larsson is well-established to the point of near-myth. So it goes with a bona fide cultural phenomenon whose creator did not live to see the truly global success of the Millennium Trilogy. The surrounding legal drama between Larsson’s longtime partner and family owing to his lack of a will, the excellent movie adaptation of The Girl With the Dragon Tattoo, the glut of articles about the Nordic crime boom, and the new and forthcoming release of several biographies all underscore and obfuscate the bottom line: these three books resonate for millions of readers as few thrillers do. They—like me—are so hooked that the prospect of an end to the series produces low-to-mid-range frustration. To misquote Samuel Beckett, there can’t be more. There must be more. There is no more.

The best way to explain this inevitable reaction is to start with the last hundred or so pages of The Girl Who Kicks the Hornet’s Nest, which finally arrives on American soil. Lisbeth Salander, having endured all manner of violence, humiliation, suffering, and degradation with revenge-soaked stoicism for just over half of her twenty-seven years on earth, is on trial for trying to kill her father, the Russian defector and Swedish national security nightmare Alexander Zalachenko. Her solicitor is Annika Gianinni, a feminist crusader and sister to the trilogy’s other main protagonist, Mikael Blomqvist. They face a cavalry of aging men desperate to hang on to their powerful positions and crush Salander’s spirit through every conspiratorial means possible, from declarations of mental incapacitation to trumped-up murder charges that can’t quite stick (so attempted murder will have to suffice.)

The outcome is obvious to the reader, because Larsson, throughout the series, has conformed to the mystery novel’s chief structure: blinding chaos is restored to natural order, with some obligatory loose strands left to dangle for the next book. But what he has also done, brilliantly, is to use the chaos/order dichotomy as a means of mining more ancient archetypes revolving around catharsis. Salander is any mythical or larger-than-life character you want her to be, from Diana the Huntress to females of Amazonian glory to Boadicea to Pippi Longstocking to Mallory, Carol O’Connell’s glorious sociopathic heroine. She’s the Bad Girl because others say she is, but really her misfit ways and fluid sexuality simply are, free from societal norms and judgments.

So—and I guess this counts as a spoiler—Salander prevails. But we’ve known she would from the moment she first appeared in her former boss’s office, slapping down the dossier she compiled on Blomqvist and blithely commenting that he must have been set up by the financier, Wennerström—the villain eventually brought down through a mix of hackery and trickery by Salander and Blomqvist. But the breathtaking glory of those final sections of The Girl Who Kicked the Hornet’s Nest is the systematic thoroughness of Salander’s triumph.

Men will continue to hate women, and to box them in and shut them down; the rich will hoard their wealth and the poor will be trapped. But the events chronicled in those hundred pages, the culmination of the several hundred thousand words preceding, imagine a small but vital change to the game. If one elfin, multi-tattooed, take-no-prisoners, socially withdrawn young woman can beat the system—definitively and with several blows struck in the name of some turbo-charged form of Girl Power—surely millions of others facing more mundane but more devastating insults and injustices can also prevail?

But enough about the end. Some justice must be done on the book’s entirety, after all, and why The Girl Who Kicked The Hornet’s Nest caps the trilogy so well. First off is Larsson’s knack for building, maintaining, and then explosively increasing the momentum even as he barrels through what could be some turgid expository dumps. Did we need to know every little bit of backstory on peripheral members of the so-called “Zalachenko Club” responsible for circumventing the constitution and screwing over Salander to a life under the government’s thumb? No, but just when one might throw up one’s hands, along comes a vital chess move through the byzantine plot that might come in handy later on. And like his colleague in blockbusters, Dan Brown, Larsson’s enthusiasm for the information he spills out, be it on the annals of his country’s darkest political crimes or the specs of the computer Salander works with, is infectious. Did you know how cool this is? he asks. We did not, but now we do—and yeah, it is pretty cool.

That leads into the second point: the Millennium Trilogy is mecca for the twin nerdy pursuits of journalism and technology. Larsson idealized journalism too much and spent too little on getting the inner workings of computer hacking right, but the net effect in both cases is that the 2010’s reality super-imposes itself on the 2003-2005 world depicted in the books. The effects of that juxtaposition are somewhat different. With respect to journalism, bloggers toiling at pennies per post if they are lucky after being downsized from cushier newspaper and magazine jobs look to Millennium (Blomqvist’s baby) and SMP (where his partner Erika migrates to save a sinking ship) as the personification of the “good old days,” when dogged investigation and commitment to quality, not page views, was rewarded most.

Technology is another story. Gadgets date quickly, and Salander’s reliance on a Palm Tungsten 3T to communicate with Blomqvist in stealth while supposedly sequestered from the world in a hospital shoehorns the action to late 2004/early 2005. Would the plot have been poleaxed by the presence of a smartphone, or by the likelihood of incriminating videos ending up on YouTube with a single click? Perhaps, but with recent privacy-busting actions by the post-Larsson behemoth Facebook (or Google, hardly as formidable then as it is now) and surveillance-happy governments in all likely and unlikely corners, I reckon Larsson might have figured out additional ways around the plausibility problem—or blithely ignored them altogether since truth trumps fiction for bizarreness.

Such considerations remind one that these books, with all their violence and modern accoutrements, are wonderfully old-fashioned. Salander spends the bulk of Hornet’s Nest trapped in a hospital bed, in jail, or in a stifling room answering to so-called crimes or watching, impassively, as her lawyer annihilates former tormentors and exposes their own perversions. And yet she is still the most active investigator of the truth in the story, able to accomplish what experienced journalists or government officials cannot. Those key figures also must use their wits—as well as some well-placed information here and there, illegally obtained or not—and deduce the impossible truth of Salander’s victimhood from more plausible but flat wrong suppositions of guilt. Blomqvist may get much more action than his forefather in crime, Sherlock Holmes, but the principles are much the same.

Finally, to quote Blomqvist, “when it comes down to it, this story is not primarily about spies and secret government agencies; it’s about violence against women, and those who enable it.” Sex, in other words, is the big red herring, and I think that’s why Larsson had the license to stretch the boundaries a bit. Because it doesn’t matter if Blomqvist has women constantly flocking to him (in Hornet’s Nest the quite unnecessary amorous episodes feature the near-Olympian turned secret agent Monika Figuerola), or if his long-running relationship with the married Berger is the best depiction of polyamory in fiction I’ve read, or if Salander sleeps with both men and women. Sex is private, borne out of love or desire or other more complicated emotions. Violence, be it body blows or brutal rape, is a public problem to be aired out so as to eradicate it for good.

Such was Larsson’s hope, anyway. He wouldn’t have lived to see the end of violence against women even if he was still alive today with thirty more years to go. But the three finished novels he left behind attest to idealism on many fronts: that journalism was a social service, that technology was a positive force for good, and that violence was a scourge both could vanquish. We’re so far away from these goals that to read about them in the form of three supremely entertaining thrillers is escapism and catharsis of the highest order. And each subsequent generation will get sucked into Larsson’s world anew, ready to fight alongside Blomqvist and Salander.