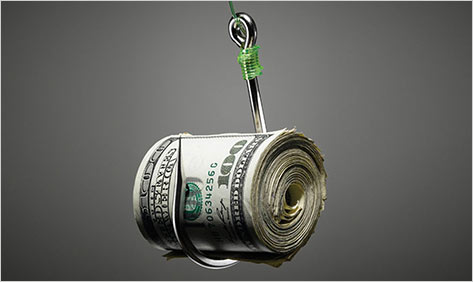 On January 30, 2007, Jamie Mai wrote an email to his partners Charlie Ledley and Ben Hockett. “If a broad range of CDO spreads starts to widen,” he said, “it means that a material global financial clusterfuck is likely occurring.”

On January 31, 2007, a broad range of CDO spreads started to widen, dramatically. The long-feared meltdown was upon us all — not that most of us knew it, at the time — and a very small number of investors was about to get paid out on the trade of their lifetimes. Mai, Ledley, and Hockett were part of that select group, whose tale is grippingly told by Michael Lewis in The Big Short.

The Big Short is not the story of the crisis, as the crisis is commonly understood. The failure of Lehman brothers and of Fannie Mae and Freddie Mac; the stock-market crash; the bail-out of Detroit; the fevered all-nighters pulled at Treasury and the New York Fed; the fears that the entire global financial system was on the brink of collapse — little if any of that is in this book.

Instead, Lewis has found a different story — one which he started mining for a spectacular cover story in the December 2007 issue of Portfolio magazine, and which has culminated in this book, over two years later. It’s the story of what used to be called the “subprime crisis” before it metastasized into something much larger and more dangerous than that. And it’s also, like all Michael Lewis tales, a human story, which takes us deep inside unique characters like Steve Eisman and Mike Burry.

On the face of it, there’s almost nothing sympathetic about these men. Their social skills are all but nonexistent; they live in a world of arcane financial analysis which might as well be a different planet for all that it has any bearing on the way that most of us live our lives; and they made their outsize profits by wagering hundreds of millions of dollars on the proposition that Americans across the country would end up being thrown out of their homes after they found themselves unable to make their mortgage payments.

What these men did was not “socially useless,” to quote the chairman of the UK’s Financial Services Authority, Lord Turner. It was worse than that: it was actively harmful, since they provided the fuel which kept the subprime mortgage furnace burning even when the country was running out of new junk mortgages to write. In most financial markets, bearish bets act as a dampener; in this one, they were a necessary part of the subprime-mortgage machine, and a Deutsche Bank mortgage trader named Greg Lippmann ended up making billions of dollars for his employer — not to mention a $50 million bonus for himself — by aggressively going out and finding fund managers to put on the short bets needed to keep the market ticking. (This is the same Lippmann who, when accused of being a “Chicken Little” responded by saying “Fuck you, I’m short your house.”)

But Lewis has a soft spot for these misfits — fund managers who stumbled into the bond market from careers making bets on stocks, who suffered ridicule and ostracism even from their own investors before their bets paid off, and who he has now chosen to immortalize in print as the few clear-eyed men in a world of deluded bankers and investors.

At the same time, Lewis aims both barrels at the ratings agencies, happily quoting someone describing the staff there as “basically like brain-dead.” He also sets up a hapless fund manager named Wing Chau as a major villain for taking the long side of the bet and making millions of dollars by doing so, despite being spectacularly wrong.

The result is a rollicking narrative: a tale of beleaguered little guys betting against monster banks and fund managers, and, in the end, winning. (Lewis barely mentions the biggest and most famous of the shorts, John Paulson and Andrew Lahde, perhaps because they were too rich and successful to begin with.)

Amazingly, despite the fact that the book is so one-sided, it also functions as a peerless guide to exactly what went so very wrong in the credit markets generally, and the mortgage markets in particular, over the course of the last decade. It’s not easy to explain synthetic subprime-backed collateralized debt obligations, but Lewis does an excellent job on both the micro level — what these thing are, and how they worked — and the macro level — how the market in such exotica helped to destabilize the entire financial system.

Most impressively, Lewis has backed up his story with an enormous amount of old-fashioned reporting, spending a lot of time with the characters in his book and their families, as well as getting the important complex financial details correct. (Not everybody will understand the grittiest of the details, of course: that’s inevitable. But everybody will be gripped by the book’s narrative, all the same.) The Portfolio story on which this book is based was a great tale which was sometimes a bit fuzzy on the finance; the book is an even greater tale with the facts nailed down.

The result is that rarest of beasts in a world drowning in financial-crisis books: a new book which actually breaks news. For instance, Lewis uncovers what could possibly be the single greatest trade that any Wall Street banker ever made: in December 2006 and January 2007, Deutsche’s Greg Lippmann paid an insurance premium of 0.28 percentage points to take out insurance on $4 billion of triple-A-rated bonds from Morgan Stanley’s Howie Hubler. Less than a year later, that $11 million bet paid off to the tune of a whopping $3.7 billion. I’ll save you the math: that’s an annual return of more than 33,000%.

There’s lots more where that came from: this is an assiduously-reported and beautifully-written book. There aren’t many reasons to be happy about the global financial crisis, but here’s one: that it brought Michael Lewis back to his roots, to produce what is probably the single best piece of financial journalism ever written.