The Birth (and Death) of the Cool 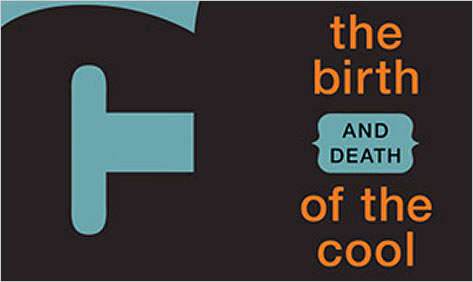 In the Sunday New York Times of November 22, 1992, reporter Rick Marin gave readers the skinny on a new music and lifestyle trend called “grunge.” Alongside his piece on “greasy Caucasian youths in ripped jeans, untucked flannel and stomping boots,” the Times ran a brief glossary of grunge argot. “Swingin’ on the flippety-flop” meant hanging out. “Wack slacks” were ripped jeans. And a “harsh realm” was a bad situation — such as finding out that your twenty-five-year-old source lied to you and your “grunge lexicon” is a joke.

Why did Megan Jasper, a sales rep at Seattle’s Sub Pop Records, sabotage Marin’s article?  Subcultures invariably produce slang, so why do I find Jasper’s prank cooler than Marin’s curiosity? Perhaps because it reminds me of Louis Armstrong’s immortal reply, upon being asked to explain jazz:  “If you have to ask . . . you’ll never know.” Which is cool — but also, let’s be honest, a churlish cop-out. Why do we pay obeisance to coolness, that most obscurantist and protean of masters? Ted Gioia, the music historian and author of The Birth (and Death) of the Cool, thinks it’s time we cast off our shackles.

Gioia perceives an emerging “postcool attitude,” which is “not just another style, but a rejection of the stylized. It is not just another trend, but a distaste for trendiness. It is not just another pose, but a dismissal of the poseurs.” For Gioia, “cool” is not synonymous with “fashionable” or “current.” Cool “as we know it” is a specific and, until recently, persistent set of values and postures with clearly defined roots in jazz — particularly Bix Beiderbecke, Lester Young, and Miles Davis — the counterculture, and other marginal and not-so-marginal influences (Bugs Bunny was evidently an avatar of cool). Indifference to social convention, ironic detachment, and even a pronounced self-destructive streak were, for one reason or another, cool.

It was difficult for the cool person to know why he was so, says Gioia, so he had to take care to look like he couldn’t care less. Gioia writes, “Coolness, to a frustrating degree, is outside your control — it only comes when others laud your most righteous hairdo and start following in your wake.” There is an abundance of jive in Gioia’s prose, but he’s correct about this, and doubly correct when he taps Castiglione, the author of the Renaissance-era Book of the Courtier, as the inventor of what we moderns might call playing it off legit:

Castiglione prizes what he calls sprezzatura — the art of doing difficult things, but making them look easy. “Avoid affectation in every way possible,” he writes. “Conceal all art and make whatever is done or said appear to be without effort and almost without any thought about it.” The courtier’s style — relaxed, confident, without sweat or bother — is essential to the overall effect.

Also cool was (and here we return to Jasper’s prank) the sowing of confusion. “I heard one critic boast,” he writes, “that he took pride in recommending music to people  that he knew they would never enjoy. . . . [I]n the brave new world of the post-sixties, when everything was about asserting the coolness of your own lifestyle, half the fun was seeing it get in a head-on collision with someone else’s.” Appreciation is a reverse Midas touch that ruins anything cool. A corollary of “I liked X before it was cool” is “X is no longer cool, because it is liked.”

So, cool is less proselytizing faith than mystery cult, but because its rituals, incantations, and fetishes aren’t, notwithstanding the “Grungespeak” affair, all that difficult to grasp, they must be constantly revised. Never mind that, says Gioia — the conceptual underpinnings remain the same. Or did, until now.

What rises from the ashes of the cool, in Gioia’s opinion? Sincerity. Simplicity. And, as will surprise no one, a slippery something called authenticity. Gioia writes, “With popular authors, from Mitch Albom to Khaled Hosseini, the new tone is straight from the heart, without flash or attitude. . . . In contrast, attempts to capture the cool mood of the moment, such as Tom Wolfe’s 2004 novel, I Am Charlotte Simmons . . . increasingly get a tepid response (as when Wolfe’s book earned a Bad Sex in Fiction award from London’s Literary Review).”

This example, which pits a sentimental huckster (Albom) against an ambitious, albeit hit-or-miss, journalist (Wolfe), is characteristic of some of the hasty thinking on display as Gioia overreaches for his Gladwellian eureka. Wolfe was not attempting to “capture the cool mood of the moment,” in either his or Gioia’s sense of the word “cool”; he was trying to depict faithfully the degraded sexual and social mores of a younger generation. Where his book failed, it failed because Wolfe, a man in his seventies, simply wasn’t cool enough. His most trivial mistakes called attention to his age and outsider status, as when a senior citizen refers to the “Interweb” or asks, “What’s a J-Lo?”

This, however, is not a trivial mistake on Gioia’s part, nor is it a quibble on mine. Gioia frequently draws from his anecdotes lessons that seem not so much counterintuitive as merely wrong. He is delighted by the case of Marié Digby, a singer-songwriter who posed as an unknown ingénue on YouTube, became very popular by word of mouth, and then tanked when it was revealed that her label (Walt Disney’s Hollywood Records) had engineered the masquerade. Does her downfall suggest, as Gioia wants us to believe, that people are now too “authentic” to be manipulated by a megacorp? Or does it suggest the opposite — that people lack the confidence to enjoy something on purely aesthetic terms, without fretting about whether they “discovered” it or had it marketed to them from above?

The Digby case sounds like “meet the new boss, same as the old boss.” There is no significant difference between always liking what you’re told to and always refusing to like what you’re told to. This fundamental truth is lost on the kind of people who, for instance, refuse to own televisions, or assume that all politicians are lying. Their vaunted authenticity is really an especially grating form of contrarianism. They are unable or unwilling to judge honestly, and are more interested in being unique than in being happy — though they are very rarely either.

Then again, the generation Gioia extols as having transcended cool — not to mention Gioia himself — may have a new trick: When it wants to indulge in groupthink or blind trend-following, it simply pronounces the object of its desire “uncool.” Presto. So Gioia expects readers to swallow the idea that Barack Obama won the presidency by being, in the words of The New Republic’s Michelle Cottle, “a gangly, jug-eared, overeducated, workaholic with a fondness for Scrabble.” Forget his star-studded backup band. Forget the ubiquitous, kitschy faux-Soviet campaign posters. He’s an “inveterate dork”!

This kind of thing severely tries the reader’s patience. Obama, lest we forget, had women fainting like they were at an early Beatles concert; if anything, he is a walking refutation of everything Gioia hopes to argue. Gioia’s rejoinder is to point out that Obama has large ears. Yes, and Mick Jagger has lips like a pair of hot dogs — so what? Both manage to do what Castiglione named as a prerequisite centuries ago: They make it look easy. Only the particulars of the “it” changes, and, having considered Gioia’s book, it’s difficult to agree with his argument that those particulars are what count.

Cool is all about authenticity. Authentic is whatever most people aren’t, since most people are shaped and controlled by peer pressure and marketing. Thus, the quickest and surest route to authenticity is contrarianism, preferably by way of blasé eccentricity. You know the type: “Yeah, I’ve pretty much always been into skiffle / Symbolist poetry / Dario Argento / raw foodism / ceremonial maces / taxidermy / bisexuality — haven’t you?” (As John Cusack’s character said in High Fidelity: “What really matters is what you like, not what you are like.”) But when everyone is in on the technique, as is the case nowadays, you don’t end up with what Gioia calls “postcool.” You end up, unfortunately, with a nation of neurotic, competitive, self-absorbed, and lonely scaredy-cats who can scarcely decide whether to follow the herd or drive it off a cliff.