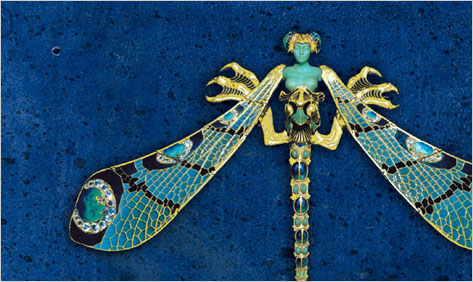 A. S. Byatt published her first novel in 1964 and, over the ensuing two and a half decades, produced a series of successors that were admired by critics but had little reach beyond intellectual circles. Yet when Possession, her literary romance and thriller, became a bestseller on its publication in 1990, the author evinced no surprise. Quite the contrary: this time, she said, she had written with a larger audience in mind. In tone and scope, the resulting novel proved a gripping and original blend of the Victorian and postmodern, serving up two love stories, some improbably sexy critical theory, and countless deft pastiches of Rossetti and Browning. “I knew people would like it,” Byatt told The New York Times. “It’s the only one I’ve written to be liked, and I did it partly to show off.”

Nearly 20 years later, still mashing up genres, switching historical periods, and unfolding tales with supple and convincing omniscience, the author has continued to challenge and entertain her readers. She has ventured into fairy tales, suggesting that “they form, or until recently formed, the narrative grammar of our minds.” She has excoriated grown-up readers of the Harry Potter books, claiming that J. K. Rowling’s series “speaks to an adult generation that hasn’t known, and doesn’t care about, mystery.” And she has questioned the practice of including real-life people in fiction, arguing that that using an actual person “as the single original in fiction” inhibits creativity by failing to leave room for “the necessary insertion of inventions.”

By her own admission, Byatt peoples her books with composites. Types, she says, tend to recur. Olive Wellwood, the preening, selfish, and blinkered, if basically good-hearted, children’s writer at the center of her latest novel, is one part D. H. Lawrence, one part E. Nesbit, two parts Alison Uttley, a dash of Rebecca West, and, of course, a great deal of the author’s imagination, all steeped in the pot of her moralizing. Writers and other artists who steal too directly from other people for inspiration fare badly in The Children’s Book, another brainy crowd-pleaser — a vast Edwardian-era panorama so spellbinding it invaded my dreams, but also frustrated me, in the end, as characters’ fates bent to Byatt’s ethical agendas.

Our story begins in 1895 as Olive visits the (new) Victoria and Albert Museum, seeking ideas for a story. She charms the curator, Prosper Cain, while her eldest son (and favorite child), Tom, and Prosper’s boy, Julian, spy on and then confront a lad who’s sketching the museum’s treasures. Having fled a miserable job working the kilns in a pottery, Philip Warren hasn’t eaten a proper meal in weeks but spends his days drawing and his nights sleeping amid the artifacts stored in the museum’s cold basement. Surveying his drawings, all are amazed by the level of his craft. As Philip devours tea and sandwiches, it is agreed that he must be whisked away to Todefright, the Wellwoods’ rambling farmhouse estate, until they can decide what to do with him. Soon the Wellwoods throw a party, and one of the guests offers Philip his dream job. The boy becomes an apprentice to the brilliant but monstrous potter Benedict Fludd, a man given to intermittent “werewolf-changes” and “religious fits.”

Life for the Wellwoods is darker and more complicated than it initially seems. With the help of her wellborn husband, Humphrey, Olive has escaped a life of terrible poverty and grief and constructed a new one that enables her to spend her time creating fantasy worlds. But it’s Olive’s writing income that supports their landed lifestyle, at least once Humphrey resigns from his banking job to turn his attentions to political activism (and womanizing) full-time. And unbeknownst to the Wellwood kids, not all are biological children of both Olive and Humphrey; some are the offspring only of one or the other, although all were born during the marriage. The brood dislikes Violet — Olive’s spinster sister and their round-the-clock babysitter — even as several of the children begin to suspect that she may actually be their mother. This possibility particularly consumes Dorothy, a bright, matter-of-fact girl who yearns to be a doctor and doesn’t get on with Olive. Stern and diligent, a perfect foil to Olive’s whimsy, Dorothy emerges, like Jo in Little Women, as the tomboy heroine and moral center of the book, and her eventual quest to know the truth about her parentage is tremendously affecting.

Byatt handles her large and complex cast with ease as The Children’s Book conjures up the Edwardian period, presenting its freedoms, strictures, and foibles in astonishing detail. This was a time, Byatt has said, when women were gaining freedoms, work conditions were improving, sex was discussed freely, and children still ran wild in woods and fields, their imaginations steeped in “literature and fairy stories and Peter Pan.” But it was also an era that saw the rise of the smug do-gooder, of bohemians and Marxists and Fabian Society members whose efforts on behalf of the downtrodden were infused with a fundamental cluelessness and self-satisfaction. As one of the more striking examples of the type, The Children’s Book depicts novelist and passionate women’s rights advocate Herbert Methley, who beds and impregnates a host of women while seeking inspiration for his fiction (Mr. Woodhouse and the Wild Girl and other stories about lusty young females).

The book of the title consists of Olive’s own magical stories — private ones written for each of her children — which form an enchanted, occasionally tedious, counterpart to the engaging central narrative. Byatt cautions against reading The Children’s Book as an extension of her scathing takedown of Rowling; the book, she says, was not written in reaction to Harry Potter but explores the idea of fairy tales as “an alternative to ‘realism,’ something necessary to human beings.” Yet Olive, if not exactly the kind of “childish adult” the author has decried, is stunted as a woman and a writer. She has a tendency when difficulties arise to lock herself away and live in her fantastical worlds. And increasingly, pressed for ideas, short on time, and needing to sell fiction to make ends meet, she plunders the notebooks that constitute her secret children’s book. In particular, she gravitates toward Tom’s tale; as her favorite child, he has always served as a kind of muse, and her emotional connection to his character is stronger than to the others. But Tom is a private lad, and a troubled one, and his mother’s blithe use of a story that is so fundamentally personal is for him the ultimate betrayal.

While all of these events are skillfully orchestrated and entirely plausible, the culminating tragedy to which they eventually point feels imposed — almost Calvinist in its predestined tenor — rather than organic. Tom becomes, in effect, a casualty of Byatt’s tyrannical omniscience. We can believe that he might do the terrible thing he does, but we haven’t been granted enough access to his deepest feelings and motivations for his actions to resonate. Olive, meanwhile, is cast into such grief she may never recover — or will this too be a casualty she just brushes off? It is clear that the author doesn’t have much patience for Olive’s anguish. “There would be no more stories, she thought, dramatically, uncertain whether this too was a story, or a full stop.” As World War I flares up toward the end of the novel, the trend continues: those who are virtuous or talented tend to survive, while corrupt and dull characters generally die off.

Yet if Tom’s and Olive’s fates seem like punishments borne of didacticism, Benedict Fludd’s demise rings true. Like Olive, but in a much more grotesque fashion, the potter uses his family to fuel his art. The gloom that permeates his household is palpable, and the listlessness of his wife and daughters — “pallid silk moths,” he calls them, disgustedly — in the face of his rages, haunting. What befalls him is not merely a relief to just about everyone, but an inevitability.

A few years ago, in a passionate defense of George Eliot, Byatt responded to critics who accused the Middlemarch author of “writing from a god’s eye view, as though she were omniscient.” “I came to see that this is nonsense,” she said. “If a novelist tells you something she knows or thinks, and you believe her, that is not because either of you think she is God, but because she is doing her work — as a novelist.” Byatt does her work as novelist wonderfully in much of The Children’s Book, deploying omniscience to fashion a cohesive, evocative narrative strategy; yet at times her formidable intellect works to undermine the complexity of her creations with heavy-handed characterizations and sermonizing — the kind readers might expect to find in the simpler moral confines of Hogwarts.