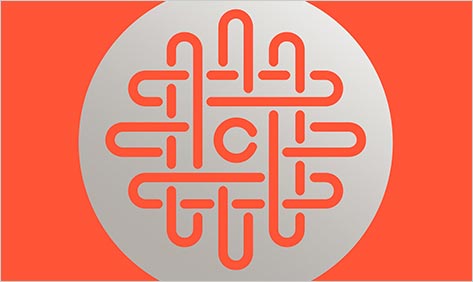 When we first meet Mae Holland, the naïve — or is it gullible? — protagonist of The Circle, Dave Eggers’s new novel, she’s agog at the campus of The Circle, the social networking giant where she’s just landed a job. It’s 400 acres of perfection, all rolling hills and meandering paths, with picnic groves and tennis courts and employee perks like free gourmet meals and daycare for dogs. Even the sky above is a flawless blue.

Mae thinks she’s landed in heaven, but Eggers has plotted a swift trip to hell. With a tour guide’s zeal, he ushers us into the very near future, where a company that resembles the search-engine giant Google has absorbed Facebook and, as digital palate cleansers, gobbled up Twitter, Instagram, and Paypal as well.

Though The Circle’s just four years old, 90 percent of all searches on earth go through it. The company owns 92 percent of all text messaging and controls 88 percent of the world’s free-mail (think Gmail) market. But the killer app that secured The Circle’s fortunes is TruYou, the online identity that is required of everyone who wants to use any of The Circle’s array of indispensable Internet tools. Give just a smidgen of personal information — your real name, which is then tied to your bank accounts, your credit cards, your email accounts, and all of your social media profiles — and “anytime you wanted to see anything, use anything, comment on anything or buy anything, it was one button, one account, everything tied together and trackable…”

To Mae, it all makes sense. She comes to The Circle fresh from an eighteen-month stint as a cubicle drone at her hometown utility company, a job that offended her sense of self-worth. In the near-future of Eggers’s tale, the deprivations of the Great Recession have ossified into a new normal. Jobs are scarce. A health care plan is a holy grail. For Mae, just twenty-four years old and carrying $250,000 of college debt, working within The Circle’s utopia is the ultimate prize, a rescue she is desperate to deserve.

To that end, Mae quickly adapts to the company culture. She gives up all of her private information and, soon enough, all of her private time. It turns out that the Circle’s 10,000 employees are judged not solely by their work but also by how much they participate in The Circle’s internal culture. They’re tracked by cameras, by GPS locators, and by their multiple social media feeds. Mae is pressured to attend the numerous after-hours events held on The Circle’s campus, and unless she posts numerous photos and comments and tweets (here called “zings”), it’s as though she wasn’t there.

Social activism isn’t volunteering with Habitat for Humanity — it’s sending “smiles” (think Facebook “likes”) to posts written about Habitat for Humanity. In one particularly lacerating scene, Mae and fellow Circlers take comfort in having sent thousands of smiles to the cell phone of a woman being held hostage by rebels in South America.

Soon, leaving The Circle’s idyllic campus for even an hour becomes an unbearable ordeal: “There were homeless people, and there were the attendant and assaulting smells, and there were machines that didn’t work, and floors and seats that hadn’t been cleaned, and there was, everywhere, the chaos of an orderless world.”

When one of Mae’s few private pleasures, kayaking on the bay, gets her into trouble with the law, her Circle superiors are upset not with the fact that she lifted someone else’s kayak but that the things she saw and thought and felt during the excursion remained known only to herself. This leads to a series of chillingly logical conversations, after which Mae coins two of The Circle‘s new truths: “Secrets are lies” and “Privacy is theft.” Beyond the critique of a new corporate culture that leans on its users and employees to turn every lived moment into social capital, the overtly Orwellian echoes in those phrases hint at recent revelations about the NSA’s incursion into citizens’ digital lives.

The Circle is billed as a thriller, and Eggers has some secrets and suspense up his sleeve. The three men in Mae’s life — an old boyfriend, a geeky colleague she takes up with, and a mysterious man she becomes obsessed with and who well may be quite dangerous — all star in subplots that are strange and disturbing. But Eggers, a 2012 National Book Award finalist for his novel A Hologram for the King, is too invested in his gleeful send-up of Internet culture to take the time to flesh out either his characters or the story. The broad strokes and broad wit plant The Circle firmly in the world of social satire. But in Eggers’s accomplished hands, that turns out to be a good thing.