The City and the Mountains 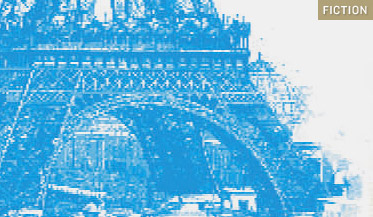 If a literary heaven exists, José Maria de Eça de Queirós (1845–1900) might well be the patron saint of rakes. His bibliography sports a hardy gallery of idlers, seducers, and self-seekers who emerge relatively undiminished after getting rumpled up by adversity. In the pages of his books lurk men who outdistance the furies that collect behind calamities like, to list but a few examples: banishing one’s sired newborn to a house of infanticide (The Crime of Father Amaro); bedding one’s sister — unknowingly then knowingly (The Maias); and trading away one’s sister’s virtue for the sake of political advantage (The Illustrious House of Ramires). Yet while the protagonists in these books seem to have a get-out-of-jail pass that Tolstoy’s Anna Karenina or Zola’s Nana would’ve clung to, Eça de Queirós is nonetheless interested in censuring the failings of society, though without necessarily tying his characters’ misbehaviors to ineluctable damnation.

In 1878, this Portuguese diplomat and man of letters gave voice to the agenda that his literary efforts would advance; writing to Rodrigues de Freitas (a journalist and founding member of Portugal’s Republican Party who, that same year, had positively reviewed Eça de Queirós’s novel Cousin Bas?lio), he observed: “We want to take a photograph, I very nearly said draw a caricature of the old bourgeois world, sentimental, devout, Catholic, exploitative, aristocratic, etc. And — by mocking and ridiculing it and holding it up to the scorn of the modern democratic world — prepare its ruin.” The hesitation on which this statement turns — the choice between the photograph and the caricature — would play out over the course of this great writer’s career, with the needle edging toward the latter in his later novels such as The City and the Mountains, which has recently been translated by Margaret Jull Costa (winner of a 2008 PEN Award for her translation of Eça de Queirós’s monumental novel, The Maias (1888)).

Published in 1901, The City and the Mountains offers a wry take on fin-de-siècle life as it’s experienced by two secular, well-heeled young men in the bustle of Paris and in the quietude of the Portuguese countryside. As is the case with another of Eça de Queirós’s posthumous works, the more formally assertive The Illustrious House of Ramires (1900), character study takes a backseat to stylistic finesse. But whereas in The Illustrious House of Ramires the reader shares in the hero’s sense of discovery — as he tries to write a paean about his aristocratic forefathers but unwittingly produces a work that drops its clichés and adopts a somber mantle as it develops — the same is not true for the other book. The City and the Mountains doesn’t rework one’s expectations; it flatters them — much in the way a host of resplendent bearing might work to keep the conversation at a soirée restricted to topics to which everyone can relate.

The City and the Mountains begins with the hoariest of gags; in Lisbon, a man walks down a street, slips on a fruit peel, and is star-struck. Jacinto is helped to his feet by Dom Miguel, the real-life son of Portugal’s king João VI, who waged a war of succession against his elder brother, Pedro. For his condescension, Dom Miguel secures the other man’s lifelong support; thus, after Dom Miguel loses the civil war to his more liberal-leaning brother in 1834, Jacinto follows his “angel” into exile. He relocates his family to Paris, where his grandson is eventually born.

Named after his grandfather, the grandson is a subject of fascination for the narrator of the story, Zé Fernandes de Noronha e Sande, who befriends him while pursuing his higher education in Paris:

Lacking sufficient heart to feel any very strong passion, and quite content with this liberating incapacity, only ever tasted love’s honey — the honey that love reserves for those who gather it as lightly and quickly as bees buzzing by. He was rich and robust, indifferent to both the State and the Government of Men; and his sole ambition, as far as we knew, was to gain a thorough grasp of General Ideas?

Romping about the Latin Quarter with his fellow students, he demonstrates a youthful weakness for absolutism; smitten with the idea of progress, Jacinto rallies his entourage behind his conviction that “a man can only be superlatively happy when he is superlatively civilized.” By his lights, the realization of this maxim is dependant upon life in a city where the probability for encountering the crème de la crème is likelier than anywhere else. When Zé Fernandes is recalled by his ailing uncle to tend to the family estate in Gui?es, Jacinto bears the news of his friend’s imminent departure to Portugal with a feeling of high-handed grief.

Seven years pass before Zé Fernandes returns to Paris. When he goes to look up his compadre, he notices that Jacinto’s formula for the good life has contorted itself into a debilitating kind of retail therapy. His mansion is overrun with (unread) books and (unreliable) technological gadgetry, the descriptions of which prefigure our own more cluttered age:

From the foot of desk, soft, fat cables snaked over the carpet, scurrying into the shadows like startled cobras. On a bench, and reflected in its varnished surface as if in the water of a well, stood a Writing Machine? Then I was drawn back to the strange, lone, four-sided bookshelf I had noticed before, standing as if in the middle of a plain like a tower with a beacon on top. The whole of one side was packed with Dictionaries, the other with Manuals, the third with Guides? It was a solid tower of information!

Deriving scant satisfaction from these possessions, and even less from his gilded social calendar, he is, in essence, one of those bugbears of iconoclasts far and wide: a rich man befouled by the musk of his soft-scented alienation. Symbolically speaking, he’s so ludicrously impotent that he’s a platonic sugar daddy to a courtesan:

?Paris needs courtesans of great style and luxury, and to set up a cocotte in this ridiculously expensive city of Paris and furnish her with the requisite clothes, diamonds, horses, lackeys, boxes at the theatre, parties, house, publicity and insolence, you have to combine several large fortunes and form a syndicate! There are seven of us in the Club. I pay my part, but only out of a sense of civic duty, in order to bestow upon the city a cocotte on the grand scale. Otherwise, I don’t wallow at all. Poor Diana! I wouldn’t know if, from the shoulders down, her skin was the color of snow or the color of lemons.

Change comes to Jacinto’s life in the form of an act of God. A landslide occurs near the home of his family estate in Portugal, destroying the 16th-century chapel where the remains of his forefathers were housed. Deflated by Parisian life, Jacinto, for the first time, opts to visit the ancestral seat of his family, where a re-interment ceremony will be held. The change in atmosphere proves tonic, and before long, he is rhapsodizing about the virtues of rustic life with the zeal that he once used to affirm his cosmopolitanism.

While there is amusement to be had in watching Eça de Queirós nip into the pretensions of city folk and into the close-minded habits of pastoral society, there is not a lot of undercurrent to this book, a second string work by a major author. The fault rests not in the quality of the prose, but in its headlong pursuit of its quarry. (Here, I am reminded of an apposite charge directed against one of Edmund Burke’s writings by William Hazlitt, “it is too much like a beautiful picture painted upon gauze; it wants something to support it”). The reliance upon the most easily caricatured subjects — whether they are people at a party who talk about books they haven’t read, or the overseer of an estate who believes it’s unbecoming to concern oneself with the poor, or the platitudes people tell themselves to justify their particular mode of life — gives the satire a thinness, and a timorousness that’s not nearly as rousing as the caustic notes sounded in the novelist’s other books, such as the still potentially blush-inducing The Crime of Father Amaro (final version 1880). Why this is so is made comprehensible by the translator’s afterword. The author, Costa observes, “wrote this novel in 1895, when he was living and working in Paris… Eça had long wanted the post of consul in Paris, but once there, took little part in Parisian society and wrote to a friend: has grown very coarse as regards manners and ideas, and it’s completely black!”

To give color to the monochromatic impression, is that not an expression of empathy? If it is, consider how daredevil the novelist-as-acrobat must be who flings it away.

Previous Previous Post: The Liberal Hour: The 1960s and the Remaking of American Life
Next Post: Shakespeare and Modern Culture Next