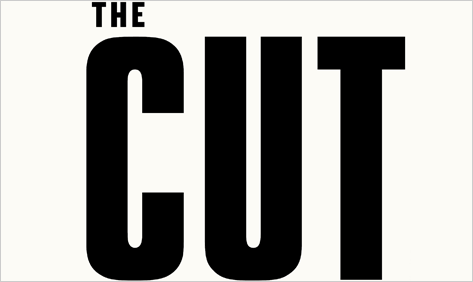 Washington, D.C., is a politically volatile place, but there are a few things about the city you can count on. Cherry blossoms will bloom in the spring. The Washington Nationals will be out of contention in the fall. And local crime writer George Pelecanos will take a moment in one of his novels to chastise the hometown paper for its coverage of murders in the District. “The Post continued to routinely bury the violent deaths of D.C.’s young black citizens inside the paper, telling its readership implicitly that black life was worth less than whites,” he writes in his tight and propulsive new novel, The Cut, reiterating a complaint he’s made with slight variations across his two-decade career.

But Pelecanos also knows the city has changed since his 1992 debut, A Firing Offense. The PIs in his earlier books, like Nick Stefanos and Derek Strange, navigated a District that was emerging from the crack years and nursed long memories about the riots of 1968.  Now he notes that homicides are at a 45-year low in the District, and in the city’s bustling U Street corridor he sees “all sorts of faces and types, the D.C. most folks had wanted for a long time.” So, time for a fresh start: In The Cut, Pelecanos introduces a new hero, Spero Lucas, who’s engineered to embody an evolving city and the new concerns that come with it. A twentysomething investigator for a criminal defense attorney, Spero is an ex-Marine with a no-nonsense attitude about practically everything: family, race, books (he’s big on Donald Westlake novels), and especially getting the job done. The first thing we learn about him is that he’s wearing Carhartt — built-to-last workingman clothes.

The plot of The Cut involves a side job Spero takes to investigate the theft of a package of marijuana belonging to Anwan, a convicted drug dealer. As in Pelecanos’s best work, Spero’s travels are as much about D.C.’s ecosystem of class and race as they are about gunplay and justice. Anwan’s two lieutenants are young black men in over their head, facing a poverty of options and vulnerable to the appeal of quick money. A white, middle-aged copyright lawyer who assists Spero is oblivious to the dealing around her. Corrupt cops abound. And caught in the middle is Ernest, an at-risk high school student who dreams of being a filmmaker if he can escape the drama swallowing up Spero.

As those archetypes suggest, Pelecanos’s novels have firm moral underpinnings, and he’s not always subtle about it. (Ernest?) There are codes of honest labor and proper action he believes in, and The Cut isn’t the first time he’s voiced his disdain for absent dads, dropouts, and hipster disengagement. “I’m not gonna sit around and have drinks with people who are, you know, ironic,” Spero tells a date. What absolves The Cut from didacticism is Spero himself, who for all his nose-to-the-grindstone verities is no moralist — he’s colluding with a drug dealer, after all. “I need the work. I like the money, I like the action. This is what I do,” as he puts it. That statement, in all its sawed-off simplicity, reveals how he’s blinkered to his own failings: an inability to commit to a relationship, to deal with the death of his father, to recognize how his behavior affects others.

Since 2008’s The Turnaround, Pelecanos has been streamlining his sentences, making them as simple as possible without losing their ability to carry moral freight. The Cut is the most effective result of that effort — the story moves fast, but never with the sense that it’s being sped through, or that Pelecanos hasn’t considered his words carefully. Spero’s adopted brother, a high school teacher, quotes from Westlake and Elmore Leonard, lest you wonder who the book’s influences are. But Pelecanos’s own prose is cleaner still. As Spero preps for his final confrontation, his sentences turn into a kind of two-fisted haiku: “The room had darkened by degree. The day was bleeding off.”

Pelecanos seems committed to Spero for a while, and at times in the The Cut you can see furniture being arranged for future novels: Spero has two other siblings we’ve yet to meet, and an ex-fling seems poised to return. But Spero’s status as an ex-Marine who’s toured Iraq is the most promising aspect of his character. In breaks from the action, when Spero confides with fellow soldiers, the reader gets a chance to spy on a life that veterans can’t make wholly public. Pelecanos has long been determined to spotlight the District’s unsung citizens. In the ever-growing number of warriors returning from Iraq and Afghanistan, he’s found a neglected community that can sustain him as a novelist for years to come.