The Discreet and Dangerous Charms of David Carkeet 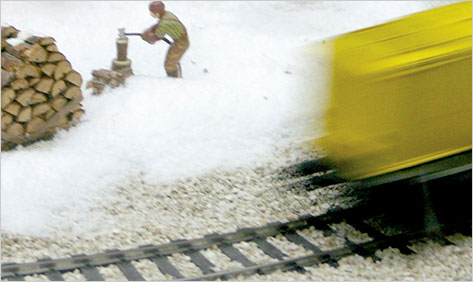 One thing should be clear from the outset: David Carkeet is not a crime novelist, not in the way we think of the term now. He doesn’t set out with a sense of righteous fury to chronicle society’s ills, nor does he wish to document murder in all of its transfixing brutality. Instead his touch is lighter, more whimsical, featuring protagonists who, instead of being tortured, are mildly affronted at best. When they find themselves in the crosshairs of the law, they don’t mount an outraged crusade, but conduct a parallel investigation of the real culprit of murder that  carries a veneer of the absurd, as if they know how ridiculous it is to play amateur sleuth. And while a crime novel’s devil should always be in the details, Carkeet’s characters are more often bedevilled by linguistic anomalies, the taste of homemade pie, and the baffling habits of the women they want to woo.

Put another way, crime fiction protagonists find murder, while murder finds Carkeet’s reluctant sleuths. They aren’t looking for trouble, or at least not according to their own occasionally convoluted logic. They want to be liked, but sometimes have a hard time expressing that to others, who misconstrue their habitual complaining as a manifestation of darker emotions. The net result for readers is a sense of being swayed off the expected narrative course into more intriguing, messier byways of human behavior, whose larger mysteries will always dwarf that of who killed whom.

Take Jeremy Cook, first introduced in Carkeet’s first novel Double Negative (1980), nominated for an Edgar Award and newly reissued by Overlook Press. His entire existence is pockmarked with oddball situations and observations — after all, his day job as “resident genius” of the Wabash Institute has him considering the curious linguistic incidents of toddlers in the day care center next door. Southern Indiana real estate, evidently, makes for strange bedfellows, never clearer in the makeup of Cook’s equally research-minded colleagues, from the uptight piece of human clockwork Walter Wach (about whom Cook comments: “He’s not important…he just runs the place.”) to the bearded, barrel-chested Emory Milke (whom Cook considers his rival in matters of the opposite sex) to harried family man Ed Woeps, whose young son Wally proves to be the bearer of a key clue in the form of a piercing, seemingly inexplicable “m-bwee” sound.

One of this delightedfully-named crew will be murdered, his body inconveniently stashed in Jeremy’s office, and yet the group will openly theorize about which of them best fits the likely-culprit profile over coffee at a morning meeting or alcohol at that night’s party. The investigating officer, Lieutenant Leaf, will suspect everyone and yet give Jeremy a wide berth to go about his business, relaying important details even as other points remain hidden with some Machiavellian flourish. And Jeremy will spend as much time, if not more, trying to discern which of his colleagues secretly thinks he’s an asshole and if the new and comely research assistant will transfer her affections from Milke to himself.

But the lackadaisical attention to what in another writer’s hands would be the center of the plot is part of Double Negative‘s charm. Unlike Cook, who wants to be liked and to like people but doesn’t really know how, or Arthur Stiph, so concerned with his theory that the greatest of friends should really be barely suppressed enemies or “backfriends” that he charts it in extensive detail, Carkeet has his idiosyncratic vision and sticks with it regardless of whether the reader is on board, because by book’s end, he or she will be. Why else would he bring Cook back in two subsequent books: The Full Catastrophe (1990) and The Error of Our Ways (1997), whose core mysteries have nothing whatsoever to do with murder? (Both these books will be reissued later this year.)

A good litmus test is this description of Cook’s semi-daily Grunt Meals, a “single dish, casserole-style, with ground beef as the central ingredient” that, yes, is buttressed by theory: “Cook’s philosophy toward eating was starkly realistic. Hunger was a pain that interfered with important things like doing linguistics. Food ended that pain. Food allowed you to get on with it…For Cook’s purposes, the outstanding virtue of a Grunt Meal was not that it made him grunt…but rather that it ensured that he would not want to eat right away again. If ever.”

Such ruminations figure prominently in Carkeet’s first novel in over a decade, From Away, and his first proper mystery since Double Negative. Like Jeremy Cook, Denny Braintree is a little too sure of himself, even as volatile situations would dictate a more cautious, less reckless approach. Unlike Jeremy, Denny’s more of a go-with-the-flow kind of guy, whether it pertains to his corpulent appearance, his relationship with women, or assuming someone else’s identity.

Not that it’s Denny’s fault; it’s that a one-night stand in a small Vermont town goes awry (“his sexual outcomes often pivoted on…small variables”) and in short order, the woman turns up dead, with Denny’s name ensuingly broadcast as “a person of interest.” But Denny has also been mistaken for one of the town’s most beloved figures, Homer Dumpling, long thought to have hightailed it down south three years prior for reasons that remain murky. This, Martin Guerre-like twist suits Denny just fine: he’ll just move into Homer’s house, connect (or is it reconnect?) with Homer’s girlfriend Sarah, and fend off friendly neighbours and police officers who are suspicious of the name Braintree but are blind to the obvious. Surely not all three hundred-plus pound men look or sound alike, and the differences so easily explained away?

Even Denny is suspicious at how easy this accidental con is, with his flippant answer to Sarah’s genuine bafflement over whether he is, in fact, the real Homer: “I’m your human tool. I’m the physical plant. The maintenance department. And the financing. Or at least I have been. Not anymore though…there’s a new sheriff in town.”

But look, another clue comes bubbling to the surface via the book’s title. A long absence allows glaring inconsistencies to get smoothed over. A visitor takes on another man’s guise, and in the process, learns more about his true nature than he ever could under his real name. With so much ink spilled about real versus imagined, “reality” versus scripted work and plagiarism ceding the way for something both more ambiguous and dangerous, no wonder Carkeet dives so eagerly into the wide terrain of what Denny refers as “altruistic impersonation.”

When it’s no longer an option to be yourself, why not slip into somebody else’s welcoming costume, especially when those who ought to know the truth either look the other way or tacitly approve? In examining these behavioral quirks, David Carkeet digs deep into unsettling territory that even the most hard-boiled of crime novels wouldn’t dare touch. Affability, it turns out, is the most dangerous trait of all.