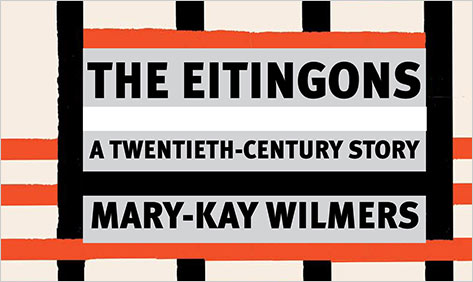 On January 24, 1988, the New York Times Book Review ran an essay, “Intellectuals and Assassins: Annals of Stalin’s Killerati” by journalist and author Stephen Schwartz. The article opened with a flourish: “In the latter half of the 1930’s a gang of killers appeared in Western Europe whose accumulated crimes—considering their impact on history—are probably unequaled in the annals of murder.” The malefactors to whom Schwartz referred were agents of the NKVD (the forerunner of the KGB) tasked with eliminating political enemies abroad.

Although Schwartz’s piece was published just as the Cold War was winding down, it sparked a testy debate that spilled over into the pages of the New York Review of Books. Of concern was Schwartz’s dubious claim that Max Eitingon, a close colleague of Sigmund Freud, was “the brother” of Leonid Eitingon, a high-level intelligence operative who orchestrated Trotsky’s assassination in Mexico. Moreover, Schwartz claimed that Max was involved in the abduction of the White Russian general Evgeny Karlovich Miller from the streets of Paris in 1937, and was “instrumental” in facilitating that same year the “secret trial in which the highest leaders of the Soviet Army, including the chief army commissar and eight generals, fell before the Stalinist execution machine.”

That Mary-Kay Wilmers should have found in the pages of book reviews the impetus to dive into her maternal family’s origins seems of a piece with her position as editor of the London Review of Books. That she has produced a deeply-researched family chronicle, which bears only a trace resemblance to the memoirs that dominate the book industry, seems almost like an act of gauntlet-tossing boldness until one realizes that the meticulous approach she applies to her project, which she worked at for many years, has something to do with her intuition that her family was slandered. “Neither Communist nor anti-Communist, captivated by the left but never quite of the left, I’d like to say that I’ve set out to find the truth (but I’m not sure there will be a truth) or to avenge my family’s honor (in whose eyes?) or to shine the light of freedom into the dark spaces of the twentieth century.”

By and large, The Eitingons tells the story of three men: Max (1881-1943), Motty (1885-1956), and Leonid Eitingon (1899-1981). The first two men were cousins, Motty being the author’s great-uncle. As for Leonid, the records Wilmers studied were too spotty in their recording of name, birth, and death to draw a direct line of descent. Though Leonid was not Max’s brother, it appears certain that he was a distant relative, given that in the region of Mogilev, where they were born, the “Jewish inhabitants lived in close proximity to each other.”

Max’s father, Chaim, was a prosperous fur trader whose wealth buttressed numerous members of the Eitingon clan. Motty, Chaim’s nephew, and eventual son-in-law, took over the Eitingon business after leaving Moscow to escape the punitive arm of the recently victorious Bolsheviks, who were taken with the idea of holding him for a larger ransom than that obtained when they detained him for several weeks beginning in June, 1918. Making his way eventually to New York, Motty transformed the family business into, what was for a time, the premier importer of Russian furs. In doing so, he attracted the attention of the FBI, who kept a file on him, on and off, up through the early 50s. Nothing substantial ever materialized.

While it seems preposterous to imagine that Max Eitingon had anything to do with a “secret trial,” he and his wife were personally affiliated with the two prime suspects in the kidnapping of General Miller: Nadezhda Plevitskaya, a singer, and her husband, General Nikolai Skoblin, an NKVD double agent, whom Miller fingered in a detail that could be lifted from a spy thriller: the general left a note naming Skoblin in a sealed envelope that was to be opened in the event that he didn’t return from his appointment. Muddying the waters further is the fact that Skoblin and his wife saw the Eitingons off from the Gare de Lyon train station during the wee morning hours, two days before the kidnapping. Although no evidence has been unearthed to prove that Max worked in intelligence, his extensive traveling, frequent absences from work, and a letter to Freud in which he proclaimed that no evidence had been found to inculpate Skoblin and his wife—when, indeed, such evidence had been found—leaves Wilmers to admit that the enigma of his character is not easily unlocked.

The most compelling figure in Wilmers’s story by some distance is Leonid.  Though one reads about Motty’s financial machinations and Max’s role as a moneybags of sorts to Freud with the respectful, but sometimes labored, interest of one who has been left chatting with an unusually well-informed archivist for too long, Leonid is the dark star who seems ripe for the silver screen.  A proverbial man of action, he was the type who, according to Luis Mercader, the brother of Ramón Mercader (who was recruited by Leonid and actually stabbed Trotsky with the infamous ice pick), would hop into a tank, by himself, to clear a path for embattled Republican troops during the Spanish Civil War. Wilmers is careful not swoon over such heroics, since Leonid also did not flinch before performing infinitely less noble feats. It is said, for example, that his mother disowned him for a time after he participated, as a young man, in the roundup and execution of a number of well-to-do Jews who were tarred as counter-revolutionaries.

When Wilmers calls attention to herself in the course of her tale, she is usually self-deprecating. When she traveled to Moscow to look up Leonid’s relatives she acknowledges that having spent the better part of a lifetime living under the threat of the Cold War, she was liable to act a bit flighty. “I… made things far more difficult for myself by ringing them from call boxes—one of the surprising facts of late Soviet Russia (as of late capitalist America) is that the phone boxes always worked—and not giving them a number where they could ring me. A well-heeled woman in her fifties, I was masquerading as Nancy Drew.”

While such remarks can be endearing, there are a couple of instances where one sort of wishes she’d shunned the unflattering light in which she dresses up her disclosures. Speaking with a cousin of her mother’s, for instance, she hears about a street in Leipzig with an interesting history: “The street, too, the cousin said, was now once again known as Eitingonstrasse—re-re-named from Nazi times when it had been called Adolf-Hitler-Strasse. I had been pleased at the idea of Eitingonstrasse becoming Adolf-Hitler-Strasse: it would, I thought, give some oomph to my story…”

Overall, one can say that she need not have fretted.