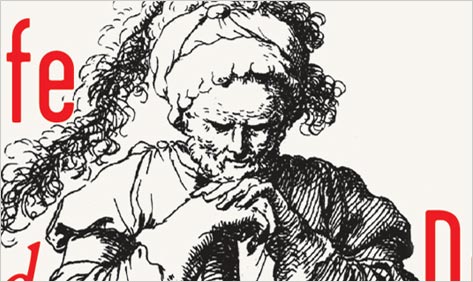 Frantz Schmidt was a master executioner. He had a notarized certificate to prove it. He apprenticed under a master; he paid his journeyman’s dues. He mostly worked in the imperial city of Nuremberg during his forty-five years of service, 1573-1618. He executed 394 people: men, women, and some boys and girls. Schmidt, always poised, delivered a good death, whether he beat you to kingdom come with a wagon wheel or applied the pitch and touched the flame, slipped the noose or cut off your head.

A “good death” was meant to shock and awe the locals, to keep them ruly in the absence of any effective central authority during some seriously unruly times. Executions were carefully orchestrated, ritualized brutality that sated the drive for retribution, with clear rules and conduct. The fathers of Nuremberg, a city then at the zenith of its power and wealth, hired Frantz Schmidt: reliable, honest, pious, reflective, loyal, sober Frantz, a rare bird in the world of executioners. Literate, too, and Joel Harrington’s The Faithful Executioner has drawn on Schmidt’s personal journal to shape an involved and evolved portrait of this terrible, ancient, and utterly familiar instrument of state violence, one who here inspires gawps of horror and aches of pity.

Schmidt’s journal — Harrington uncovered a first edition, which is a very different creature than subsequent editions and translations — is a portal through which Harrington adeptly allows Schmidt to “step slowly from the shadows,” seeking the honor and status that was denied executioners, along with his personal campaign to restore respectability to his family. Schmidt’s identity becomes more pronounced: “well-defined notions of cruelty, justice, honor, and personal responsibility emerged and, over the course of the journal, converged to provide the outline of a coherent worldview.” Harrington quotes liberally and skillfully (though not seemingly manipulatively) from the journal throughout the story, so that we may witness Schmidt’s growth, a process that reveals “ever more of their author’s innate curiosity — particularly on medical matters — as well as his moral cosmos.”

Moral cosmos in a minute, but as for medical matters, Schmidt was a professional torturer and punisher as well as executioner. He had to know how far he could go in securing a confession — the best place to turn the screw, how much stretch the shoulder would take in the strappado, the correct tilt of the waterboard (yes, that’s right) — and if the sentence handed down was to sever the tongue, the severer better be handy with medical tools if it was not to become an act of capital punishment. The executioner’s medical knowledge was widely sought, and Schmidt was well considered to have extensive familiarity with herbs and salves (from attending his torture victims) and of setting broken bones (so that the execution might go on). He considered healing to be his calling — for a sensitive soul, it must have been a consolation to his other profession — and he made more money as a healer than an executioner; his patients numbered in the thousands.

Schmidt’s mixing with ladies and nobility was decidedly unusual. Long by custom, executioners were outcasts; they didn’t consort with anyone but bottom dwellers and themselves, though you have to hand it to the executioners: they had their own lingo, conferences, and social gatherings. They had corporate identity and trade secrets. Still…

Harrington feels, with justification, that the greatest purpose in Schmidt’s life was to restore his family honor, which had been rudely stripped from his father. Honor, based on reputation, was the time’s most valuable commodity, and “one’s reputation was inextricably bound up in one’s identity, and much of that identity was inherited. “Schmidt’s father, Heinrich, was also an executioner, if not by choice. Heinrich was a woodsman, but he was also in the wrong place at the wrong time: his town’s resident margrave, a reviled man, had decided to execute three men over a supposed plot and, not having a professional executioner in pay, invoked his right to command a bystander to do the deed. Heinrich.

In the eyes of Heinrich’s neighbors, once a hangman, always a hangman, a profession stocked by “cold-blooded killers for hire and accordingly excluded from respectable society at every turn.” As boys often followed their father’s profession, an obvious course of apprenticeship, there went Frantz. He struggled against circumstance to find his way to honor and its glory for most of his life. He found no shame in meting out punishment to those who trampled the order of things, who broke the social trust through malice and deceit, who showed gratuitous cruelty, as that was the type of behavior that had betrayed his father. Sin and crime were products of character. Schmidt would be reverent, brave, and true, and expected as much from those around him.

This is a precious story that Harrington has drawn from the journal and archival records, a braiding of Schmidt’s words with a re-creation of Schmidt’s world, a story that is at once inclusive and atmospheric, deeply intimate and rare. There are the venders selling fermented cabbage lining the processional walk to the gallows, there are highwaymen and pillagers, floods and crop failures, feuding nobles and mercenaries, arsonists and extortionists, mysterious forces and epidemics, a teeming ferocity that made for a difficult, anxious world. And there is Schmidt, the sword of authority, craving his good name and his measure of social stature, enduring as the plague took many of his family, waggling his sword like a golfer as he set up for a beheading, refusing to buy into the witch scare, admiring order and the proprieties of life, for which criminals of every stripe showed no respect and for which they would answer to Schmidt, and all the while the redemptive ritual of execution and the restorative accomplishment of healing. It is a wonder-making world, made manifest by an artful historian’s hand.

Schmidt still had a decade of his life before him when he won his family’s restitution of honor from Emperor Ferdinand, adding persistence to his catalog of qualities. Then he watched as his grandchildren died, and most of his children, too, before he died in 1634. His remaining children died childless, but not one became an executioner.