The Girl Who Fell From the Sky 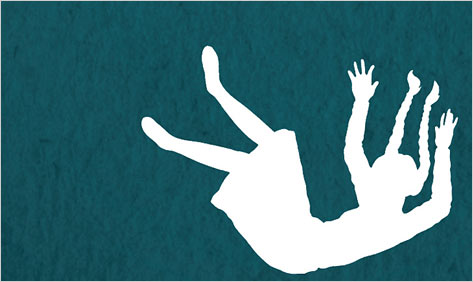 Rachel Morse is 11 years old when her Danish mother leads her and her two siblings to the edge of a Chicago rooftop one hot summer morning. Days later, Rachel wakes from a medically-induced coma to learn that all four of them fell from the roof, and she alone survived. Her father, a black G.I., doesn’t claim her and so Rachel is sent to live in Portland with her paternal grandmother. It’s there that, despite the blue eyes and golden skin that show she is bi-racial, she learns the world sees her as black. But she’s also white and Danish and, in an added layer of identity, the sole survivor of an unspeakable tragedy.

That’s a lot to navigate but Heidi W. Durrow, using a real-life event as the starting point for her artful and affecting debut novel, The Girl Who Fell From the Sky, deftly handles issues of grief and loss and race and identity. She tells the story of Rachel’s family from multiple points of view — there’s Rachel as she faces her new life; Brick, a childhood neighbor who witnessed the tragedy; Rachel’s father, in brief and anguished glimpses; and Rachel’s mother, writing a diary in her broken English, a series of heartbreaking entries.

Durrow sends the story back and forth in time, now digging for answers to what brought the family to that rooftop, now following Rachel as she grows into a teenager and deals with her intelligence and athleticism, her “light-skinned-ed” beauty. With so much drama and melodrama setting the story in motion, The Girl Who Fell From the Sky bears a heavy burden. Durrow, it turns out, has both the smarts and writing chops to bring it to a graceful and thought-provoking landing.