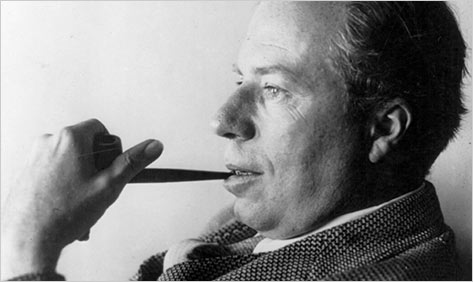 There may be no trait more difficult to realize in all of the writerly arts than that of charm. The scarcity of that quality — that ability to make a reader stop and wistfully declare, “Ah, yes, there is the stuff,” with a soft smile hanging in the balance — is such that, when we are in its presence, we can’t help but wonder how the author at hand brought it off so capably, so subtly, for charm, in literature, has a knack for appearing sans expectation or forewarning, a gift of its precise moment of arrival.

Christopher Morley’s The Haunted Bookshop doubles as a charm manual, and in that field Morley even has masters like F. Scott Fitzgerald — when he was in his early-career short-story mode — and Booth Tarkington beat. The haunting in question has more to do with the lingering spirits of the works of great authors than anything out of M. R. James or E. F. Benson. This 1919 volume, now handsomely reissued, is also a sequel to Morley’s Parnassus on Wheels, the story of bookseller Roger Mifflin and his roving cart of books. Here, we find Mifflin decidedly more stationary, holed up in his Brooklyn bookshop, a temple to literary gewgaws. The bibliophile in-jokes fly fast and furious on just about every page; a key plot point is the disappearance of Carlyle’s Letters and Speeches of Oliver Cromwell, with plenty of accompanying japes about the Victorian sage’s long-windedness. Hardy pops up, and Dickens, with nods to Frederick Marryat (hard-core readers will find themselves pulling an “I know that one!” a dozen or so times) and even Parnassus on Wheels. Intertextuality wasn’t always for graduate seminars.

The focus shifts from Mifflin, his devoted, plainspoken wife, Helen, and their dog, Bock, and onto a love story of sorts, between adman Aubrey Gilbert, who comes ’round to hawk his PR wares, and Titiana Chapman, a rich socialite whose father, a member of Mifflin’s book club, has commanded her to slum it in the book business for some practical life knowledge.

Suffice to say, she gets none. This being the era of the Great War and incendiary political intrigue, there’s a gang with a plan to assassinate Woodrow Wilson, which our goodhearted book bunch ends up overturning, the two would-be lovers pairing up in the process. A bomb is detonated in the bookshop, but Mifflin finds a way to look at the bright side, as long-forgotten books are freed from their ancient holds, ready to be read anew.

Dexterous turns of phrase mark almost every paragraph, along with epigrammatic bookselling advice that frequently suggests a broader application. “Never argue with customers,” Mifflin cautions. “Just give them the book they ought to have even if they don’t know they want it.” Amen. The romance storyline is something of a send-up of the plots that were recycled by the booming silent film industry of the day — but if we’re being teased here, it’s gentle teasing all the same, the kind of soft remonstrance that comes when we look back on younger days when a transitory first love seemed to double as inevitable and final love. Of course, the love of books is a love unto itself. Its charm is the nonperishable nature of that devotion, one fully on display in this bibliographic valentine.