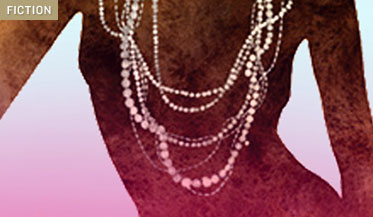 Apartheid artificially pressurized everyday relationships — professional, financial, social — and The Impostor, like much of contemporary South African fiction, reports on the effects as that pressure is released. Its author, Damon Galgut, employs the genre cynicism of noir as a dark lens through which to examine what has actually changed in the ?new? South Africa, a place where even the most mundane acts — clearing the weeds from a dead garden, having a drink outdoors at dusk — acquire an illicit tint. The end of apartheid came without the violent revolution augured in Nadine Gordimer?s July?s People, and instead with negotiations and bureaucratic overhaul, and with Nobel Peace Prizes all around. Galgut?s effortlessly absorbing new book makes the case that plenty of darkness still dwells in the human heart, and that even when evil is apparently washed away, it leaves behind a heavy residue of corruption, resentment, and dangerous opportunity.

Adam Napier is one of the casualties of the new order: a white man let go from his job to make way for a black man, satisfying the revised racial quotas. Left unsaid, of course, is that in the previous regime the entire country lived under the most brutal kind of racial quota — all for one, none for the other. Adam knows that he isn?t supposed to take it personally and that the disintegration of his life is part and parcel of larger political forces, but, as he asks himself, ?How could it not be personal?? After losing his job, Adam takes advantage of a dormant property in South Africa?s countryside, owned by his brother, to make a change in his life. He published a volume of poetry when he was young (a sly autobiographical nod to Galgut?s precocious debut at the age of 17) and now decides, having been washed up by the shifting political waters, to have another go at it. Soon after arriving he runs into an old prep school classmate, Canning, who retains an effusive fondness for him, despite the fact that Adam doesn?t remember this other man at all. He sinks this secret out of sight, like a package in a lake, and plays along with Canning?s reminiscences about their shared boyhood. The man?s obvious neediness and the emotional coloring of his overtures irritate Adam even as they ingratiate Canning to him. And it does no harm that Canning?s wife, Baby, a beautiful and strong-willed black woman, soon takes Adam to bed.

The Impostor has much in common with Galgut?s previous effort, The Good Doctor, including the improbable attraction of a beautiful — and black-skinned — stranger for an otherwise unremarkable white man. Both books concern male friendship in a rural setting, contain a phlegmatic and self-centered protagonist, and inhabit the parched promises of a reborn South Africa. The earlier novel received a great deal of praise upon its publication, in 2003, and was ultimately shortlisted for the Booker Prize. Yet The Impostor is an even stronger work. Galgut has renewed his central novelistic interests, and the plotting here is even more sure-handed, its political and moral themes fitted squarely to a chassis of genre parts.

Canning, who serves as the foil in The Impostor, is also a more compelling figure than Laurence Waters, his counterpart in The Good Doctor. He has a hustler?s volubility and shadowy energy, coming on at times like a Gatsby of the veldt, and it is no surprise when he turns out to have big money and big plans. At the core of his mysterious work is the redevelopment of his late father?s game preserve. As Adam flits in and out of Canning?s world, he bumps into a host of local players and even becomes involved briefly, when he unwittingly delivers a bribe to the town?s mayor. He is an outsider even as he shoulders a weight of guilt for what he believes to be his role in the story?s gathering darkness. He?s a man mismatched with his environment.

Galgut?s prose, however, is wonderfully matched to his subject: tough and nervy and hard-edged. His descriptions, especially of the natural world, often startle with a grim beauty, as when a sunset oozes through the sky in ?a spectacular arterial sewage of color.? The book?s first half runs up a moody, volatile atmosphere, including a merrily gothic scene in which Adam, making a tour in the gloaming of Canning?s game preserve, discovers its one remaining lion, circling like a shark in the dry basin of a drained swimming pool. He watches as workers throw in a bloody animal carcass. The image quite vividly suggests the hidden carnivorousness of the world Adam has only begun to explore, but one is tempted to paraphrase Chekhov: if you introduce a bored, hungry lion in the second act, it really ought to be swallowing a human body, preferably a still-living one, by the third.

By restricting the scope of the action, as he did in The Good Doctor, Galgut achieves a more incisive and engaging portrait of his country?s moral renovation than a fatter — a ?panoramic? — novel might have done. He wastes hardly a breath as he peels back the optimism to show that apartheid?s end was, like anything else, a business opportunity. Each of the characters wears a rather heavy symbolic clothing, but the symbolism snaps into place with a brisk, satisfying logic, and early moments echo like falling boulders within the late scenes. The finale delivers a shock, although it does not quite pay off as it might in the work of Graham Greene — another writer for whom the intersection of the personal and the political was a source of endless fascination, and one to whom Galgut has been justly compared.

The eponymous impostor of Galgut?s novel could be any of its characters, but the grandest impostor is the country as a whole, the ?new? South Africa: it is a nation, Galgut seems to say, that has lied to itself about just how much has truly changed. Canning is proud of his marriage to Baby, an arrangement that would have been illegal under the old race laws; they are a ?new South African couple,? he brags. But to be with her — a desirable younger woman — he pulled a stunt as old as time, or at least as old as man: he left his first wife and their child. In taking an X-ray of contemporary South Africa, The Impostor locates the ailments that plague all democracies: the adaptability of the ruling class, the resilience of corruption, the germ of selfishness. Much may be different in this new nation, including the outback town to which Adam moves, with its black mayor and its rechristening under an African name; but the mayor takes bribes from white developers. And the new name only means that, as Adam?s brother puts it, ?They?ve got to reprint all the maps.?