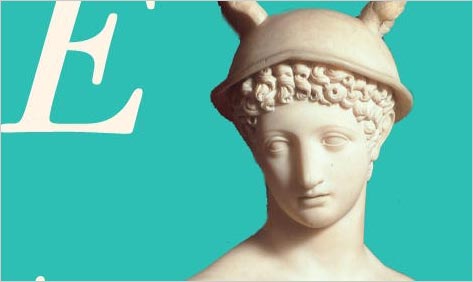 Of the superior novelists with their eyes on the horizons of the English language, surely John Banville possesses one of the most mischievous professional dispositions. He’s fond, for example, of baiting journalists. Upon winning the Man Booker Prize for his 2005 novel, The Sea, he remarked, “It is nice to see a work of art win the Booker Prize.” When Emma Brockes, a reporter for The Guardian, pressed him to clarify his statement he said, “There are plenty of other rewards for middle-brow fiction. There should be one decent prize for… real books.”

His opinion, however, of his own books is suspiciously dismissive. In interviews with The Believer and The Washington Post, Banville has spoken of a clinging fantasy to enter a bookshop and, with an incantatory gesture, efface the print from inside of his books so he might revisit and better them. When Belinda McKeon raised this subject in a Paris Review interview he avowed, “Yes I hate them. I mean that. Nobody believes me, but it’s true… They’re better than everybody else’s, of course, but not good enough for me.”

Odds are that anyone acquainted with, and not averse towards, Banville’s creations will be nonplussed by that remark. For it strikes a familiar note, suggesting a novelist trying on the voice of one of his own characters. In fact, the substance of the quotation is recast in a passage in The Infinities.  A little more than midway through Banville’s new book, Adam Godley — the comatose patriarch around whom the story sashays — boasts that his triumphs in physics have outdistanced those of his contemporaries. To which he adds, “The world is always ready to be amazed, but the self, that lynx-eyed monitor, sees all the subterfuges, all the cut corners, and is not deceived.”

Banville’s fiction teems with learned dissemblers — men whose defining stripes are ambition, hubris, and a tendency to self-criticism.  The recalcitrant scholar, the double agent, and the murderer with a copious knowledge of art history are the sorts of characters one is liable to find in his works, which are justly revered for their aesthetic density.  The arch manipulators of The Infinities, however, are not men but gods, on holiday from Mount Olympus.

Inspired by the legend of Amphitryon — the Theban general cuckolded by Zeus — the plot of The Infinities is framed around Hermes’s ploys to help the King of the Gods in his conquest of Adam Godley’s daughter-in-law, Helen. The novel marks Banville’s second adaptation of the myth. His first, God’s Gift—is a rollicking, two act play set in 1798, based on Heinrich von Kleist’s Amphitryon. As with his theatrical version — which, the author teases, Helen has a part in — the incidents in the novel unfold over a summer day in the Irish countryside. But unlike the play, which is really no more than a sex comedy — and none the worse for it — the book, which is set in the modern era, hobbles between ho-hum comedy and decorative tragedy. Considering that the story touches upon the limitations of the gods — who are envious of mortals — it is ironic that Banville’s classical apparatus constrains his bulging talent.

The book’s opening is promising, and piercingly luminous: “Of the things we fashioned for them that they might be comforted, dawn is the one that works. When darkness sifts from the air like fine soft soot and light spreads slowly out of the east then all but the most wretched of humankind rally.” The speaker of these lines is Hermes. He has contrived it so that Godley’s son, who is also named Adam, passes a sleepless night. Restless, Adam absents his boyhood room, while Helen, his wife, sleeps on. Later in the book, Hermes recounts the pains involved in effecting the plan:

Then — and wait till you hear this — then I was commanded to hold back the dawn for fully an hour, to give the old boy extra time in which to work his wiles on the unsuspecting girl. Imagine what effort that little feat of prestidigitation involved: the stars stopped in their courses, the rolling world restrained, all the chanticleers chocked. And then the readjustments afterwards! You try telling that hotspur Phaeton why he was reined in, or rosy-fingered Aurora why I had to shove her in her face.

This passage is representative of the book’s attempts to inject levity by bringing Hermes and his fellow deities down to earth. But the downward journey from the poetic summit of the opening sentences is one of diminishing returns. It is not merely that the jokes  are often unfunny: “On a squat table in the middle of the room there is set an enormous chipped marble head of Zeus — why, hello, Dad!…” but the sober reflections in between them lapse frequently into banalities like “this is what we never cease to marvel at, the mountains they make out of the molehills of their passions…” and “for this that is happening, or not happening between these two is what they call life.”  If Banville had kept Hermes on the periphery like Zeus, The Infinities might have alighted on a loftier plateau.

A countervailing set of literary gestures, meanwhile, make it clear that Banville is aiming at more than divine comedy.  While Zeus seduces Helen in the guise of her husband,  Adam runs into his mentally unbalanced nineteen-year-old sister, Petra, who has deserted her bedroom as well. “[Adam] caught a whiff of her, a musty, grayish smell, like the smell in the bedroom of an invalid. She does not bathe enough. Her mother says she despairs of her. As if they had not all done that, long ago, except for Pa, of course, who claims she is his inspiration, his muse made flesh, the invariable quantity in all his equations.” Banville may have had Lucia Joyce, the schizophrenic daughter of James Joyce, in mind when he wrote those lines. Talking about his daughter, Joyce once said, “Whatever spark of gift I possess has been transmitted to Lucia and has kindled a fire in her brain.”  Moreover, there is something reminiscent of Lucia Joyce’s fruitless crush on Samuel Beckett in Petra’s pining for Roddy Wagstaff, an admirer of her father, whose lunchtime visit she is anticipating. (Like Beckett, Wagstaff is a connoisseur of silence.) And there are still further allusions to modernist icons in The Infinities: Petra and Adam are the offspring of Godley’s second marriage; his first wife committed suicide by placing stones in her pockets then drowning herself — the method used by Virginia Woolf.  Banville’s invocation of such high-modernist touchstones is both a blessing and a hindrance. In books such as The Untouchable and Shroud (which are based on the lives of Anthony Blunt and Paul de Man, respectively) he achieves a blazing accord between style and subject matter.

But here  his characters, at times, appear submerged beneath their aesthetic overcoats.  After breakfast, Adam decides to visit his ailing father for the first time since he has arrived home. He weeps: “Altogether it is not a disagreeable sensation, this sudden extravaganza of grief, if grief is what it is, and he is pleased with himself, proud, almost, as if his tears were a demonstration of something… he feels almost invigorated, as if he had undergone a religious drenching. Shriven, he thinks — is that the word? Yes, shriven.” It is difficult not to feel as if Adam’s grief is a pretext for the linguistic special effects that follow; for the emotion in this citation is all too obviously subservient to the language. Later, when he reflects on his wife’s miscarriage, Banville has him wonder:  “Does she blame him for the miscarriage? …He cannot be sure; he cannot be sure of anything. The fact of the lost baby, the non-fact of it, is a tiny, desolate presence always between them, getting in the way.”  It is dismaying how that last sentence cannot help but entertain itself by pausing to make the fatuous declaration that the miscarried fetus is a “non-fact.”

Thankfully, at other moments The Infinities depicts the crises of its characters with greater tact. The elder Godley’s grief over his first wife is rendered precisely: “His eyes scald, his lips are cracked, even the follicles of his hair seem to simmer and twitch. He is convinced he has developed a smell, too, a rank hot meaty odor, and there is a brackish taste in his mouth that nothing will shift.” When Banville’s sentences do not feel built around a word, or perched on tiptoe to make a bumptious flourish,  their calculated splendor is impressive, not obtrusive.

Between the “comedy” and the spangly drama, (in one scene, a lovelorn Petra mutilates herself in a kimono) there are just such bursts of lovely sentences, whose details reverberate over the course of the narrative.  But one expects such luxuries — along with gin, and hazy beauties — in a Banville book. Alas, there are times we demand more from our gods.