The Kingdom of Infinite Space: A Portrait of Your Head 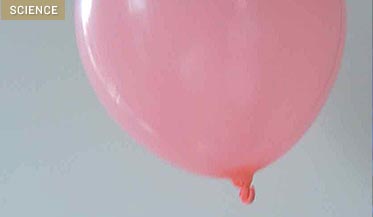 “Never Bet the Devil Your Head,” advised Edgar Allan Poe in 1841. Unless, I would add, you use your head and contact the head of state, who will recommend that you get a head start on your way to the trailhead. If no one heads you off at the pass, you’ll follow your heading to a head shop. There matters will come to a head, and you’ll make headlines for making a heady play — which will give you a swelled head before you head off into the sunset.

Okay, enough head talk. The point is that the head is important, or else it wouldn’t have infiltrated our language the way it has. The brain may be the most vital part of the head, but how many brain metaphors can you think of? Brain-based figures of speech? Not as many, I would reckon, notwithstanding the attention afforded the brain in a raft of recent books devoted to how it accomplishes its myriad duties. There’s something special about the head.

That’s the overarching point of Raymond Tallis’s compelling new book, The Kingdom of Infinite Space: A Portrait of Your Head. Tallis, a medical school professor whose writing also ranges through the humanities, gives himself an interesting task: to talk about the head without talking specifically about the brain.

Tallis treats the head as both an object and a place. As an object, the head does things like breathe, sneeze, and cry. It exudes sebum, saliva, sweat, and other substances and takes in food and water (to say nothing of air) through its largest orifice. It grows hair of different kinds. It hears and sees the world, and it speaks.

Hearing, seeing, and speaking edge the subject into a different place — because to perform these actions is not simply to absorb noise and images and make sounds. It’s also to sort out and make sense of one’s surroundings, and then to express that sense in the form of deliberate communication. In this respect, the head is a place as well as an object: it’s the place where sense is created. It thus becomes the center not only of knowledge and perception but of consciousness itself.

Consciousness is the central mystery that Tallis probes in this book. More specifically, the author devotes himself to the complicated consciousness possessed by humans, a sense of self that is affected by matters physical, emotional, and social, among others. The distinctiveness of The Kingdom of Infinite Space lies in the balance the author strikes between the physical and metaphysical aspects of human self-awareness, both of which are centered in the head.

In other words, human consciousness manages to be both embodied and disembodied — a paradox that one must be human to understand. Tallis embraces and explicates this paradox by ranging smoothly across different fields of inquiry. Consider his description of blushing, which is hard for scientists to test because blushing is almost impossible to generate upon demand. Tallis works through the physiology of the phenomenon (most important is the dilation of the facial vein in the presence of adrenaline). Then, using a specific blush he once witnessed as a “glass-bottomed boat enabling us to look at the depths upon which our ordinary moments float,” he shows how blushing expresses both physical self-consciousness (“assuming our bodies as our own, as ourselves”) and social membership (“the pooled consciousness of humanity”). Thus does he produce a remarkably cogent, multidisciplinary explanation of the hard-to-encircle idea of embarrassment.

Such discussions — and The Kingdom of Infinite Space has many of them — reflect Tallis’s distinctly un-Cartesian worldview. Many neurologists have likewise dedicated themselves to collapsing the binary of body and soul, resulting in interesting books like Joseph LeDoux’s Synaptic Self: How Our Brains Become Who We Are. Rather than looking for the origins of consciousness in “bursts of electricity in the wetware of the brain,” Tallis crafts a more integrative perspective that defines consciousness as encompassing not only cerebral biochemistry but also the body, the world around it, and the formative influence of the consciousnesses of other people. Tallis’s approach is profoundly humanistic in this sense and at least two others: first, he firmly believes that human beings are qualitatively unique in their possession of such a complicated sense of self. Second, he argues for the ineffability of this sense of self even as he seeks to explain it. Tallis can thus move from a physiological discussion of breathing to ancient belief in the pneuma, the Greek word for breath that also describes a spiritual connection between humans and the natural world. This approach might best be described as romantic science.

Tallis’s book fills the head with wonder; also with the factoids that one hopes for in works of this sort. For example, we can’t tickle ourselves because “the brain normally blocks sensations caused by the body’s own movements.” Or in a different area of the physical, emotional tears have more protein than those caused by pain or external irritants.

The Kingdom of Infinite Space glides gracefully from such amusing trivia to what Tallis calls “explicitly philosophical digressions” on what it means to be your head, and for your head to be you. As such, the book defies category. One moment Tallis waxes biological, the next moment philosophical, sociological, or medical, with the whole interspersed with literary references and occasional snippets of poetry. Moreover, Tallis has written a book at once both fact-driven and unusually personal. He uses images from his own life, ranging from his father’s deathbed to the scissors of a Turkish barber moving up his nose. He frames his chapter on kissing — which he imagines as heads colliding — according to his memory of a youthful kiss of his own. The reader learns in the course of this book that Tallis is not a young man, but his age is less important than the fact that he has evidently retained his sense of humor and simple fun. The Kingdom of Infinite Space showcases the easy and elegant play of a learned mind wearing lightly its erudition. It’s a book that can go to your head in more ways than one.