The Letters of William Gaddis 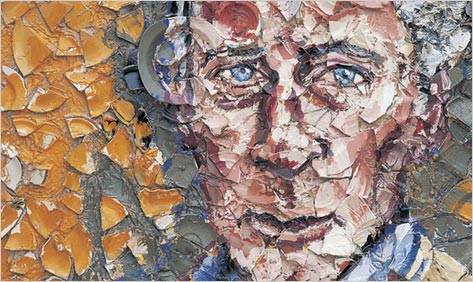 Reading the letters of the legendarily reclusive, interview-shy William Gaddis, it is impossible not to wrestle with the following question: why read the letters when we can just read the man’s novels? Gaddis himself makes a vigorous case against turning from art to biography in a fulminating letter dated March 2, 1955, just after the publication of his mammoth first novel, The Recognitions, which was first greeted with almost universal misunderstanding and derision but is now recognized as a landmark work that stands like a bridge between the baroque modernism of James Joyce and the playful postmodernism of Thomas Pynchon. The occasion for Gaddis’ ire is a “women’s magazine” that asked to serialize a chapter of The Recognitions, only to recant (in what Gaddis surmises was “frightened awe”) in favor of a facile profile of Gaddis himself. The full rant goes: “if you are a writer, they don’t want to buy and print yr writing, but rather a picture and what you eat for breakfast, &c. But then good God! that’s what the book’s about— It’s difficult not to strike a pose, for being ‘eccentric’ enough to try to get across that: What do they want of the man that they didn’t find in the work?”

That concluding question brings to mind Tolstoy’s response when asked to, distill Anna Karenina; if he could have put it more succinctly, he replied, he wouldn’t have written the book.  Still, I can think of at least three good reasons to read Gaddis’s letters, now finally available to us in a stately volume edited by longtime Gaddis scholar and critic Steven Moore. The first would be that a better understanding of Gaddis as a human being will surely bring him down to earth for many curious readers who have taken a look at The Recognitions’ 900 pages (or even J R‘s 700) and immediately turned elsewhere. Some tourism in Gaddis’ personal life is surely worthwhile if it gets more people to try his books. The second reason is that these letters open a fascinating window onto a lifestyle that seems to be disappearing from the mass conception of what an author is: the non-careerist novelist, for whom writing is more akin to a calling that bobs and weaves through a multi-faceted existence, rather than someone whose personal life is imagined to be nothing but sitting at a desk, writing page after page day after day.

And third and perhaps most important is the opportunity to gauge just why Gaddis wrote – and why he wrote the way he did. In the letters we can finally comprehend his often ambivalent, anxious relationship to his novels, his sporadic, long drawn out mode of composition, the way literary creation clearly draws him in to another space. He evokes it beautifully here, when he was feverishly working to complete J R: “apparently I’m regarded as an ‘experimental’ writer, and one thing that takes so much time with J R seems to be that since it’s almost all in dialogue I’m constantly listening, write a line and then have to stop and listen, does it sound like this character talking?” In a later letter we get an idea of just what called Gaddis to write: “I suppose it has a lot to do with creative lag, the attempt to rekindle one’s fires after the dampened blaze of J R but I’ve simply not yet got any grasp of a central idea for another book of the obsessive proportions that kept both other books going.”

Indeed, the picture that emerges of the off-the-record, daily existence of a literary genius may be the biggest bonus of this treasure-laden volume. Though The Recognitions was published in 1955, it was seven years before it was published in the UK, over a dozen before Gaddis received any prizes of note, and close to two decades before he found a place within a community of like-minded intellectuals. It is most rewarding to watch the rich journey, from the young man embarking on a project whose scope and duration he could hardly guess at to a middle-aged author who had finally found a small but dedicated collection of peers and readers. In this, the letters offer us a glimpse of literary “success” quite different than what’s typically represented in mass media, a version of success that I would argue is a more appropriate and honest depiction of the rewards a dedication to art should want. The fact that even a man of Gaddis’ indomitable will and lasting vision still must feel the cuts of indignity and poverty adds poignancy and a hint of irony to his struggle, as few 20th-century writers waged a more articulate defense than he of the rewards an artist should want to accrue within the capitalism system.

If the letters are a sort of autobiography, as Moore asserts in his useful introduction, then it is a satisfying story with a few lags here and there. Roughly the first half of the book occupies Gaddis’ college years, subsequent wanderings, and the writing and publication of The Recognitions. Kicked out of Harvard in his third year due to an incident involving drink, as a young man he was so in love with the education had while traveling Latin America, Spain, and France on a shoestring budget that it is clear that this was the education he was meant to have. Gaddis performed physical labor in Panama, worked on construction of a pipeline off of a boat on the Mississippi River, wrote for UNESCO in Paris, and apparently did sundry odd jobs in between. He also frequently wrote home to his mother for money, and it is beyond argument that these regular infusions of cash permitted him to travel the world, achieve his education, and write the first significant chunk of what would become The Recognitions.

With his mammoth first novel behind him,  Gaddis settled in the United States with a wife and two children,  and money concerns began to loom large; the awarding of generous grants finally permitted him to make serious headway on his second novel, J R, which he conceived of in 1956 but did not publish until 1975. The tone of the letters in this time changes substantially. He writes less and less frequently to his primary young adulthood correspondent, his mother, and we begin to see his consciousness refracted through the multiple relationships that tend to nourish a healthy adult life: his peers, his children, his romantic partners, and the mature friendships that last the duration of his life.

Gaddis was conspicuous for his refusal of almost all interviews, and much of that hidden personal life emerges here. A continual delight in the mature letters are the moments when Gaddis is clearly writing more to himself than to his correspondent, as in this letter that he enclosed with a copy of F. Scott Fitzgerald’s The Crack-Up, which he had just given to his 14-year-old daughter:

Obviously it’s not for you to sit down and read straight through but I thought you would be interested in what one writer turned the idea into and continue and expand your own along the lines of catching ideas, impressions, thoughts, images, words and combinations of words and overheard remarks and stories and anecdotes at that instant you encounter them, which is so often one you can never recreate purely from memory and may in fact lose forever. Of course in this case, assuming Fitzgerald never expected these notes to be published, I think you find a lot of material which he would have reconsidered and thrown out and never wanted published; but at least, having written them down, he gave himself that choice, rather than putting himself through those long moments of trying to remember —What was it? that remark I heard yesterday, that idea I had last night . . . What is it that makes end of summer at Fire Island unlike anywhere else, and yet like a concentration of the whole idea of summer’s end everywhere . . .

The letters from this period of Gaddis’ life also contain more than their share of publishing gossip. Gaddis’ reaction to his nomination for the 1976 National Book Award typifies the jaded, necessarily mercantile eye he cast at the publishing business:

Into fuzzier areas, the one I mentioned to you last night which both Candida and Bob do not appear to attach practical ($) significance to, Bob says for now regard it as an entertainment (my word). Books nominated for the Nat Book Award are mine, Woiwode’s, Bellow’s, then 3 books of stories (!) by Nabokov, Hortense Calisher, and Joanna Kaplan whom nobody’s heard of (Bob published it & can’t understand its inclusion). No Ragtime, no Dead Father, no Guerillas. But if the book selections are odd, the judges are even odder; a writer, a critic, and a complete idiot: Wm Gass, Mary McCarthy, and Maurice Dolbier. [Dolbier was an early detractor from The Recognitions whom Gaddis later decried as a “phony” when he wrote a fluff piece surrounding its 1962 U.K. release.]

In the 1980s and ’90s we see Gaddis having finally found a way to more or less survive as a permanent outsider artist, taking no small comfort from the efforts of those few souls determined to explain him to the rest of the world (leading the way are Tom LeClair and Steve Moore), yet still railing against the idiocy of the marketplace and feeling the sting of condescension from his intellectual inferiors.

Overall Gaddis’ letters make for remarkable, stimulating reading. They have been extremely well curated by Moore, and although there are a few places where one might want to skim, they make for a surprisingly gripping read for a book of this nature. Moore’s cross-referencing and notation of sources, as well as his sharp eye for individuals and phrases that would later crop up in Gaddis’ books, is impressive. My only criticism would be that at times his notes can be overbearing: is it really necessary to remind someone acquainted enough with literature to be reading Gaddis’ letters who Dostoevsky was?  Or, arguably worse, when Gaddis asks his mother for a “Jackson,” Moore dutifully annotates it “Jackson: their code for a $20 bill.” Yes, their “code” — and everyone else’s who spends American currency.

With the letters and Gaddis’ major works now published by the Dalkey Archive Press, it seems this author whose major writing was out of print and largely unavailable as late as the 1990s is in good hands. These letters will surely be rewarding for those who have found common cause with Gaddis’ novels, and they should be read by anyone who seriously cares about being a writer or understanding the struggles of the true artist in a capitalist society.

Veronica Esposito is a critic, writer, and editor whose work has appeared in The San Francisco Chronicle, The Philadelphia Inquirer, The Los Angeles Times, and many other publications. In 2004 she created the widely praised literary website Conversational Reading, which can be found at http://conversationalreading.com.