The Liberal Hour: The 1960s and the Remaking of American Life 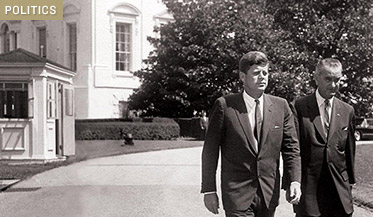 A few blocks southwest of the United States Capitol, on a site bounded by Independence Avenue, South Capitol Street, C Street S.W., and First Street S.W., sits the Rayburn Office Building. It is named for Sam Rayburn, the taciturn Texan whom most historians consider the greatest speaker of the House of Representatives to ever serve the institution, and as a sign of respect, it houses an oil painting of Rayburn, a marble sculpture of Rayburn, and a bronze statue of Rayburn. Rayburn deserves the tribute. During the New Deal, he shepherded the Securities Act of 1933, the Securities Exchange Act of 1934, and the Public Utility Holding Company Act of 1935, to passage. He mentored Lyndon Johnson and was close to Franklin Delano Roosevelt. But it was a small, virtually unknown change he made to the rules of the House that ranks as his greatest accomplishment.

Rayburn would later call the effort to expand the Rules Committee “the worst fight of my life.” It was also, as G. Calvin Mackenzie and Robert Weisbrot argue in The Liberal Hour, the most important. Without it, the incredible legislative achievements of the 1960s would have been stillborn in the House of Representatives, wrapped in a parliamentary choke hold applied by southern Dixiecrats. The game was as easy as this: Each bill that goes to the House floor requires a “rule” that sets the time allotted for debate and the types of amendments that can be considered. The rule is decided by the Rules Committee in a hearing. And the chairman, Howard Smith, could simply decline to set a hearing date. That didn’t kill the bill so much as preventing it from ever enjoying life. “It was a legislature run like an oligarchy,” say Mackenzie and Weisbrot.

When John F. Kennedy was elected to office, he summoned Rayburn to Florida to steel the speaker for a simple proposition: expand the Rules Committee. Enlarge it from 12 members to 15 members and stock it such that the forces of progress enjoyed a working majority. The vote was close, and hard, but it was won, and it set the stage for all that followed.

The next few years were some of the most remarkable in American history. They brought us the Civil Rights Act and the Voting Rights Act. Medicare, Medicaid, and Head Start. The Clean Air Act and the Endangered Species Act. The National Endowment for the Arts and the Corporation for Public Broadcasting. (That’s right. You can thank Lyndon Johnson for Julia Child.) They created the country’s legislative architecture as we know it. The question is how.

American politics, after all, is not a friendly place for the progressive reformer. We may not be a center-right nation in our attitudes, but we labor under a system of government that is surely conservative in its outcomes. As Mackenzie and Weisbrot argue, “Periods of great policy upheaval are rarities in American history. The American system of governance is by nature conservative. It is a collection of traps and catches designed to hamper majorities, to slow the process of change, to favor the status quo. Most of the time, inertia is the most powerful force in government. Those who succeed change have to succeed at dozens of potential veto points. Those who seek to prevent change usually have to succeed at only one.”

But for a single remarkable decade, those who would seek to prevent change couldn’t even manage that. Mackenzie and Weisbrot argue that that is what made the ’60s such a unique and transformative instant in our nation’s history. “The whirligig of protest, counterculture, youthful rebellion, drugs, sex, and rock and roll may have shaped the tone and many of the images of the era. But, in the sharper focus of historical distance, it is now clear that many of the lasting effects of the 1960s had their roots in the liberal agenda and practical politics, mostly legislative policy making.” Government worked, in other words, and that meant the sentiments of the moment were woven into the legal fabric of the country.

But if Mackenzie and Weisbrot identify one of the eras oft-neglected heroes — the legislature — they don’t quite tell a clear story as to how it overcame its inertia and emerged as such a champion. There was the triumph on the Rules Committee, of course, though they don’t delve deeply into the drama of that close vote. There was the considerable skill of Lyndon Johnson and his important partnership with Everett Dirksen, the leader of the Senate Republicans. There was the rise of television, “around which a nation gathered to collect its information and observes it politics,” and whose capacity to focus public attention on a single agenda nationalized issues that would have been regional, like race and poverty, and regionalized issues that would have been local, like consumer protections and the fog of pollution. There were the social movements that put pressure on the legislators and the Keynesian theories that led experts to advice presidents to spend ever more.

Change, however, is rarely monocausal. It’s human and messy and contingent. But it happens, and when viewed in the broad sweep of history, it even happens with a sort of regularity. Towards the book’s end, Mackenzie and Weisbrot bring up Arthur Schelsigner’s theory that the pattern of American change is best described as a cycle that pairs short bursts of progress with long periods of stasis. “Reform energies build slowly and flower in the short spaces between periods of conservative dominance. Humans cling to sameness. What is natural is consistency, to do this year what one did last year, perhaps with incremental changes?Even when those routines are imperfect, tolerating their imperfections is often easier than trying to change them. But over time, the burdens of imperfection accumulate and fester and then become unbearable. This is the moment when reform pressures build, when the forces of the status quo can no longer defeat them, when change explodes.”

If that is an apt description of the chaotic and unpredictable process by which reform occurs, however, it is of relatively little use to those who mean to manufacture it in their own time. It is good to have great men and a ripe moment and ready ideas, of course, but it is hard to know when such an alignment has occurred. Indeed, as Mackenzie and Weisbrot show, it was hard to know that the ’60s were such a moment. Kennedy was a comparative newcomer, and Johnson was a southern conservative who’d often opposed civil rights legislation. But the moment beckoned, and the participants proved surprisingly able to harness it. Part of their genius was to realize that if the moment were to turn into an era, then they needed to understand that their enemies were not merely those who preferred the status quo but also the legislative system that was so accustomed to inertia. Modern reformers would do well to absorb the lesson.

Ezra Klein writes on economic and domestic policy for The Washington Post, at http://voices.washingtonpost.com/ezra-klein. He has been an associate editor at The American Prospect and contributes to the group food blog the Internet Food Association.

Previous Previous Post: Besa: Muslims Who Saved Jews in World War II
Next Post: The City and the Mountains Next