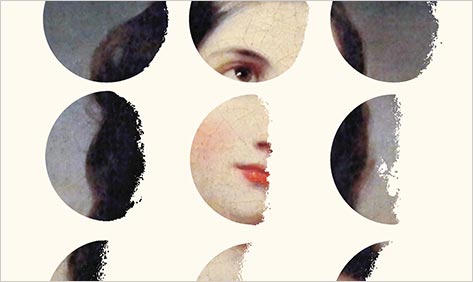 In Eleanor Catton’s intricate and enthralling novel The Luminaries, the only thing missing may be a deadly snake or two slithering down a bedpost to strike an heir whose fortune is coveted by an evil twin. Catton’s plot certainly has everything else:  smuggled gold, shipwrecks, opium, forgery, stolen identities, séances, Chinese, Presbyterians. Had Robert Louis Stevenson or Wilkie Collins managed to collaborate with Joseph Conrad or Amitav Ghosh, this might have been the result. But Catton is far more than an inspired mimic, as the novel’s opening scene makes gloriously clear.

On the evening of January 27, 1866, twelve men have gathered in the smoking room of a hotel in the gold-mining town of Hokitika, New Zealand. A newcomer observes that “…the studied isolation of each man as he pored over his paper, or leaned forward to tap his ashes into the grate…conspired to form the very type of bodily silence that occurs, late in the evening, on a public railway — deadened here not by the slur and clunk of the coaches, but by the fat clatter of the rain.” Young Walter Moody, freshly arrived from Scotland to prospect for gold, is at first unaware that he has disturbed a private conference. Yet the air is heavy with tension, conveyed in glances and silence.

Catton’s portrait of Moody (“His grey eyes were large and unblinking, and his supple, boyish mouth was usually poised in an expression of polite concern”), of the premises (“The view through the two small windows that flanked the hearth was over the hotel’s rear yard, a marshy allotment littered with crates and rusting drums…”), and of Moody’s voyage (“The seething deck, the strange whip of light and shadows cast by the sails that snapped and strained above it…”) lure the reader into a shadowy world, dense with secrets. Within a few pages, the plot’s broad wheel begins to revolve around the events of a single night in mid-January.  A reclusive drunk is found dead in his cabin, where a fortune is later discovered; an opium-addicted prostitute lies unconscious on a nearby road; a rich prospector vanishes. The twelve men, each connected in a different way to these dramas, have met to sift for the truth. The unlikely gathering includes a banker, a Maori carver, an opium peddler, a political fixer, and a prison chaplain. They soon learn that Moody has traveled on a ship captained by Francis Carver, whom they suspect of murder and other crimes. What’s more, Moody has legal training. He agrees to listen to their story, to become, as he later concludes, “…the unraveler…”

There is much to unravel. Indeed, Catton adds so many layers and twists that, at about 500 pages in, the reader may flounder.  Who is the father of the prostitute’s dead baby? Did Moody see a bloody phantom aboard Captain Carver’s vessel? How could a stray bullet, aimed at the heart, vanish? Whose gold has been sewn into a mistress’s gowns? Who is whose half brother? Then there is the novel’s astrological template, the author’s introductory reference to “…the Age of Pisces, an age of mirrors, tenacity, instinct, twinship, and hidden things…” and  her declaration of faith “…in the vast and knowing influence of the infinite sky.”

These proclamations aside, Catton’s prose rarely soars. It remains wonderfully earthbound with descriptions of weather and light, of mannerism and speech that vividly evoke a wild place and its disparate inhabitants. Hokitika, for example, is first glimpsed as “…a shifting smear that advanced and retreated as the mist blew back and forth,” and its river waters are “…grey and opaque as a pewter plate.” Of Carver, Catton writes, “There was a heavy quality to his features, as though they had been hewn from some kind of mineral; something elemental and coarsely grained that would not polish…” and of the town jailer, “He had always been irreproachable in his conduct, and as a consequence, his capacity for empathy was small.” Her dry humor is similarly acute. “It was, on reflection, rather early in the day to be drunk,” one character admits to himself when thrown into conversation with a clergyman, but  “…from his accent Balfour knew at once that he was Irish; he relaxed, and allowed himself to be rude.”

When the missing prospector suddenly reappears, a fresh wind enlivens the churning narrative, explanation makes way for action, and a tense courtroom drama further heightens the suspense. Finally, Catton ascends to view her characters from a celestial height in poetically spare closing chapters that shine like the gold at the novel’s heart.