The Man Who Never Returned 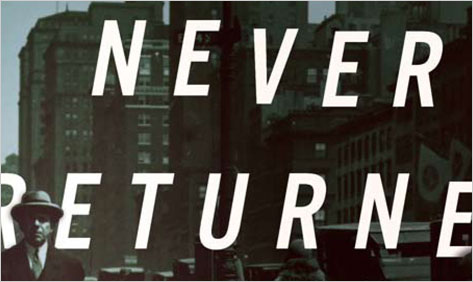 Few threads have disappeared so completely into history’s loom than the story of Joseph Force Crater. A graduate of Columbia Law and a darling of Tammany Hall, Crater rose swiftly in the avaricious milieu of Jazz-Age New York politics; by the time then-governor Franklin Delano Roosevelt appointed Crater to the New York State Supreme Court in April 1930, the once-upstanding young jurist was awash in chorus girls and shady business deals. Vacationing in Maine that summer, Crater was called back to New York on a mysterious errand. A few nights later, his wife in Bar Harbor awaiting his return, Crater stepped into a taxi on 42nd Street after eating dinner with friends. He was never seen again. Like the mysteries surrounding Amelia Earhart and infant Charles Lindbergh, Jr., Crater’s disappearance fascinated a nation recently plunged into the Great Depression.

Novelist Peter Quinn begins The Man Who Never Returned when the trail has grown cold and Crater’s fame is all but forgotten. Fintan Dunne, the anti-anti-hero of Quinn’s previous novel, The Hour of the Cat, is a superannuated detective with the requisite thick skin: veteran of two world wars and years on the NYPD, he’s straight out of central casting. But Dunne is done: having built and then sold a successful detective agency, struggling to enjoy an early retirement in Florida, he finds himself hopping trains to Chicago and Los Angeles to check up on branch offices and old contacts. Then a surprise: he’s summoned to New York by a quirky, demagogue-ish newspaper mogul, by the name of Walter Wilkes, who wants to resurrect the Crater mystery in order to launch a new glossy magazine to compete with the likes of Time and Life. Wilkes’s monologues are a bore, and his designs for magazine publishing and the Crater mystery are more than a little bit implausible. The case is now is a quarter-century old, its every lead exhausted. But Dunne can’t resist a cold case—and Wilkes’s young assistant, the driven and alluring Nan Renard, captures his imagination.

My friend Joshua Glenn calls the cohort born between 1894 and 1903 the Hardboiled Generation. It was, as Fitzgerald would write in his debut novel, This Side of Paradise (1920), one that had “grown up to find all Gods dead, all wars fought, all faiths in man shaken.” The men in Quinn’s book are born of this generation. Caught between the rigors of combat and the ennui of peace and pleasure, they bear all the hardboiled hallmarks: the brittle dialogue, the breakfasts of bourbon and toast, the small-time tribalism of old New York. But the pleasures of The Man Who Never Returned are not to be found in its fealty to timeworn conceits. “History is one damn thing after another” could be a hardboiled sentiment, but it was historian Arnold Toynbee, born too early to be a proper hardboiled, who coined the phrase. He used it disparagingly, arguing in essence that those who believe it are condemned to experience it. The past, he argued, only makes sense when we can step back and see it whole.

But when does the luxury of that perspective ever present itself? In fact it’s never so neat as one thing after another; it’s many things happening all at once, most of them beyond hope of sorting out. One of the pleasures of historical fiction depends on the author’s skill in interweaving the fabular and the factual—knitting into the tangled skein of acts and things a single golden thread of story. The task is similar to that of the criminal, really—if it’s done well, it’s impossible to know warp from weft. Quinn works his jaded dicks and dames with scores to settle quite intimately into that weave, where they sparkle and gleam. Their tics and hangups tell us what we need to know not only of their characters, but of their times as well. Explaining the tough Dunne’s aversion to airliners, Quinn writes, “Planes always brought back the war, the rush, the anxiety, the need to get everywhere in a hurry. The thrill of looking down on the world from several thousand feet wore off quickly.” There may only be a hip flask’s worth of psychology in that observation, but it’s served neat.

Quinn’s jaded cops quote Ecclesiastes and Poe, Dante and Thomas Aquinas. St. Thomas’s aesthetic of clarity is especially salubrious in Dunne’s line of work—and true to the hardboiled genre, it arrives almost too late. But in the end it’s not Aquinas but an older saint, Ambrose, who holds the key to the Crater mystery—and that’s as close to a spoiler as this review will come. The presence of such ancient shades in The Man Who Never Returned seems fanciful, but they’re a reminder that the diversions and demons Quinn’s characters pursue are ancient ones, not limited to one era or generation. In the end, the mystery is unraveled—but history claims its prerogative, swallowing up the answers. Joseph Force Crater—his name like the open hole in which Fintan Dunne and his generation first saw death—remains missing to this day.