The Men in My Life 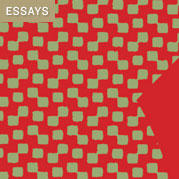 Criticism, wrote Oscar Wilde, is “a mode of autobiography…. It is the spectator, and not life, that art really mirrors.” Vivian Gornick might well have taken this as an epigraph for The Men in My Life, a collection of eight short essays on (male) writers whose work has won the critic’s passionate attention. The act of reflecting on works of literature turns into a kind of introspection-by-proxy. Not that the essays turn into narratives about herself. Gornick has published memoirs, but not here. She looks at the novels of George Gissing, or H. G. Wells’s Experiment in Autobiography, or Randall Jarrell’s role as poetry critic, and finds them elaborating themes that resonate with her concerns with “the intimate relation between literature, emotional damage, and social history.” The odd phrase in that sequence being, of course, “emotional damage” — which in the fabric of her preoccupations is woven in very tightly with the matter of how men and women treat one another. She admires the verbal brio of Saul Bellow and Philip Roth but cannot escape the problem of their misogyny; it raises the question of how much of their brilliance is driven by the need to protect themselves from the dangers to the ego involved in seeing women as human beings. Gornick belongs to the generation of American feminists that was willing to pose things in terms just so stark as that. All of the essays are short. They strike the bedrock of insight (in the best cases, anyway; a couple never really do) then call it a day. But there soon emerges a pattern, a critical mosaic, that proves rich and complex enough to reward a second reading.