The Protocols of the Elders of Sodom 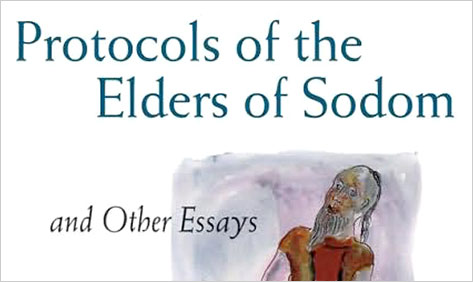 The acceleration of the global news cycle and the boom in its consumptionthe Al Jazeera effect, if you will, have assured that these are inescapably political times. The point of return in Tariq Ali’s collection of essays and journalistic pieces, The Protocols of the Elders of Sodom, that politics and literature favor the same springs, is hardly novel. What makes the Lahore-born novelist and intellectual’s musings substantive, however, is the discernment he brings to the oscillating, tangled, and sometimes inverse values pinned to storytelling and statecraft in the West and Middle East. Spread among the essays and journalism pieces in this collection are remonstrations against those too lazy to see the politics in their aesthetics, or vice versa. For instance, there is a scolding of Harold Bloom for omitting in his introduction to Edith Grossmans translation of Don Quixote an excavation of the political, historical, and religious conflicts that gusted around the book’s inception, and an intriguingly argued supposition about why the spirit behind the fatwa against Salman Rushdie was political, not religious. There is also a refreshingly prickly assessment of Tolstoy’s patriotism. With regard to the book’s title essay, which provides a day-glo indicator of the author’s political bearings, Ali takes a look at Proust’s linking of Zionism and Sodomism. This mushrooms into a radical gay liberation argument as articulated by a righteous heterosexual. Because the persecution of homosexuals continues, Ali writes, the Sodom Question will not go away — ergo, the establishment of a Sodomstaat (the State of Sodom or Sodomistan) in the area close to the Dead Sea where the cities first existed has become an urgent necessity. As evidenced by that statement, retiring essays these are not.