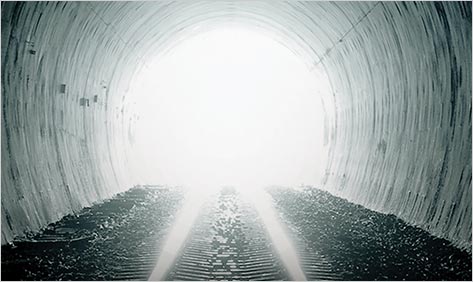 Doug Most captures nicely my first experience with a New York City subway car back in the early winter of 1970: “clip-clopping along at five miles per hour and filled with an unbearable stench.” The memories are cruelly unforgettable of the local No. 1 train headed downtown, wheels shrieking—even at five miles an hour—like someone being repeatedly stabbed. “Most coaches had no ventilation, no source of heat…and faint light at best, so not only was the smell horrendous but passengers were cold and virtually blind inside.” Yes, I remember it was just so.

By then, the subway I rode was seventy years old, yet it was a spitting subterranean image of what Most was talking about in those quotes: the horse-drawn streetcars and carriages, and later the electric streetcars and the Els, that choked Boston and New York’s city streets in the nineteenth century, choked them until they didn’t move. The Race Underground, Most’s fervent and admiring history of the two cities’ quest for rapid urban transport, is a crackerjack tracing of that evolution as it draws portraits of both the characters at work to make it happen, and the vile, homicidal, and weirdly mesmeric streets.

Two hundred years ago, most city dwellers walked wherever they wanted to go. Horses, however, were never far away. Perhaps you rode on the horse’s back or, by 1827, you hitched it to an “accommodation,” a public conveyance with two front-to-back seats, or by 1829, a “sociable,” another public conveyance, this time with the seats running lengthwise. Starting in 1831, the omnibus terrorized the streets —“Bedlam on wheels” — pulled by teams of horses galloping to get fares. These modes of transport routinely killed pedestrians when they weren’t making the simple act of crossing the street plain miserable. If that didn’t intimidate and appall you enough, there was the manure. Our equine friends produce up to fifty pounds of it each day. Farmers had commenced the switch to chemical fertilizers, and the manure went begging. In 1888, there were 21,736 streetcars being pulled by horses along U.S. city streets. You do the math.

Compounding the problem and thwarting investment in a remedy, writes Most, was the world’s second-oldest occupation: the corrupt politician. Boss Tweed, state senator and head of New York’s Tammany crime syndicate, is everybody’s favorite. A portion of Tweed’s fortune was intimately tied to the omnibus, where he extorted a nickel for every ride, so is it any wonder he, “Blocked any attempt that came along that might threaten his empire, with a whisper, a nudge, a payoff, a threat, or a promise”? Gridlock ruled the streets and when you looked up, if you were one of the unfortunates whose city chose to go the elevated route, a rain of hot oil, cinders, and soot met your curiosity.

But underground? This was not an idea that people would instinctively cotton to. It was no fit place for the living. It was damp, cold, gassy or airless, and damn dark. London had built a subway, with a steam locomotive—what were they thinking?—with the expected results. Author Most charts the course of the subway’s gradual insinuation into the public sphere as an inveigling mix of the far-sighted with the ominous. Far-sighted because the electric subway car was “faster than the horse, cleaner than the steam locomotive, more reliable than cable cars, and capable of powering entire transit systems”; ominous because no matter how rectitudinous the Whitney brothers, our protagonists, are painted — and Most is a bit starry-eyed in their presence, once claiming that when Henry Whitney bumped into any of his workers on the street, “he acted as if they were friends, greeting them with a bright smile and a firm handshake”; he had 3700 employees and, evidently, a world-class memory — the Whitney brothers (Henry in Boston and William in New York City) were in it for power and loot. Most reins in the dazzle enough to appreciate that, for all their pedigree, the Whitneys were not that far up the food chain from Mr. Tweed. “Whitney admitted that, yes, his plan, if successful, would most likely bring him great riches,” riches from the public trough. That was Henry; this is William: “He controlled nearly every lighting, heating, and power line,” and his Metropolitan Street Railway Company was “an all-powerful monopoly.”

The title of the book notwithstanding, there was no race to build the subway between the two cities. Boston had completed its first serious subway project years before New York City broke ground on their dig. Boston’s was no toy train, as Most, not without affection, called Beantown’s 1.8 miles of track. It was a significant feat that took lives to build, and played havoc with two landscapes sacred to Bostonians: the Boston Common, which it went underneath, and old burial grounds, which it went right through. Still, New York City’s twenty-one miles of track was a colossal enterprise.

Most, too, finds himself in the picture, taking a sentimental journey with his kids on the No. 1 train, a very different beast today, on a return visit to the city (Most is a deputy editor of the Boston Globe). But he makes way for a parade of characters who give you a taste of the money and the toil, the bankers and the sandhogs. He is also presents critical junctures with a subdued voice, which makes you want to listen closely: tapping into the fruits of the Age of Invention and a superb cast of zealous inventors, the great blizzard of March 1888 that sealed the subway alternative, the workplace tragedies (gas explosions, unintended dynamite explosions), the neighborhoods and businesses changed forever by the construction, the epizootic outbreak caused by the horses as surely as London’s street served cholera like hors d’oeuvres, the rude inequities of the Gilded Age, the liftoff of suburbia and the stretch of commuting, advancements in tunneling techniques, how bedrock shapes the topography of Manhattan’s architecture,

Most has done very well with this story of our embrace of the subway, though it is often like embracing a funky, unshaven uncle. It is one of our continuities: we can count on it to get us there, and count on it to break down; we can count on the pickpockets (“it took barely a minute of operation for the first theft on the subway to be reported…a $500 horseshoe pin with fifteen diamonds on it was gone” — today we would say it served the showboat right); count on the spooky ghost stations and drift ways; count on the impromptu concerts, the dance routines, the guy who uncannily replicates the sound of the signal to close the doors—each to make a dime during hard times. Same as it ever was.