The Scent of Pine 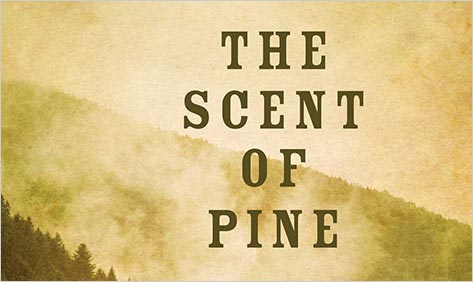 Since language is not nearly as portable as the other arts, displacement poses particular challenges for migrant writers. After abandoning the Soviet Union, Mikhail Baryshnikov barely missed a beat when he continued dancing in the West, nor did emigration to the United States prevent Mstislav Rostropovich from performing — transcendently — on the cello. However, Joseph Brodsky hit a few sour notes when he tried writing poetry in English rather than his native Russian.

Vladimir Nabokov offers the supreme example of a Russian master who managed to reinvent himself in luscious English prose. But during the past two decades, North American literature has been enriched by several other newcomers from the former Soviet Union, including David Bezmozgis, Keith Gessen, Michael Idov, Sana Krasikov, Ellen Litman, Irina Reyn, Maxim Shrayer, Gary Shteyngart, and Anya Ulinich. Shteyngart, the most celebrated of that cohort, was seven, an ideal age for acquiring a new language, when his family moved to New York. However, Lara Vapnyar was twenty-three in 1994 when, with scant English, she traded Moscow for Brooklyn. By 2003, she was able to publish a volume of stories, There Are Jews in My House, in her newly adopted language. It was followed by a novel, Memoirs of a Muse, in 2006 and another fiction collection, Broccoli and Other Tales of Food and Love, in 2008.

Like much of her earlier work, Vapnyar’s second novel, The Scent of Pine, focuses on émigré life and its discontents. At thirty-eight, Lena, who left Russia thirteen years ago, considers herself a failure. Unhappily married to another immigrant, Vadim, she is an adjunct instructor at a community college in Boston. While Vadim takes their two children to visit family in California, she attends an academic conference in Saratoga Springs, New York. Vapnyar’s wry wit is evident not only in the topic of the conference — “The Aesthetics of Oppression” — but also in the fact that no one shows up for Lena’s scheduled presentation, on “Sex Education in the Former Soviet Union.” However, she does strike up a conversation with a frustrated artist named Ben, who, at the conclusion of the conference, intends to drive up alone to spend a few days at his family’s cabin in Maine. He offers Lena a ride as far as Boston, and she accepts. Beyond the reach of Lena’s husband and Ben’s girlfriend, an immediate intimacy develops between the two strangers, who begin sharing candid details about themselves. Lena decides to accompany Ben as far as Maine, and The Scent of Pine consists of the stories that Lena and Ben tell each other throughout their journey north into the Pine Tree State.

The scent of New England pine is the petite madeleine that transports Lena back to her freshman year, when, to fulfill a requirement of the State Pedagogical University in Moscow, she worked as a counselor in a summer camp run by the Ministry of Defense. During much of the journey to Maine, Lena recounts to Ben her experiences in the camp, a pressure cooker for nubile adolescent passions. As part of her academic studies, Lena brought along copies of The Canterbury Tales, The Decameron, and The Arabian Nights, frame narratives whose structure of stories-within-stories parallels Vapnyar’s own novel. Lena notes that such works serve to cheat time: The Canterbury Tales because it was “about telling stories with the purpose of suppressing time, killing it so the journey seemed faster” and The Arabian Nights because it was “about telling stories to stretch time, to make it stop so that you don’t die.” During the few days they have with each other, Lena and Ben are desperate to manipulate time to fit the contours of their desires.

Lena envies the famous frame narrator in The Arabian Nights: “If only she could learn some of Scheherazade’s storytelling magic and make it last.” But of course she cannot. However, in the course of recounting her experiences tending little children and discovering her own sexuality at summer camp, she arrives at truths that had eluded her before. The stories that Ben tells about himself — his troubled relationship with his Romanian-born father, his failed marriage, his current loveless cohabitation with a lawyer who left her husband for him — are not nearly as interesting as Lena’s memories of an eventful Russian summer.

An aficionado of graphic novels, Ben owns one that resolves a mystery that has been haunting Lena since she was relieved of duties at the camp. Though it lacks the verbal virtuosity of Nabokov, Vapnyar’s novel, written in arch and understated English, needs no drawings to illustrate the painful loneliness of its characters. Though Vapnyar borrows the tools of Giovanni Boccaccio and Geoffrey Chaucer, her wistful and waggish account of disappointments in friendship, sex, and love is closer in spirit to Anton Chekhov, who, remaining in Russia, captured the universal melancholy of human mortality.