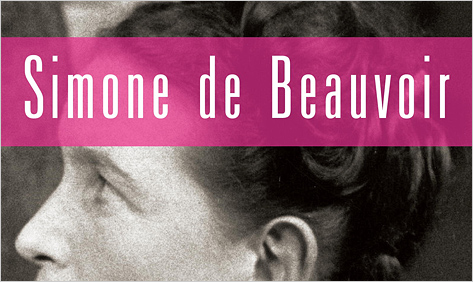 Simone de Beauvoir’s The Second Sex is the most important feminist book ever written, and yet English readers have never known precisely what it says. The 1953 English translation of the book by H. M. Parshley, which cemented its international reputation, was an abridged version, with cuts made at the insistence of its American publisher, Alfred Knopf. As feminists often note derisively, Parshley was a zoologist who lacked grounding in the existentialist philosophy that gave de Beauvoir much of her vocabulary. But until now, his translation has been the standard one, and no complete English version of The Second Sex has existed. So the arrival of Constance Borde and Sheila Malovany-Chevallier’s new, unedited edition, which comes out just over sixty years after the book’s first appearance in France, is an important literary event.

Yet it adds a bit less to our understanding of de Beauvoir’s ideas than one might think. In fact, reading it suggests that Parshley deserves more credit than he’s previously been given. This new Second Sex is less a revelation than a reminder of the messy, headlong brilliance revealed in the previous English edition. On a word-for-word level, it might be more exact, but it is, if anything, less lucid.

The new edition has already drawn withering criticism from some de Beauvoir scholars. “The best I can say about the new translation of The Second Sex is that it is unabridged, that some of the philosophical vocabulary is more consistent than in Parshley’s version, and that some sections…are better than others,” Toril Moi, author of Simone de Beauvoir: The Making of an Intellectual Woman, wrote in the London Review of Books in February.

The new translators are American women who spent decades teaching English at France’s Institut d’Etudes Politiques; like Parshley, their background isn’t in philosophy. By all accounts, they attempted to be scrupulously faithful to de Beauvoir’s words, but the result, wrote Moi, “is what Nabokov, a great champion of literal translation, called ‘false literalism’ (as opposed to ‘absolute accuracy’). The obsessive literalism and countless errors make it no more reliable, and far less readable than Parshley.” Moi is not alone in her estimation; in a letter published the next month, Nancy Bauer, a Tufts philosophy professor who the translators consulted for help, faulted their work for an awkwardness “so pervasive that it makes reading the text painful on pretty much every page.”

Yet if the prose is often clunky, it doesn’t obscure the astonishing scope and insight of the book itself. Despite its flaws, this new and complete version gives us a valuable opportunity to revisit a canonical work that prefigured so many of the famous feminist texts that came after it.

The Second Sex was de Beauvoir’s exhaustive effort to grapple with the strange predicaments that being a woman creates for a human being. The dilemmas she analyzed continue to obsess and sometimes torment modern women — the conflicts between meaningful work and maternity, the temptations of dependence, the painful artifices conventional femininity requires. Her work anticipates both second wave feminism and the reaction to it. “[T]he independent woman today is divided between her professional interests and the concerns of her sexual vocation; she has trouble finding her balance; if she does, it is at the price of concessions, sacrifices and juggling that keep her in constant tension,” she wrote, words that are no less true all these decades later.

De Beauvoir’s fundamental insight, which is now such conventional wisdom that it barely seems like an insight at all, is that throughout recorded history, humanity has been understood as male, with women situated as inessential others. Man is subject, women is object. This asymmetry, de Beauvoir argued, frustrates women’s dreams, deforms their psyches, and alienates them from themselves, while also dooming attempts to form reciprocal, loving relationships with men.

“History has shown that men have always held all the concrete powers; from patriarchy’s earliest times they have deemed it useful to keep woman in a state of dependence; their codes were set up against her; she was thus concretely established as the Other,” she wrote. Yet while de Beauvoir saw this situation as nearly universal, she didn’t see it as natural. Rather, it was the result of patterns of culture and socialization that emerged from the material circumstances of human history, patterns subject to transformation. As she famously wrote in Parshley’s translation, “One is not born, but rather becomes, a woman.” (In the new edition, that line is rendered as “One is not born, but rather becomes, woman,” which is less elegant without being more accurate).

When The Second Sex was first published in the United States, Elizabeth Hardwick, writing in the Partisan Review, called it “madly sensible and brilliantly confused.” That judgment still holds up. It’s a huge, often repetitive behemoth of a book, and its treatment of womanhood is alternately absurdly exhaustive and narrow.

De Beauvoir galloped widely, and sometimes wildly, across history and disciplines — the original choice of a zoologist for a translator makes more sense when one encounters her opening section on sexual differentiation in insects, birds, and mammals. But her understanding of humanity can be strikingly narrow, as if extrapolated entirely from the lives of middle-class Western intellectuals. There’s sometimes an audacious recklessness to her generalizations, particularly when it comes to motherhood, a state she regards with barely disguised horror. “A mother must have a rare mixture of generosity and detachment to find enrichment in her children’s lives without becoming a tyrant or turning them into her tormentors,” she wrote, a line which says more about her own life than about the human condition. Each reader’s own experience will determine which parts of The Second Sex feel shockingly perceptive, and which wrongheaded.

As a committed existentialist, de Beauvoir saw the freedom to create one’s own life, to define one’s own values and choose one’s own projects, as essential to human dignity. Denied such freedom, women are reduced to slavery or vassalage, even if they don’t know it. Because de Beauvoir hated the way society molded women, some passages in The Second Sex seem almost misogynist. “[T]he woman has been assigned the role of parasite: all parasites are necessarily exploiters; she needs the male to acquire human dignity, to eat, to feel pleasure, to procreate; she uses the service of sex to ensure her benefits,” she wrote. But this is not a criticism of anything essential about women — rather, it’s an indictment of the male society that deforms them. De Beauvoir wrote, “Many of the faults for which they are reproached — mediocrity, meanness, shyness, pettiness, laziness, frivolity, and servility — simply express the fact that the horizon is blocked for them.”

The author of the books The Means of Reproduction: Sex, Power, and the Future of the World and Kingdom Coming: The Rise of Christian Nationalism, Michelle Goldberg's work appears in Salon.com, Rolling Stone, The New York Observer, New York, In These Times, The New Republic online, The Guardian (U.K.), The Utne Reader, Newsday, and other publications and newspapers nationwide. She was a columnist for the San Francisco Bay Guardian and for Shift magazine and has taught at New York University's Graduate School of Journalism. She is a fellow at the Committee for the Scientific Examination of Religion.